We set out Saturday morning to tackle a new hike near Steven’s Pass on the western side of the Cascade Mountains called Heybrook Lookout.

This short but steep hike to the lookout ended up being about 2.5 miles roundtrip with 992 feet of elevation gain. You better believe our hearts were pumping after that mile going straight up, but the views were well worth the work out!

We didn’t realize there was limited roadside parking to access the trail. Thankfully we arrived relatively early and were able to grab a spot– by the time we were leaving, people were waiting along the road to take our place!

The trailhead was just visible through the trees and while the first few yards were dirt trail, it quickly turning to snow and ice.

We were really glad we had our microspikes and trekking poles, especially on the way down once the sun had a chance to melt some of the packed snow and give it a slick coating.

Others were not faring as well, and a couple of groups actually turned around and decided not to attempt it. 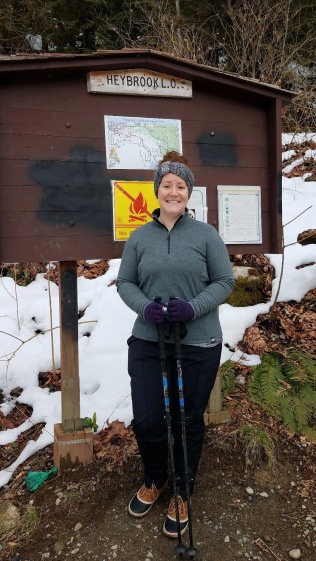 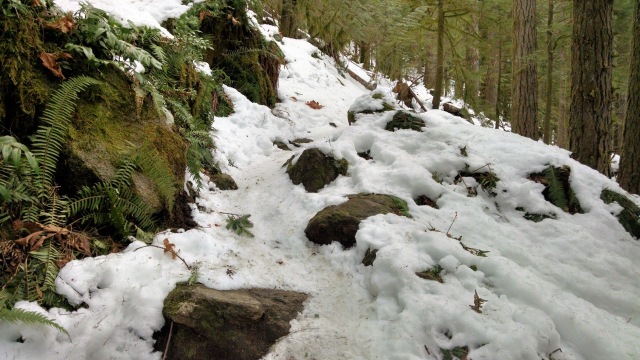 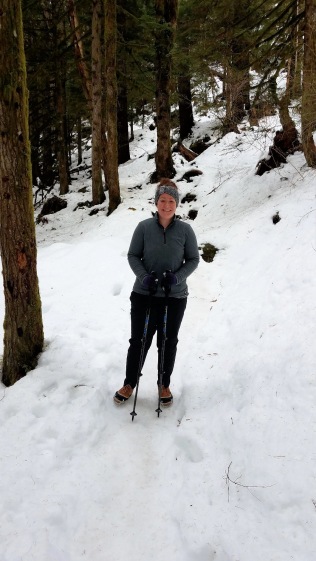 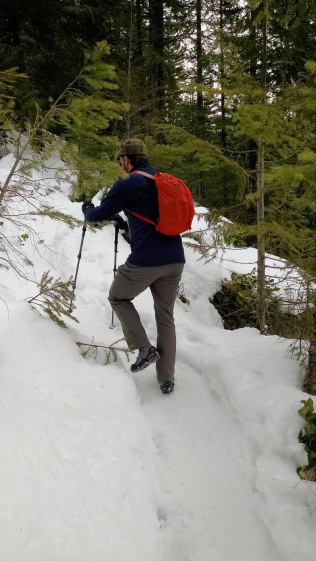 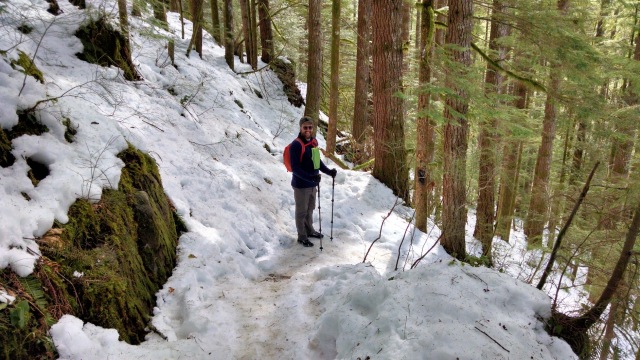 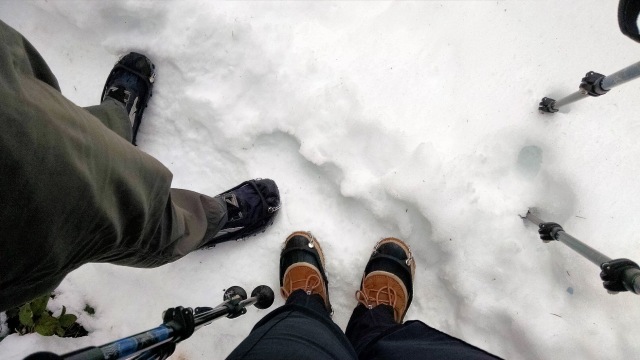 As we neared the top, we had a couple of great viewpoints out over the mountains as well as a clear view up the mountain of our destination–the lookout!

There were two other couples walking around and we followed their lead, leaving our poles and spikes on a nearby picnic table before mounting the stairs and climbing to the top.

There’s a large platform at the top and sweeping views of the surrounding area. It was absolutely beautiful!

The sun had just broken through the clouds and there were patches of blue sky–pretty amazing for a relatively short climb. 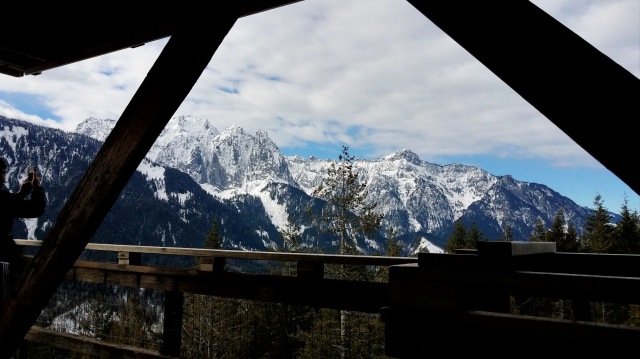 I didn’t realize you could rent out the loft at the top of the lookout during the summers and will definitely look into that later this year!

If you’re looking for a short but rewarding hike, I would definitely recommend Heybrook Lookout. If you go when there’s snow, I highly suggest taking appropriate gear so you can successfully complete the climb and enjoy the amazing views.