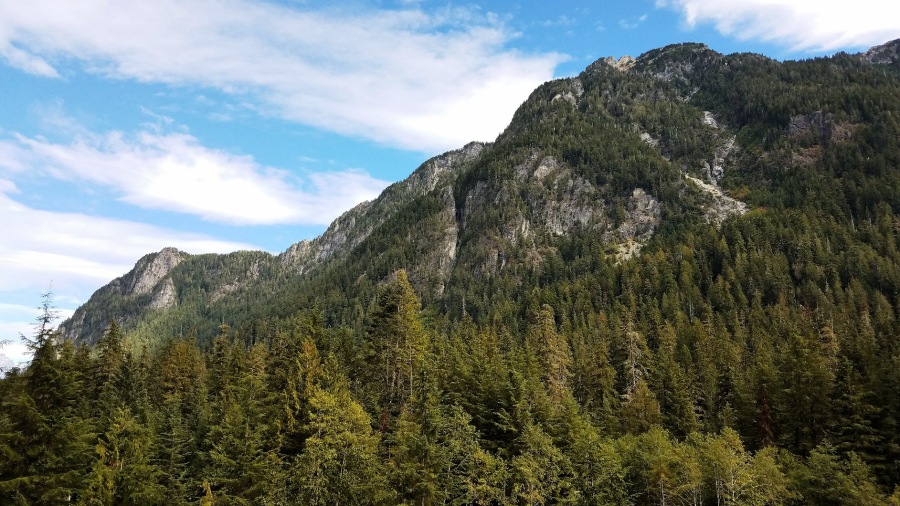 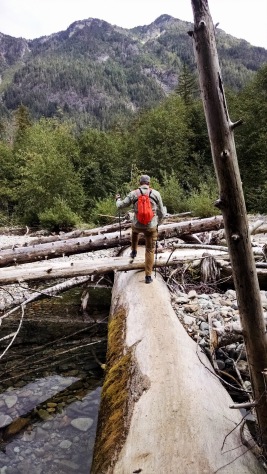 Ever since we hiked the Old Robe Canyon Trail and learned about the ghost town of Monte Cristo we’ve been wanting to hike to it. The trailhead is a good hour plus from our house and the hike is more than eight miles– not accounting for time to actually explore the site itself– so we were waiting for a weekend where we could fully dedicate one whole day to making the trip.

That weekend finally arrived and the weather was fine so we rode our motorcycles into the Cascade Mountains in search of the 1890s gold rush town of Monte Cristo.

After a late start and a stop at the ranger station to buy Northwest Forest Passes for the bikes we finally arrived at the trailhead mid-day to find the surrounding parking lots and roads packed with cars. Luckily it was easy to squeeze our bikes in along the road and we quickly changed out of our riding gear and into our hiking shoes.

As we set out, we came to some amazing overlooks where we could take in the surrounding mountains and a ravine and river running along the left-hand side of the trail.

We accidentally caught the Weeden Creek Trail when we came to the first fork in the woods and had to backtrack to the information board to reassess the map and try again. Afterward we were headed in the right direction and on our way to Monte Cristo! 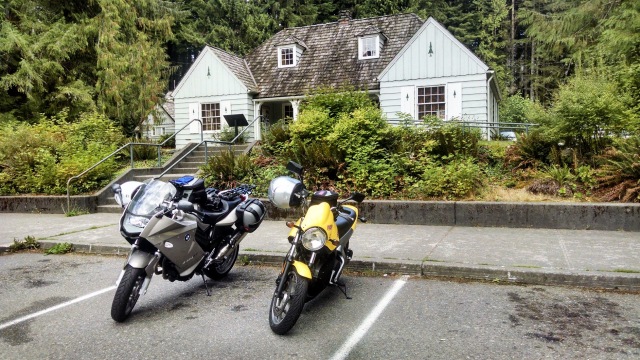 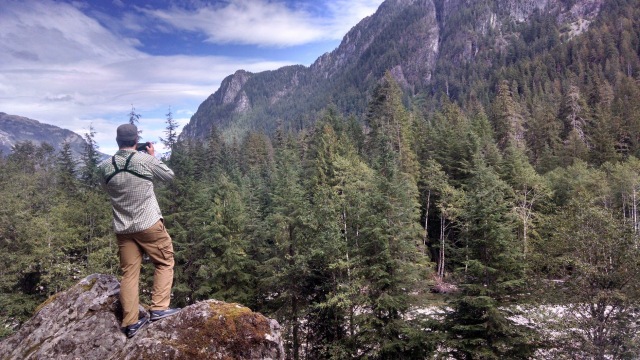 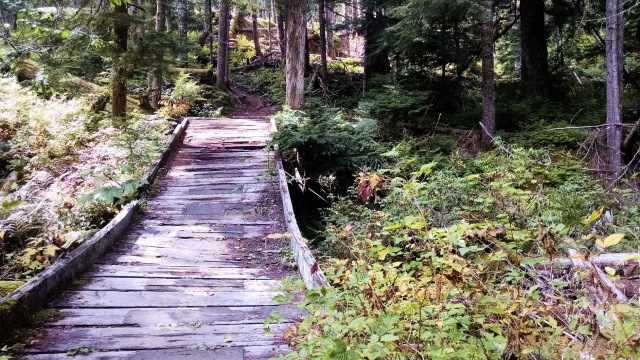 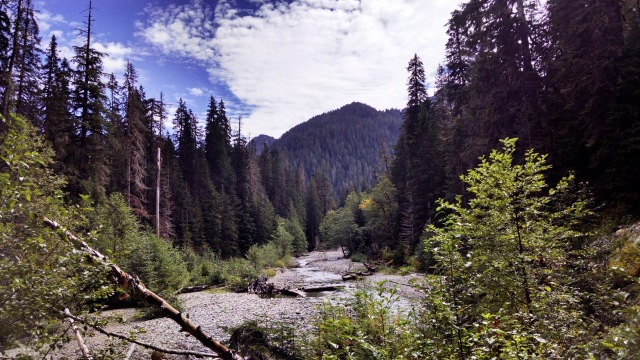 Our correct trail brought us through the woods and along the ravine before coming out to the river and a fallen tree trunk we had to slowly cross to the other side (you can see Brian’s balance beam skills at the beginning of this post!). From there the trail turned into a mini boulder field that while not impossible to navigate, certainly slowed us down.

Finally the road evened out into gravel and we began seeing more traditional trail signs, including informational plaques with information about Monte Cristo. There were only a handful of people on the trail and most of them were returning from their trip just as we were setting out so we had plenty of time to stop and take in the information.

One of the first sites was the former location of the Weeden House, which was a station on the Everett-Monte Cristo railroad. What struck us was how far the site was from town– it would have been quite a walk for townspeople heading to Everett.

Our hike continued uphill and through the woods on a relatively well maintained road until we finally came to a campsite and the entry to Monte Cristo.

As we were approaching the town, I stopped to take a photo of an information board with a drawn map of the area. I didn’t realize how big the former town was– we would have allotted more time for wandering around and exploring all of the artifacts and grounds had we realized just how much there was to explore! 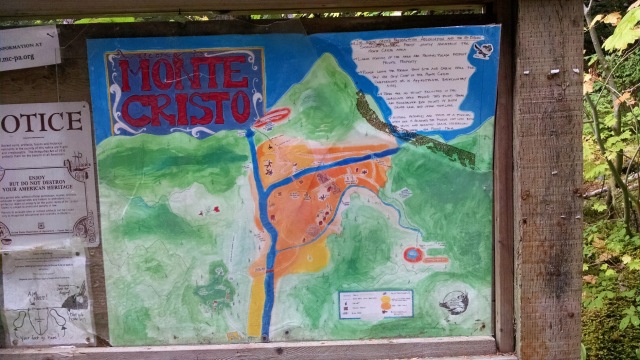 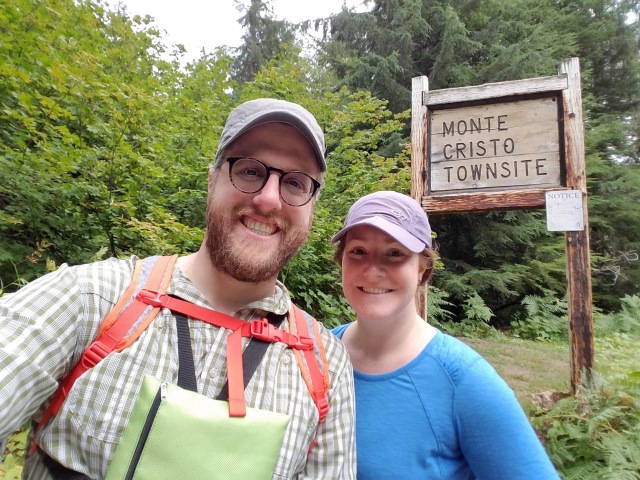 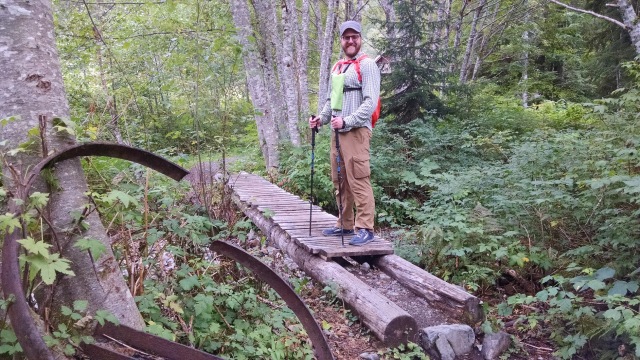 According to Seattle Refined:

One of the bustling mining towns that sprouted up during this time period was Monte Cristo, a robust town of 2,000 people that had a newspaper, a school, hotels, and plenty of saloons. Residents and investors believed it would become the greatest lead and silver district in the country. They built elaborate aerial tramways to carry ore and a five-level concentrator was finished in 1894.

Operations ceased around 1907 and the last townspeople left by the 1920s– the terrible winters and constantly flooding made the site less than ideal and people moved on, leaving a ghost town behind.

What’s slightly disturbing to me is that a full environmental clean up of the area didn’t begin until 2015. The mining operations left a huge amount of damage and waste, including high levels of arsenic and lead that have been impacting the ground and water. There were signs along our hike with warnings to keep people and animals clear of the contaminated areas. It’s crazy to imagine people having spent their summer holidays in that environment for the past 100 years, potentially never knowing the dangers of their surrounding environment.

We walked among the cabins and old powerhouse, and I especially enjoyed the railroad turntable still in place. There were rusting artifacts all over, only some of which were identifiable. 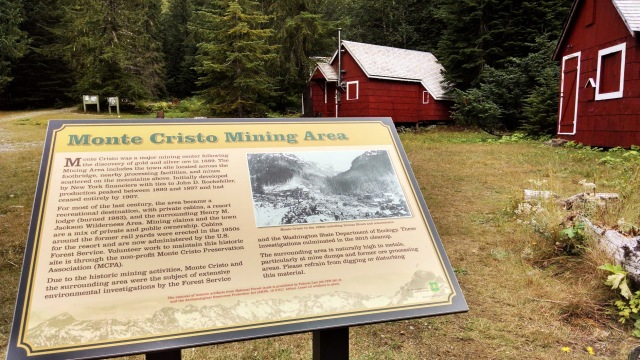 We continued our exploration by crossing a bridge over the river to a trail toward what was formerly the main street. There were signs indicating the former lodge, hotel, some old cabins, and then individual homes of some of the investors and leaders. While a few of the plaques had pictures, much was left to the imagination!

The sun was beginning to fade and we had a four-mile hike back out to our bikes so we decided to cut our visit short and head for home. Overall our hike ended up being about 12 miles and definitely took the better part of an afternoon.

Visiting Monte Cristo has long been on our list and while I’m glad we finally made it, there was a lot more of the townsite to see and nearby trails to explore. As with every adventure, there is never enough time and always a good excuse to return!