Despite Daylight Saving Time making it more difficult than usual to climb out of bed, we managed to get ourselves in gear and out the door early enough to be the second ones on a new-to-us trail near Granite Falls called the Old Robe Canyon.

It was a good thing we were early. The trailhead is right off a fairly busy road and there’s no parking lot—you simply find a spot to pull over on the brim along the woods, and that space is somewhat limited.

There was a big brick structure indicating the trailhead and making it clear where we needed to enter the woods once we were on foot, but if another group’s car hadn’t been parked along the road I think we might have initially passed it—it wasn’t terribly apparent as we were cruising down the road! 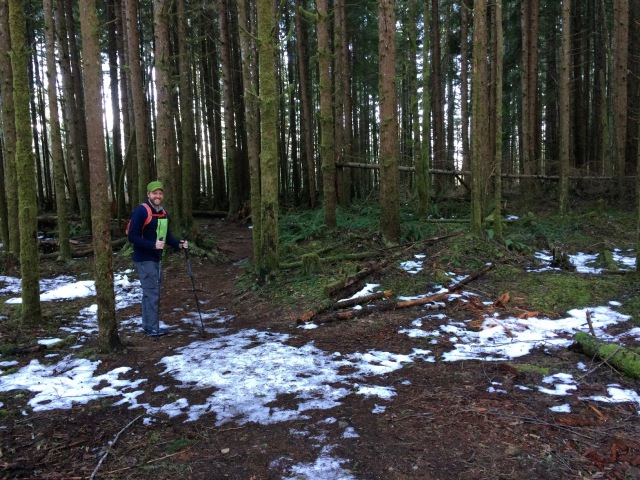 Once we entered the woods we had an easy descent via some meandering switchbacks into the valley. The trail was well-maintained and cut through some smaller rivers and ponds until we came alongside the Stillaguamish river.

The sky was blue with occasional clouds, the sun was sparkling on the water, and I was happy to stand on a sandy ledge overlooking the area while Brian climbed down to the rocky shore to take pictures. 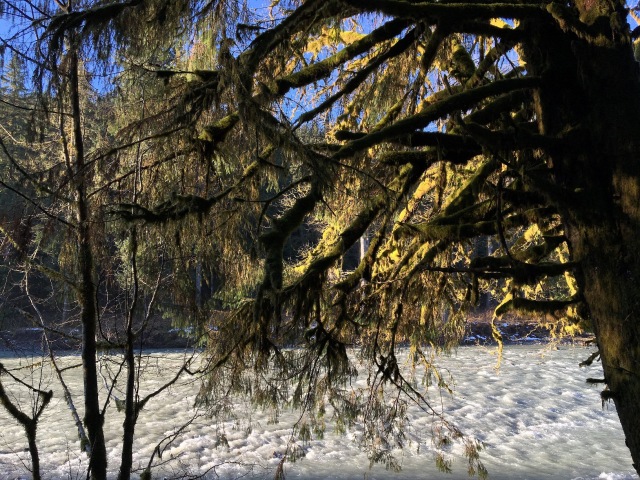 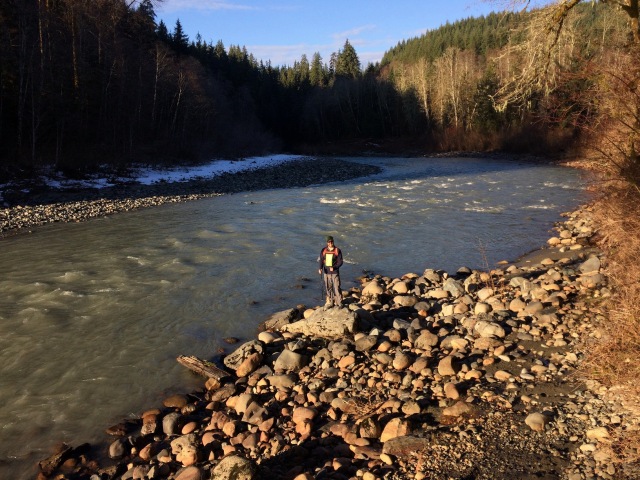 As we continued along, the trail got a little less firm. Smaller trees occasionally blocked the path, requiring us to climb over and around in several instances. Nothing insurmountable, but as we navigated the wetland area it became obvious to us why the railway had such difficulty operating and why it was eventually abandoned. The area is simply too wet—everything constantly floods over, not only washing out the trail and what was formerly the railway bed, but causing rock slides and other damage.

We came to one small clearing where several ponds that were flowing down into the Stillaguamish still contained a number of old railway artifacts. There were the remains of an old brick structure, an overturned wheelbarrow, rusted rails, and wooden beams whose former purpose was not entirely discernible. 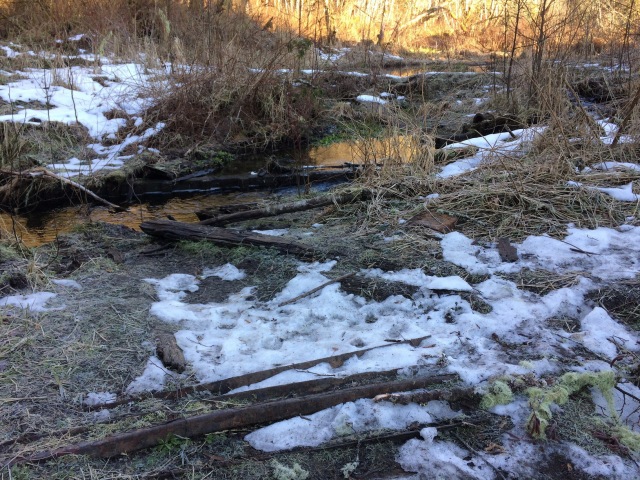 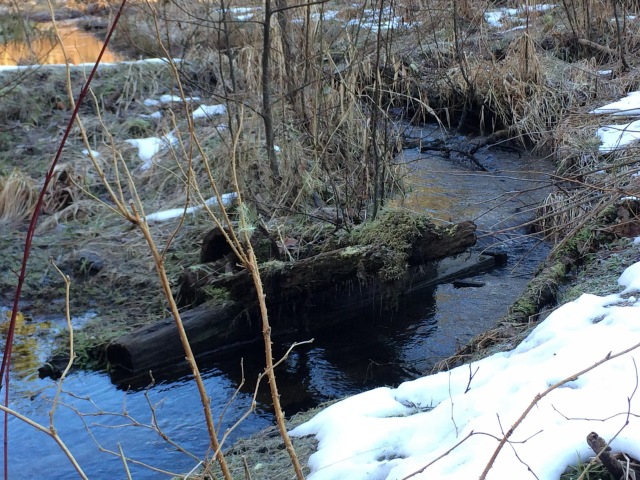 After taking in the treasures in the low pools of water, we moved on to what ended up being my favorite part of the hike along the river canyon.

The river cut back into the woods, as did our trail, which ran along the gorge. As we climbed up to more level ground, it was much more apparent we were on the abandoned railway line. Not only had things leveled and widened, but you could still see the fortified wall that would have supported the tracks dropping down to the river.

We navigated the rocky trail and Brian took a few pictures of the small rapids and churning water, which had picked up in speed and turbulence following our entrance to the gorge. 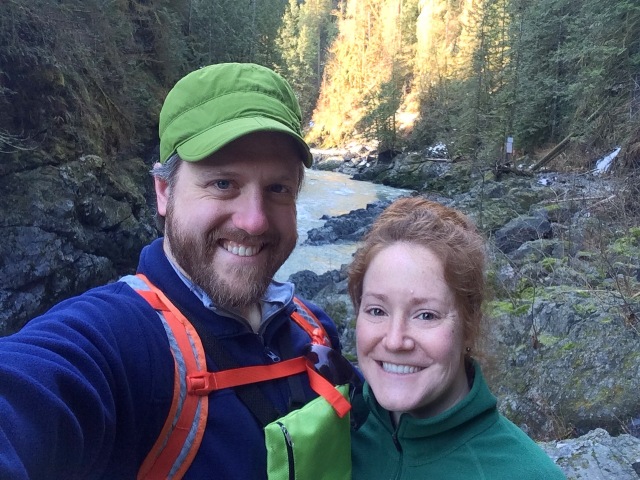 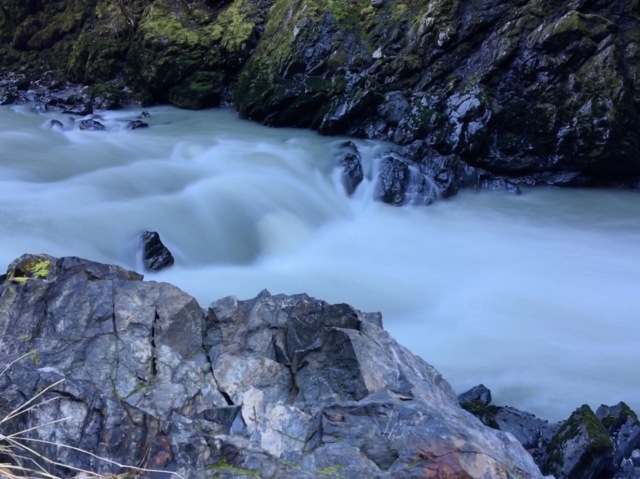 The rocky trail quickly transitioned to old railway, with the wooden ties much more pronounced. I couldn’t help thinking how beautiful it would have been riding the train along the water, but these trains were carting materials, not passengers, and as we soon saw in person, the path was treacherous. 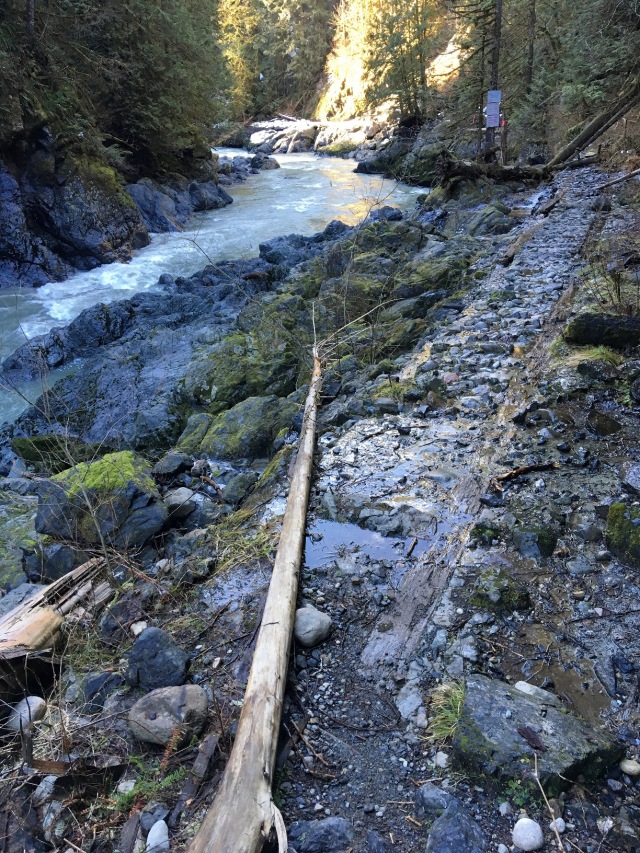 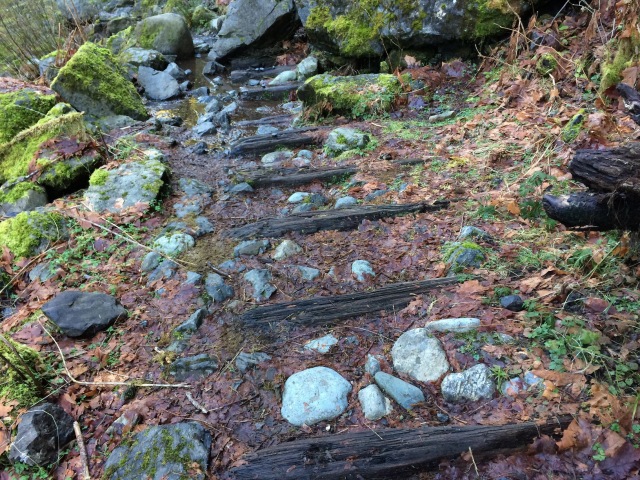 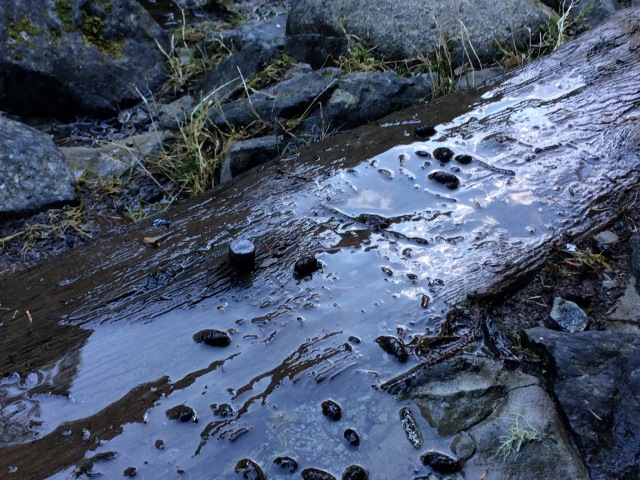 The turnaround point was at a multi-tiered waterfall and just before a section of trail that had succumbed to rock slides. There were multiple signs posted at the trailhead and at this juncture indicating this was the turnaround point at that people had died trying to travel beyond.

I can see why people would make the attempt–you can clearly see the railway trail continuing beyond the rock slide– and it appears you only have to successfully navigate the collapsed section of trail in order to keep hiking. But I assume the wet walls of the gorge are the real peril and can collapse at any time–just like the section ahead of us.

As we were wrapping up, sure enough, a group of people came around the corner beyond the signs. They had apparently taking their chances. Not us! I’m a rule follower!

We had an easy hike back and saw many more people on the way out versus the way in, including a younger guy and his puppy. He said it was his puppy’s first hike!

The Old Robe Canyon was an interesting and easy hike that I think would be good for just about anyone. We will definitely consider bringing family and friends here the next time we are looking for a short and reasonable hike. 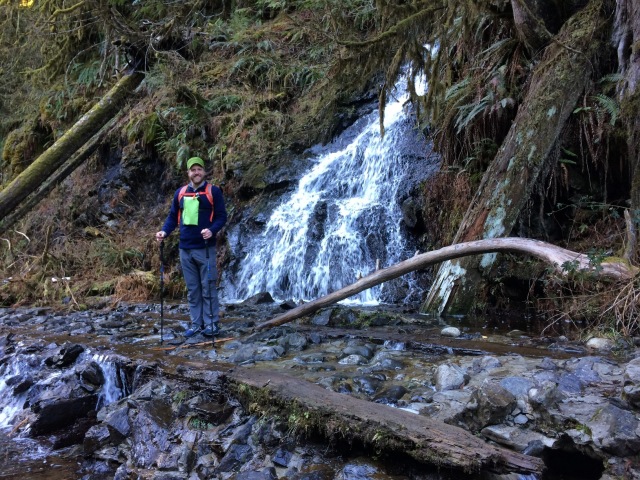 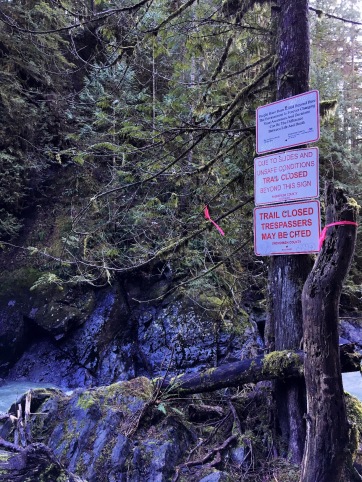