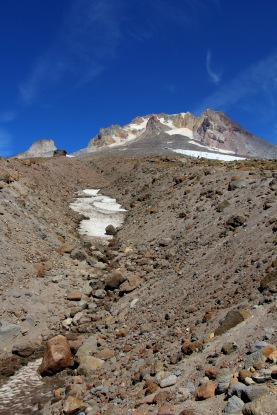 After a last-minute change of plans, we ended up taking a three-day roadtrip down the Oregon coast to Crater Lake National Park and north through Bend and Mt. Hood before returning to Seattle.

The third leg of our trip took us from Bend to Seattle via Mt. Hood and Mt. Adams on Labor Day, which ended up being a beautiful drive with some surprises along the way!

We set out relatively early, traveling north on route 97 to route 26 along the eastern side of the Cascade Mountains. We passed peak after peak and tried to identify them along the way–relying heavily on Google Maps for help.

As we approached Mt. Hood, the traffic got busier and the terrain transitioned from dry, rocky, wide open spaces to wooded groves that would suddenly open up to Mt. Hood soaring straight ahead.

I hadn’t really planned anything for our time on Mt. Hood—I thought we would just arrive and find something to do. As we drew closer, I didn’t really know which way to go (apparently we are bad at random road tripping and need a little more structure!) so we pulled over, took a beat, and then decided to head toward the summit and see what we could find. 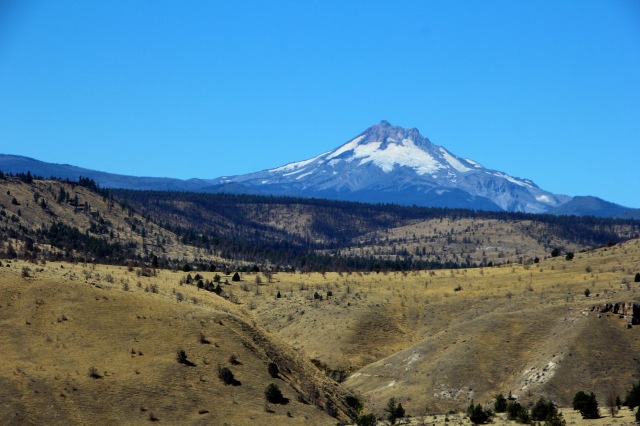 That decision took us to the Timberline Lodge, which was packed with people!

I recalled a brochure we had picked up in Portland about a music festival taking place on Mt. Hood that weekend, and sure enough it was underway. 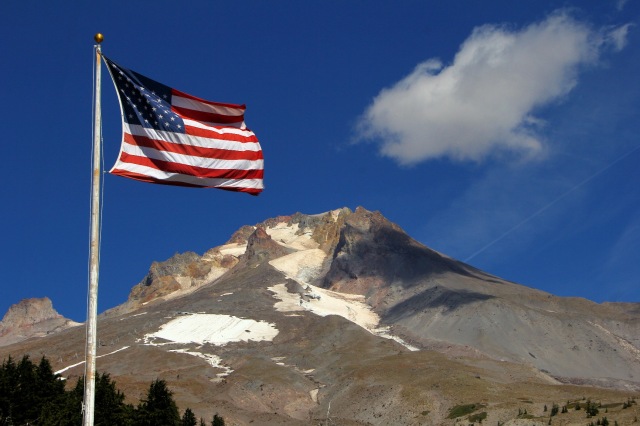 Rather than going straight to the festival, we decided to journey farther up the mountain for a better view of the surrounding area.

The Timberline Lodge Magic Mile Sky Ride was running up to another smaller lift near the peak where there was still a section of snow that people were skiing and snowboarding.

We decided to ride the first leg of the journey up to the base of the second lift and spend some time walking around that area before heading back down. 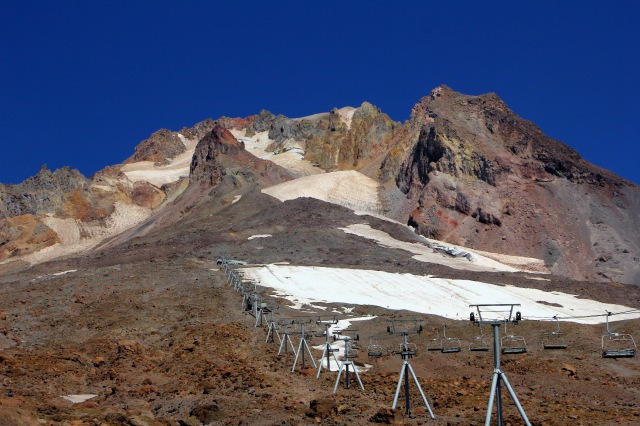 As we moved away from the lodge and festival things got quiet and peaceful. We were able to walk all over near the lift and occasionally came across a deep section of rock protecting residual snow from the sunshine.

The sky was clear and blue, and the rock was amazingly red with scrubby brush adding random sections of color. It was beautiful! Eventually we wrapped up our wandering and caught the lift back down to grab lunch and check out the music. 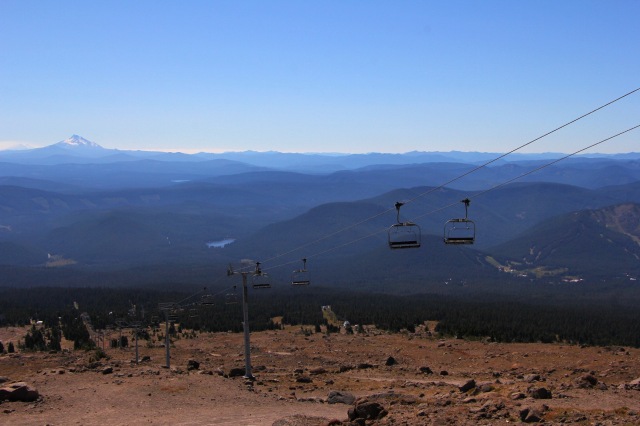 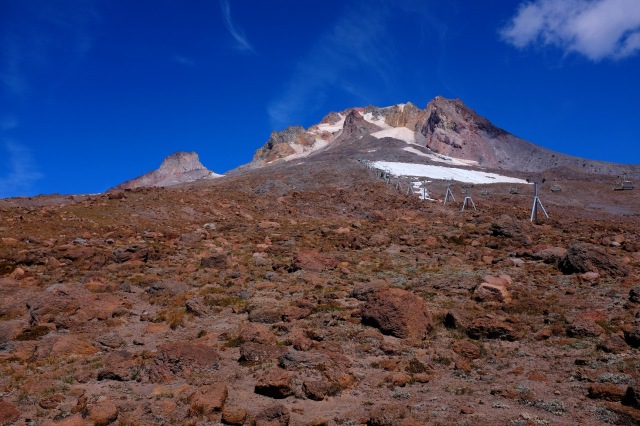 Near the lodge there’s an outdoor amphitheater and stage, and it was full of people enjoying the Timberline Lodge Mountain Music Festival. The music was running from noon to sunset and featured a variety of bluegrass and other music by Mountain Honey, Kate Power and Steve Einhorn, The Talbott Brothers, The Caleb Klauder Country Band, and Claire Lynch.

We followed a paved path toward the lodge where there were tents set up with food and drinks. As we waited in line, we were able to overhear the music of the Taborgrass Players, a group that was performing on the paved patio behind the lodge. Anyone who had brought along an instrument (or a singing voice!) was welcome to sit in—they were jamming all afternoon.

While the area was beautiful, it was also out in the open and hot! Our timing was perfect—just as we were starting to overheat, the act we were watching wrapped up. We finished our food and headed on our way. 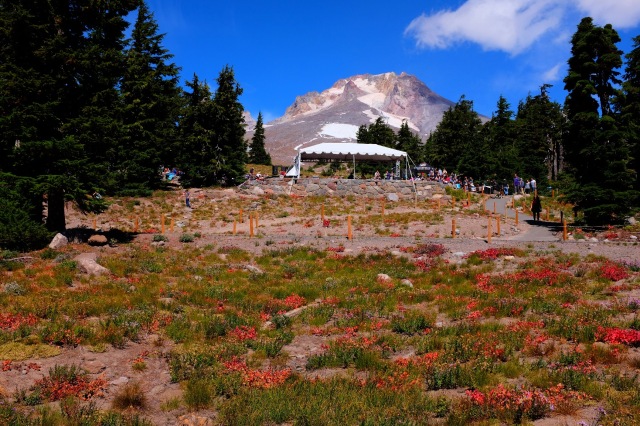 While we could have probably spent the afternoon enjoying the music and wandering around more of Mt. Hood, we had another four hours of driving ahead of us so we decided to continue on our way.

About 30 miles north, we came across Mt. Hood Winery and decided to make one final stop before heading back into Washington.

The winery is lovely. Surrounded by vineyards, the tasting room is bright and airy with amazing views of Mt. Hood. After sharing a tasting and buying a bottle of rose and pear wines, we were finally ready to head home.

Our last-minute change of plans to spend our weekend on a roadtrip around Oregon took us to some incredible places—several that had long been on my list and others than we stumbled on along the way. We’ll be back!