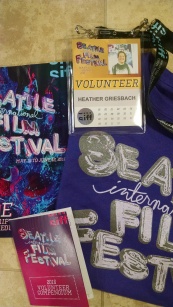 In 2010, my friend gave me some of her extra tickets to the Cleveland International Film Festival (CIFF). I had never heard of it, despite the fact that it had run for 30+ years, and I was hooked.

The next year I wrote some reviews for a local online news outlet in exchange for tickets, and the following year I started volunteering. It became an annual event that I looked forward to supporting each year.

Last spring I actually took time off work to volunteer, knowing we were moving and it would likely be my last year at the CIFF for a while.

I was pretty bummed– over the years we had discovered so many interesting films, started going with friends, and even took my parents one year.

I was THRILLED to find out that Seattle also has a huge love of film. When we first arrived I drove downtown one afternoon to the SIFF Cinema in Seattle Center to watch a film I’d missed at CIFF, I Am Big Bird.

I couldn’t believe SIFF was big enough to own and operate three theaters around Seattle and run independent films year-round!

I was also interested in the fact that Seattle hosts several film festivals each year. In fact the Seattle International Film Festival (SIFF) is the largest film festival in the United States, with more than 150,000 people attending the 25-day event each year to see more than 400 films from more than 80 countries at 14 different theaters around the Greater Seattle area.

The festival runs May 19-June 12, and I’m really excited to be volunteering throughout the event! I’ve been exploring my newly acquired program and mapping out the films we want to go see as well.

I can’t vouch for SIFF just yet since it’s my first year, but after spending part of my Saturday at volunteer orientation learning the ins and outs of the festival, it sounds a great deal like CIFF, only in more locations with more films and for a longer period of time. You can still sign up to volunteer or you can catch a film and maybe see me in the process!

Either way, I encourage you to check out the festival. You may learn a lot about your own love of film! 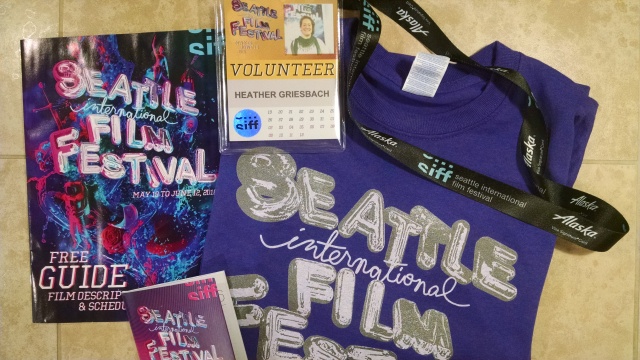 One thought on “Volunteering at the Seattle International Film Festival”