Once the weather started to improve in Ohio this past spring, my husband and I headed back outside for our morning run. We had slacked off during the winter so it was painful getting back into our groove.

We didn’t really get comfortable until we moved to Washington and started running nearly every weekday.

The biggest challenge here v. Ohio is all of the hills! No matter which direction we run, a good half of our workout is uphill, and it’s no insignificant grade.

I am by no means as fit as I would like to be, but now that we’re three months into our routine, I can confidently say the battle is becoming more mental and less physical.

One thing that keeps me going is the view.

On the first mile of our go-to run, most of which is uphill, we crest and have a fabulous view of the Cascade Mountains. On the third mile, we run through Grand Avenue Park along the water and have stunning views of the Olympic Mountains towering over the Puget Sound.

My form is not yet to the point where I can snap pictures while I’m running, but I’m going to take a few before we move in a couple of weeks so I can refer back to that inspiration as needed.

When we first moved, I looked into some 5k races we could try at the end of the summer to give us another incentive to keep active. The first one I signed up for was the Run 4k Wine in Woodinville. Despite the name, this was billed as a 5k run followed by wine tastings throughout the race neighborhood of Woodinville.

I don’t think Brian was quite as excited about the idea, but he agreed to do it with me!

About a week ago we received an email from the event organizers with some last-minute information. This information included a couple of surprises– first, that the race WOULD just be a 4k, not a 5k, and second, that it would not be officially timed.

Boo on both accounts! We were a little disappointed but decided to track our own time and see how we did compared to our morning runs.

Saturday arrived and the weather was awesome– 70s and cloudy. It has been so hot and sunny lately that I was a little concerned about running and then walking around all red and sweaty. I was still red and sweaty, but not nearly to the extent had we been experiencing a heat wave. 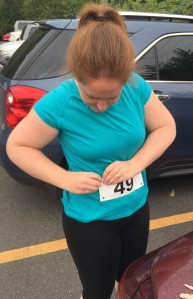 There were 80+ participants, and (as we should have guessed!) the run included a lengthy uphill stretch during the second mile followed by a brief reprieve and then a final short burst up a pretty steep grade.

I am SUPER proud of my husband, who beat everyone by a long shot. His first ‘official’ race and he won the whole thing– who-hoo! I was also proud of myself for cutting about 2.5 minutes off my usually morning run time and making a respectable showing in the first wave of the group at 24:25 minutes.

I still can’t get over the fact that people take breaks and walk during a 5k– if I don’t run straight through, I don’t think it counts. I kept going back and forth with one couple who would sprint past me, then stop and walk while I ran steadily past them, then sprint past me, etc.

They sped past me toward the end, and I was annoyed that they were going to beat me despite the fact they had walked about half the race. However, we reached that final steep hill and they both stopped to walk it. I nearly had a heart attack, but I ran by both of them to the top and to the finish line. Victory!!

Here are a few pictures from the race: 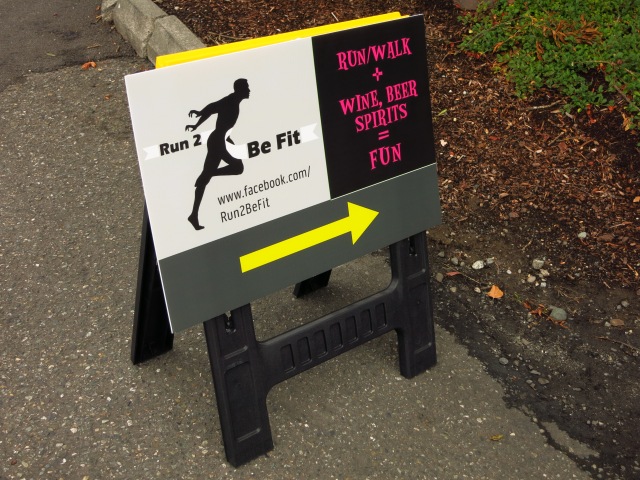 We hung out for a little while when we were done and then cleaned up, changed clothes and headed out to some of the wineries. We each got three tickets, and each ticket got you four tastings at a winery. Not bad!

One of the event organizers mentioned there was a new distillery called Schnapsleiche Distillery with free tastings by the first grouping of wineries. We started there so Brian could try their gin before escorting me around to the other tastings, since he was driving. He tried a sip of some of my wines, but I would say the first stop at the distillery and final stop at the brewery were probably his favorites.

We bought little sample bottles of Schnapsleiche vodka and gin, but we might be back for the lower proof gin or chai vodka, which would be good mixers. They suggested the chai vodka with apple cider– sounds good to me!

Although we had explored some Woodinville wineries once on our own and on a couple of occasions with friends, we were in an entirely different area of Woodinville so this was our first time at all of our stops. We visited:

All I bought were reds, and I was so excited Brian liked a few of them since they aren’t usually his favorite! 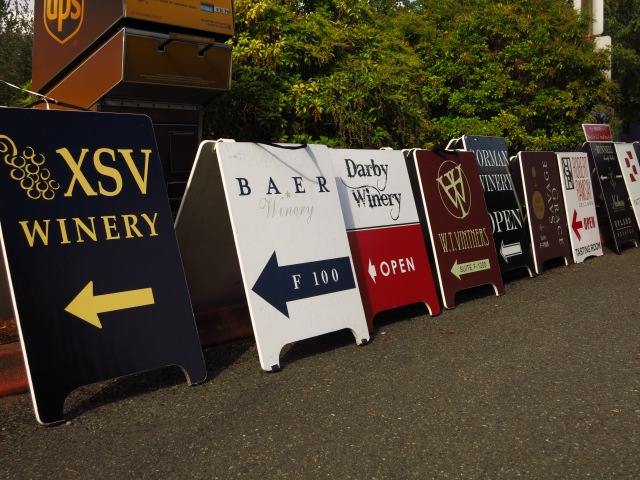 We dropped our purchases off at the car and headed to Triplehorn Brewing Co. for our last tasting. Brian tried the IPA, which even I liked (more hops, less malt), and I had a blackberry ale that was pretty good.

Although we had eaten a hearty breakfast and lunch, I was starving when we arrived at the brewery. Brian bought us a French Kiss sandwich (brie, mushroom, other delicious things) at the Bread & Butter Grilled Cheese food truck outside and it was AMAZING! I also loved the watermelon, feta, mint salad and will definitely attempt to remake it at home soon.

We were both ready to head home for an evening in after an incredible day. I can’t wait to sign us up for some other races around the area this fall and winter– hopefully next time with longer distances and official time keeping so we can keep improving!