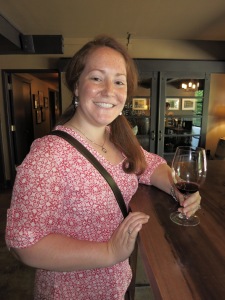 The sun was out, the sky was blue, the temperature was perfect and we could see Mt. Rainier clear as day from I-5 south in Everett. I knew it was going to be a great day to explore some wineries in Woodinville, Washington!

This wasn’t out first foray into Woodinville. At the end of April I flew to Seattle as we were closing on our house in Ohio to join my husband in a whirlwind weekend of apartment hunting. Once we achieved that significant milestone we made a quick trip to Woodinville for dinner at Red Hook Brewery, but before eating we stopped at Chateau Ste. Michelle for a quick wine tasting. They were about to close so we didn’t have time for a tour or chance to explore the grounds, but that brief experience was enough to make me want to return!

A week or so after we moved here in mid-May we met up with friends at Columbia Winery, which is across the street from Chateau Ste. Michelle. They are wine club members at Columbia so we benefited from their shaded patio seating area as we enjoyed our tasting. Afterward we walked across the street to the Hollywood Tavern for dinner (my Indian Summer salad was awesome!).

On Saturday, we ate lunch and then headed to Woodinville to explore some of the other wineries. I believe there are 130+ wineries represented in Woodinville, either through tasting rooms, actual establishments or production centers. We didn’t know where to begin so we decided we would look around and see what struck our fancy.

Our first stop was decided for us, thanks to a concert at Chateau Ste. Michelle. I knew they had a concert series, but I thought the concerts typically started around 6-7 p.m. Not this Saturday–start time was 2:45 p.m.! We hit the giant line of traffic winding down to the winery about 2 p.m. and after sitting in the car for half an hour we decided to pull into a winery on our right called JM Cellars.

The winery is on property that was formerly a licensed arboretum so the grounds were beautiful. We began our tasting outside and wandered around in between pours. There were quite a few people, and it appeared many were there for the same reason as us–to get out of traffic! The owners were there and giving tours, but we found a seat and just enjoyed the shade while we relaxed and waited for the traffic to die down.

I think JM Cellars would be a great place to host a small event or wedding–the grounds and facility are beautiful with lots of greenery, quiet spaces and pretty, candle-lit cellars. However, it was a little intimidating being met by the valet and trying to figure out how the tastings worked. Although friendly, the staff didn’t give us a great deal of time or attention. It was definitely worth checking out but not somewhere I could see us becoming members. 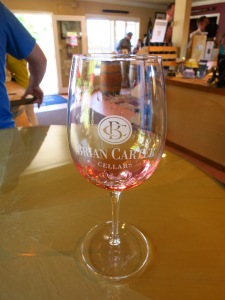 We timed things perfectly and headed to the main roundabout in Woodinville without any more traffic hiccups. The downtown area was busy–the restaurants as well as the tasting rooms. My DD had decided to take a break and just drive me around (hooray!) so we explored for a while before heading back downtown and trying Brian Carter Cellars.

This tasting room was packed with people inside and out, which I took to be a good sign. We grabbed a high-top in the corner of the tasting room, and I sampled the solitary white and rose as well as a few reds. I particularly enjoyed the Le Coursier and talked my chauffeur into buying a bottle before we left.

The place was lively the whole time we were there, and I felt bad for the staff who were trying to keep up.

One stopped over with my next pour and mentioned they were a bit frantic because they had to tow a car that was blocking half their parking lot–she said they usually turned a blind eye to people parking incorrectly, but this one had to go because quite a few other cars couldn’t get out. We were relieved to see the misplaced vehicle was not a 2002 Saturn SL! 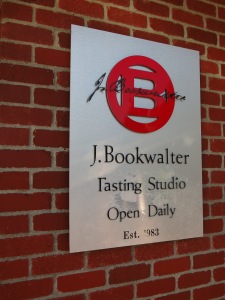 Next we headed the opposite direction and found quite a few options outside the immediate downtown. I didn’t want to venture too far this trip so we headed in the J. Bookwalter Tasting Studio.

I will warn you right now–the wines and bottle designs follow a literary theme. Some might find this a little over the top, but I thought it was AMAZING! First because I’m a book nerd, but second because I was actually able to remember some of the individual wine names (Protagonist, Antagonist, Subplot, Chapter 5, etc.)

More importantly, the wines were delicious. Rather than having a prepared tasting menu, I was able to build my own selection of five wines to try. My husband caved and tried my whites–he really liked the Riesling–but the Protangonist was my favorite.

Our last stop was just across the street at Girly Girl Wines, and I picked it for no other reason than because the name stood out to me while we were driving around. It’s right next to Silver Lake Winery, and the two share parking out front and a beautiful patio in the back. We were surrounded by palm trees and fountains, and our hostess mentioned they are adding new facilities and dedicated area for live music, etc. very soon.

I couldn’t see the patio from the road, but it’s definitely worth the stop. It was quiet and lovely, and I can only imagine it will be even more popular once the additional amenities are added on. It was a perfect final stop on such a beautiful day.

Four wineries was more than enough for one afternoon–I was ready for a break and some dinner when we headed north for home.

I can’t wait to come back down a few more weekends this summer and fall to explore more of the tasting rooms and some of the fall harvest events. We will definitely be in the area in early August for our first official 5k run of 2015– the Run for Wine 5k where we race and then enjoy tastings at four of the local wineries (Ancestry Cellars, Pondera Winery, William Grassie Wine Estates, and Piccola Cellars). I’ll have to plan ahead so I’m fit to enter the wineries after the race!

Here are a few other photos from our afternoon in Woodinville: 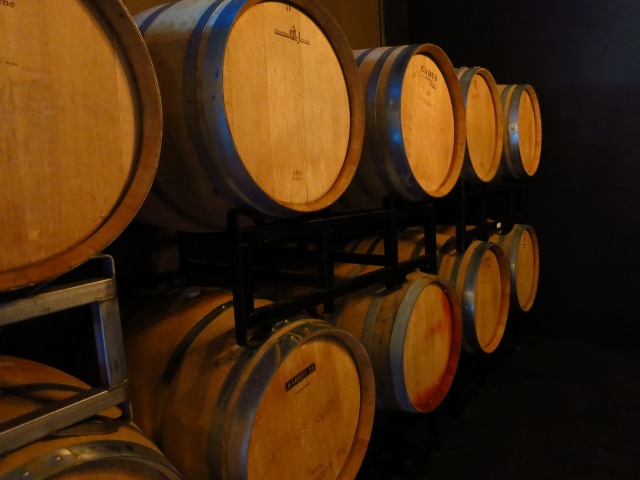 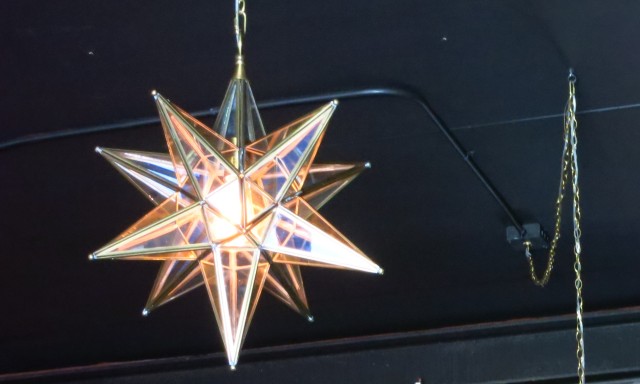 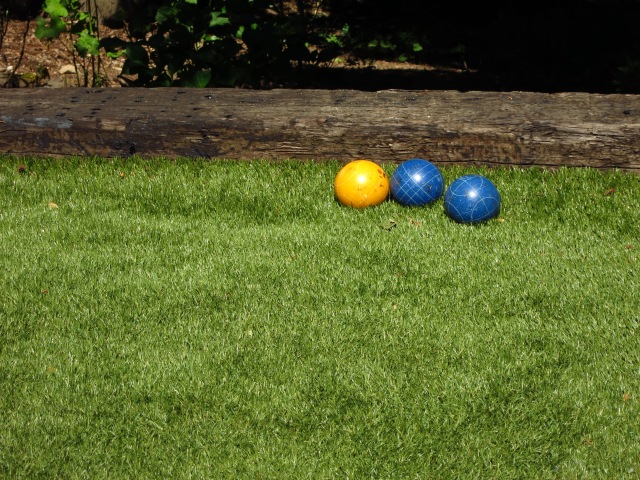 4 thoughts on “Weekend Tour of the Woodinville Wineries”