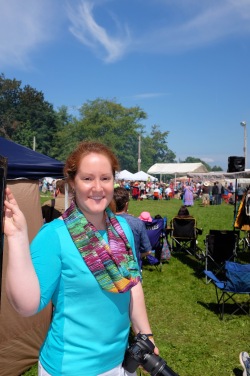 When we told family, friends and work colleagues we were moving to Seattle, one of my co-workers immediately emailed me to let me know how excited she was for us. She had lived and worked in Seattle for 10+ years prior to relocating to Ohio and considered it one of her favorite places–one she returns to as often as she can.

We went for coffee and she brought a list of her favorite places to eat, drink and visit, recommendations for where to live and work, tips and tricks about traffic and travel, and much more. I filled several pages in my notebook with all of her helpful advice, and we’ve tackled many of her recommendations.

While we’ve taken advantage of our time here to see and do as much as possible to really get to know and experience the Pacific Northwest, we did miss several annual events last spring and summer because we were also house hunting, hosting family and friends, and getting acclimated to our new jobs.

One of those events was the Seafair Indian Days Pow Wow, which my former work colleague had recommended as a local cultural event we should be sure to experience.

While many people in Ohio can trace part of their lineage to one of the tribes that used to reside in the state, there are no longer any federally recognized tribes in Ohio. Washington, however has nearly 30 recognized tribes with active reservations across the state, including near where we live.

It has felt, and continues to feel really important to me that we learn about and understand the history and relationships here in the Pacific Northwest in order to appreciate this aspect of where we live. Neither of us has a great deal of knowledge about indigenous culture. Finally attending the Seafair Indian Days Pow Wow was our baby step in that direction.

We arrived at Discovery Park mid-morning just as the sun was starting to take to the sky. It was already getting warm out as we hiked back to the event location and made our way around the circle of activities underway.

Sunday’s event itinerary included some morning ceremonies as well as the Pow Wow Grand Entry, and while some of the initial announcements were underway, people were opening their booths, selling handmade art and crafts, and starting to warm up the grills in order to start cooking and selling food. 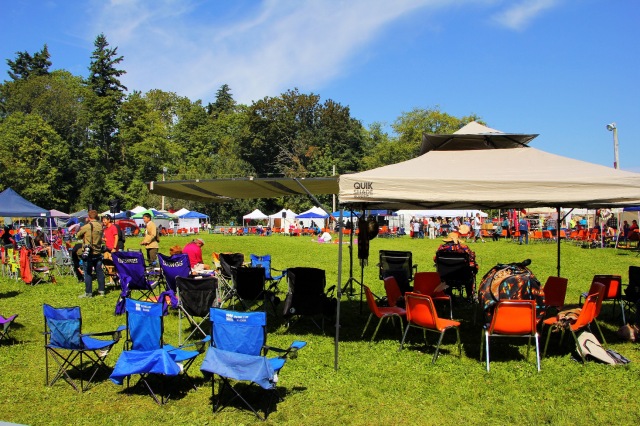 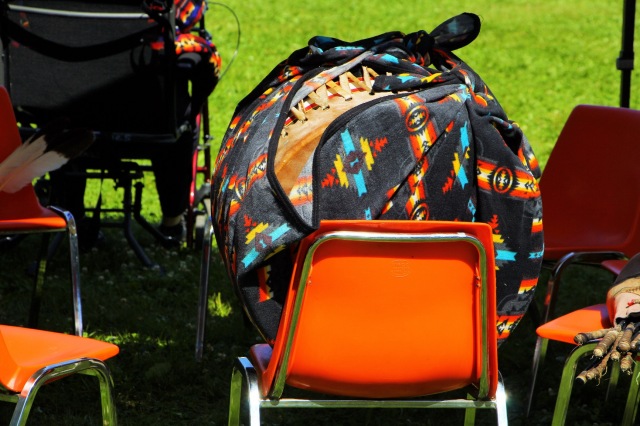 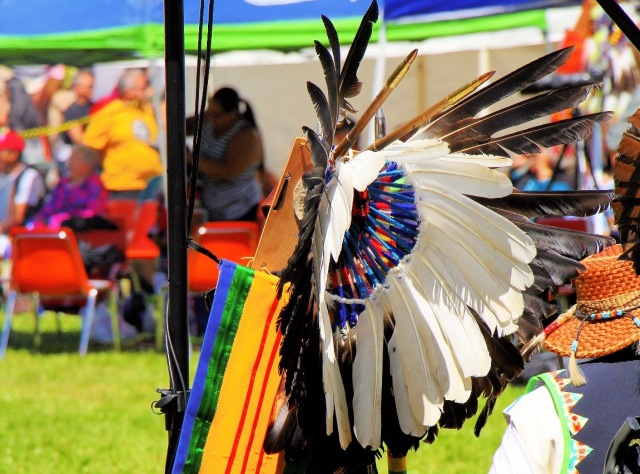 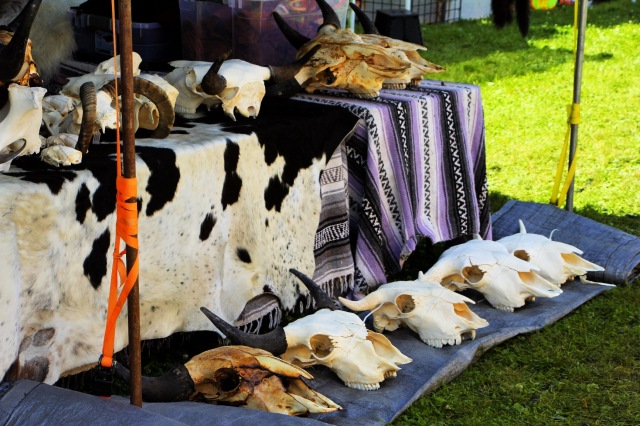 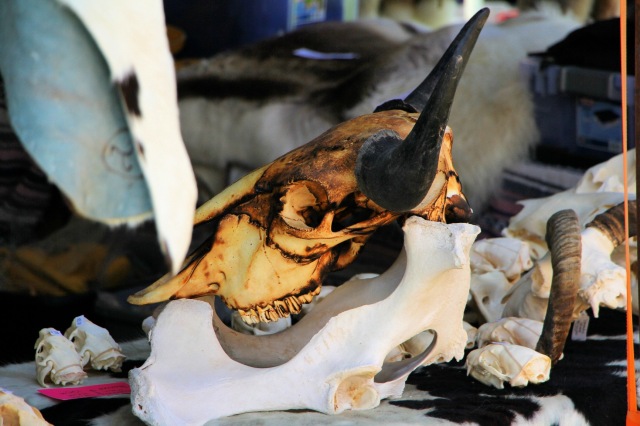 We found some slightly shaded seats in the bleachers as the ceremony got underway. There were announcements, a memorial for one of the founding leaders, drumming and other musical performances.

These events took place in a large grassy circle in the middle of the event. All of the booths and bleachers surrounded the circle, and people could continue to join the event by walking around and visiting the booths or coming in to the seating area.

Many people joined us in the stands, but just as many people brought their own seats and filled in the areas in front of us. Others walked out into the grassy area to participate in the activities underway or to simply get a better view of what was taking place.

I was very cognizant of the event information I had read ahead of time because I didn’t want to misstep or accidentally do something disrespectful, but the activities were all incredibly welcoming and less formal than I had expected. 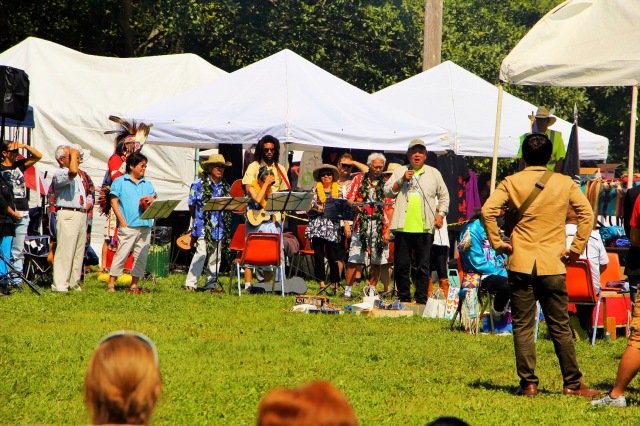 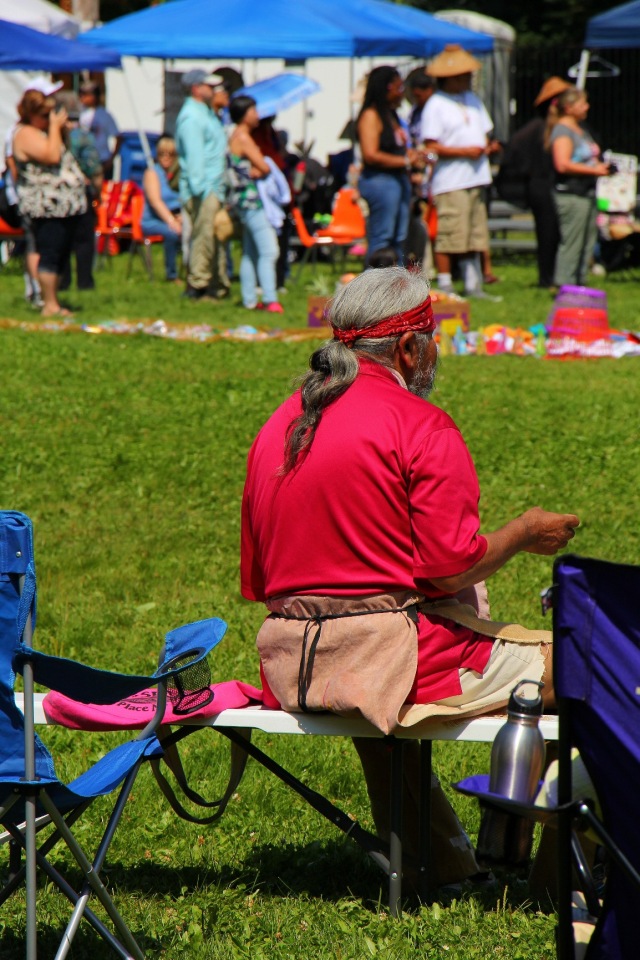 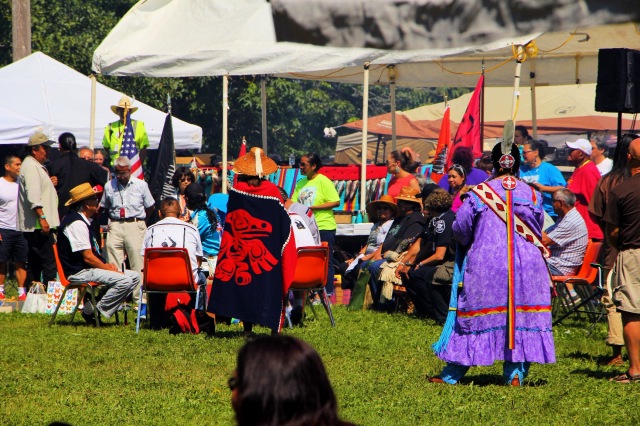 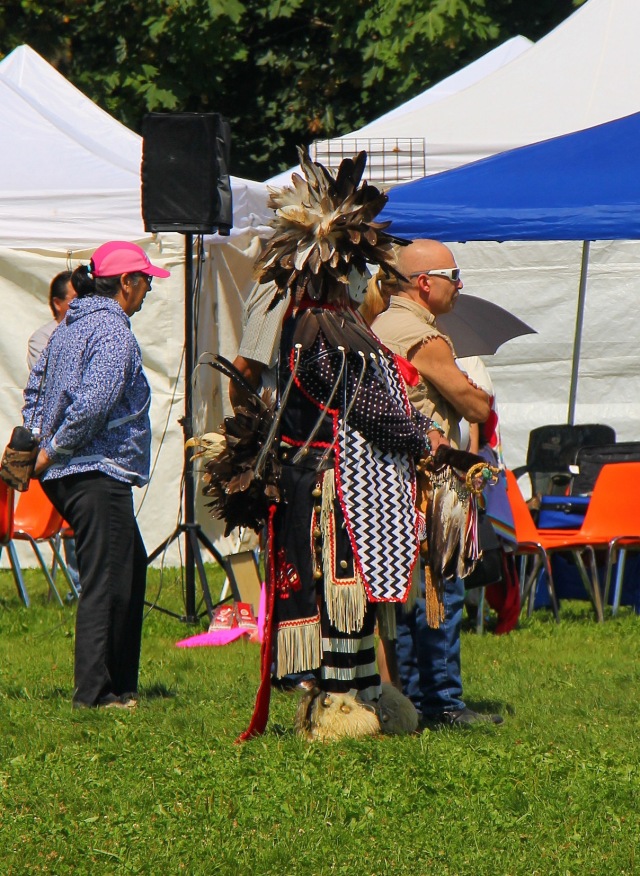 It was getting warm and we were having a hard time keeping up with all of the announcements and agenda items. We visited all of the booths, ordered and ate some frybread, which is a dough leavened by soured milk or baking powder and fried in shortening or lard, and finally headed back to our seats as they announced the Grand Entry, which is described by the United Indians as follows:

As we drew closer to the Grand Entry, more and more people arrived. It was incredible to see the different ceremonial attire for the members of the different tribes. Many people were putting the final touches on their regalia with the help of family and friends. There were also a number of kids, many of whom were participating for the first time. Their excitement and energy was infectious.

The Grand Entry was definitely the highlight of the event. Each tribe was represented, and not only were their regalia different, so were the ways they participated and danced into and around the green.

The Pow Wow was certainly eye opening, and I’m glad we took some time to experience it. If you want to learn more about indigenous culture, this might be the event for you as well. The activities only loosely followed the posted agenda so I would recommend you keep an open schedule as well as an open mind in order to make the most of your experience. 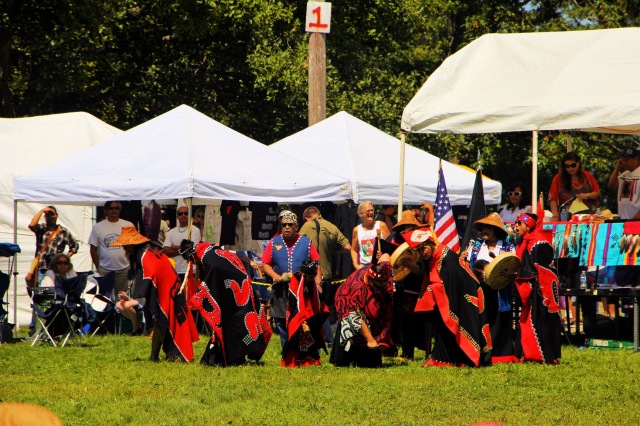 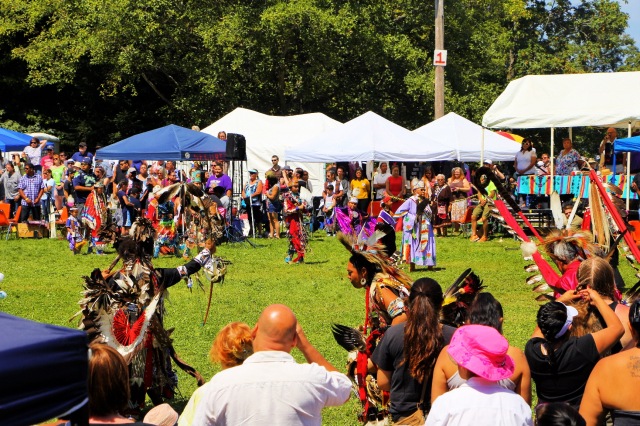 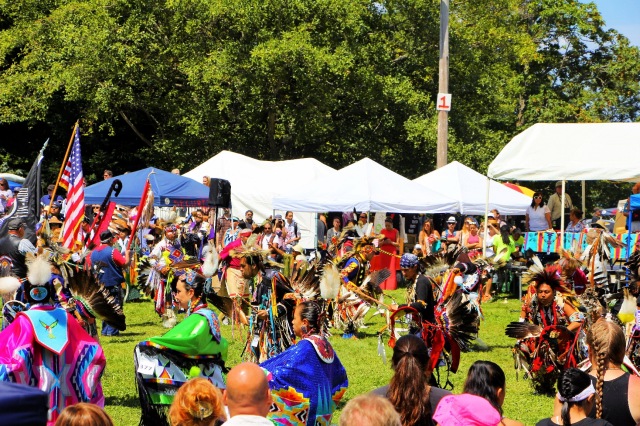 One thought on “Our First Seafair Indian Days Pow Wow”