My favorite hike in Banff National Park was Big Beehive at Lake Louise. This 7.5 mile roundtrip hike with 2,547 feet of gain was the longest and hardest of our trip and offered spectacular views! If you have the time and inclination, I would highly recommend adding it to your list!

We knew we wanted to hike at Lake Louise and originally set out to hike Little Beehive via the Lake Agnes Tea House. The tea house was a 4.4 mile roundtrip, out-and-back hike and Little Beehive was another .6 miles past the tea house, which seemed perfect for the amount of time we had to explore.

We felt energized on our 1,300-foot climb to the tea house, making our way past multiple groups of people who were stopping to rest along the way. Thank goodness for our training in the Cascade Mountains–elevation is still challenging, but it’s not the barrier it once was!

On our way to the tea house, we came across Mirror Lake where there was an exceptional view of Big Beehive. When we arrived at Lake Agnes, the tea house was packed–people weren’t kidding when they said go early!–and the wait was more than 45 minutes. We decided to skip the tea and head on toward the beehives. 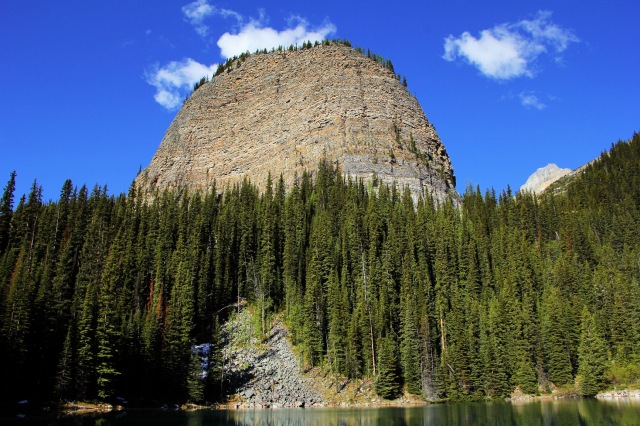 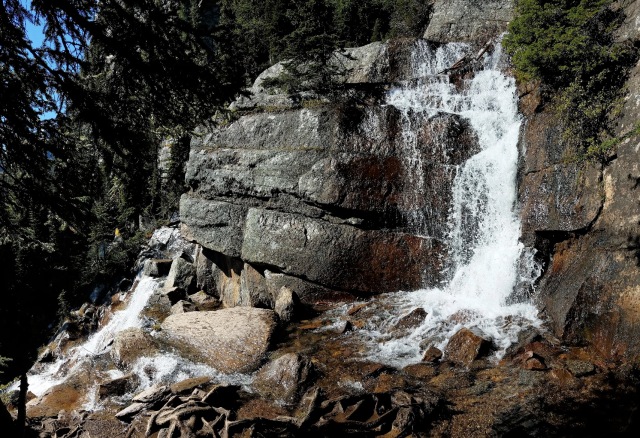 As we set off for Little Beehive, we came across a sign showing the distance to both Little and Big Beehives. It turned out there was less than a mile of difference between the two so Brian thought we might as well do the bigger one.

I acquiesced and we set off on a trail that wrapped three quarters of the way around Lake Agnes, taking us around the far side of the lake and through a snow and ice field until the trail sharply inclined up the side of the mountain.

The snow and ice field along the lake was no problem, but we started to get nervous during our ascent given the ice had been freezing and thawing, making the trail slick! Our hiking poles were helpful to some extent, but in some places we were using both our hands to more securely climb up the trail, trying to hug the inner wall and staying away from the icy dropoffs down the side of the mountain. Going up wasn’t great, but we were really more concerned about how we were going to get back down! 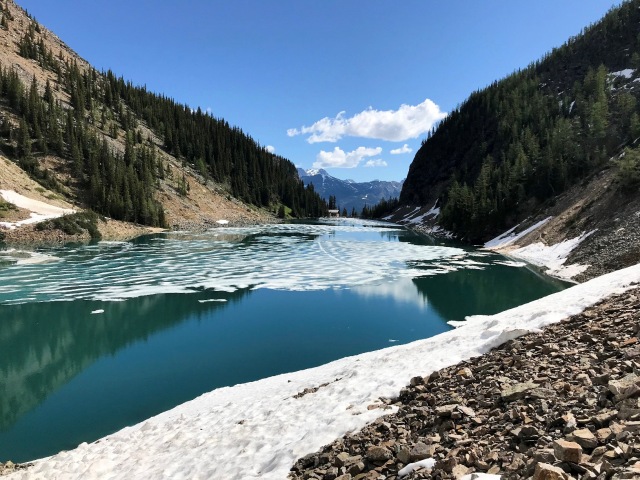 We finally made it to the top and had the deep satisfaction of being able to look down on the lake we had just circumnavigated. I zoomed in on the shoreline trail in one of the photos below–see if you can spot the people hiking!

The top of the mountain had a number of trees and boulders we had to navigate on our way to a wooden pagoda with a few benches where we could look out over the surrounding area and Lake Louise. We could just make out the Fairmont Chateau at the end of the lake, which is where we had started our hike! The sky was clear and we could see for miles.

Once we wrapped up our visit and took a few pictures, we found a sign offering an alternative path back down to Lake Louise. Thank goodness! I’m still convinced we could have really hurt ourselves trying to head back down the way we had come up.

The alternate trail winded down the side of the mountain facing Lake Louise. It was rather steep in places, which wasn’t great for my knees, but we made it back to Mirror Lake and then retraced our steps back out to meet back up with my mom and dad.

If you’re interested in a moderate hike that’s easily accessible from one of Banff National Park’s greatest attractions, Big Beehive should go on your list! While there were tons of people headed to Lake Agnes, we encountered very few people in either direction making their way to the top of Big Beehive. On a clear day, the views are just spectacular–you won’t want to miss it! 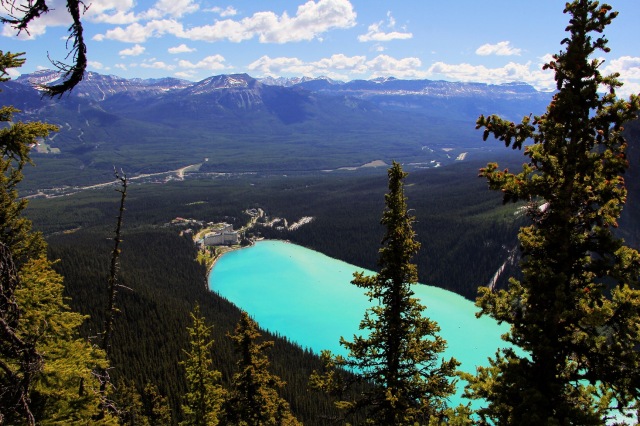 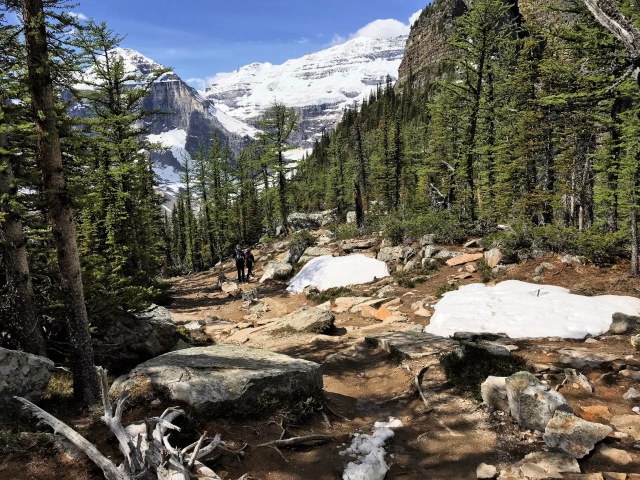 One thought on “Hiking in Banff National Park: Big Beehive”