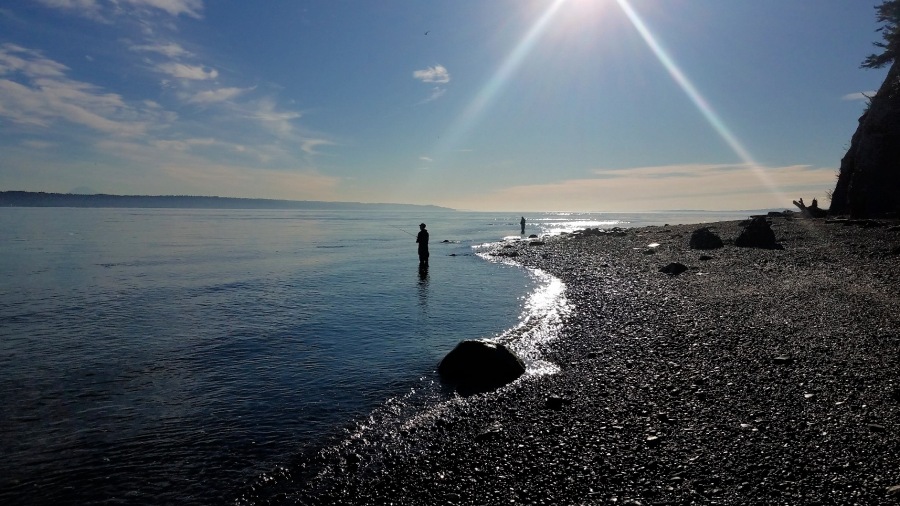 Our first motorcycle trip of the new year took us to nearby Whidbey Island via the Mukilteo-Clinton ferry.

The beauty of taking the bikes on the ferry is that you get to skip the line—both the line to purchase tickets as well as the line to board the ferry. Bikes are typically lined up in front in the holding/parking lanes and then fanned out across the front of the ship once we board.

I love being able to stand next to the bikes and take in the views from the water as we set out across the brief channel to the island.

It was a beautiful morning– the perfect weather for a bike ride!

Our initial destination was South Whidbey State Park, which was a short ride from the ferry dock. Brian found us some lesser traveled roads to the park, but when we arrived, the beach access was completely closed due to recent storms that had toppled trees, weakened those still standing, and made the areas unsafe.

I was really bummed—the weather was beautiful, the area immediately around the parking lot was lovely. I was sure we would have had awesome views of the Olympic Mountains had we been able to access the shore.

We considered crossing the street and hiking the Wilbert Trail to the old-growth cedar, which has been on our list, but it seemed like we should take advantage of the clear day to do something along the coast instead.

We decided to head back toward the ferry and explore Possession Point State Park on the southeast side of the island, which has also been on our list. The road to the water wound through the woods and had cultivated an interesting and large strip of moss right down its center that we had to avoid on the bikes. The light cutting through the trees cast crazy shadows as we slowly made our way to the park entrance.

Whether because of the light/dark or because I hadn’t had enough coffee or because we simply weren’t reading signs correctly, we somehow ended up at the wrong park first. We accidentally went to Possession Beach Waterfront Park, which is just a small turnaround at the water nestled in between areas of private land.

We took a few photos with the bikes—the areas was beautiful!—and then we exited and eventually found the road to the park we were trying to access! 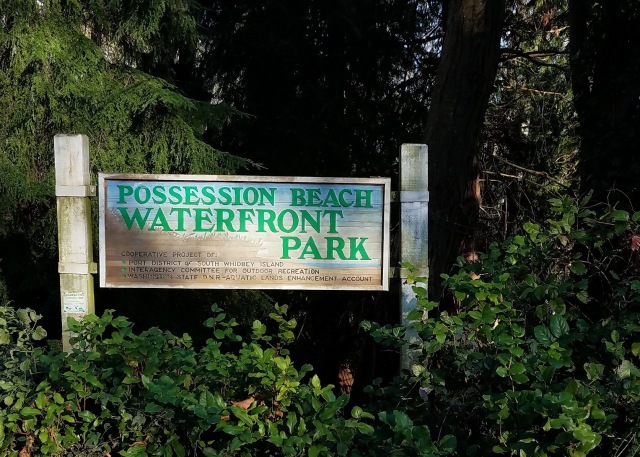 The trailhead at Possession Point State Park was tiny and had room for less than 10 cars. We completely lucked out and grabbed the second-to-the-last spot!

It appeared that nearly everyone else was there to fish– we watched a few guys go by with their fishing gear as we were changing out of our bike gear. Once we were ready to go, we wound our way through the woods via a little path down to the back-end of a private property, along their treeline, and down to the beach. 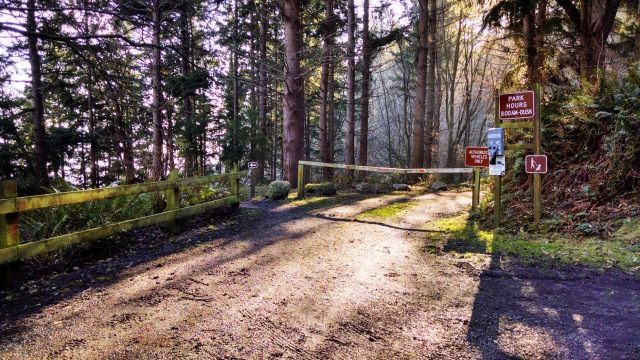 We made our way along the shore and took in amazing views out over the water. Sure enough, there were several guys fly fishing on the somewhat rocky beach! There was one other person out for a walk—otherwise we had the beach to ourselves.

After a while we turned around and headed back, exploring some of the caves in the rocky cliffs rising up to our left. 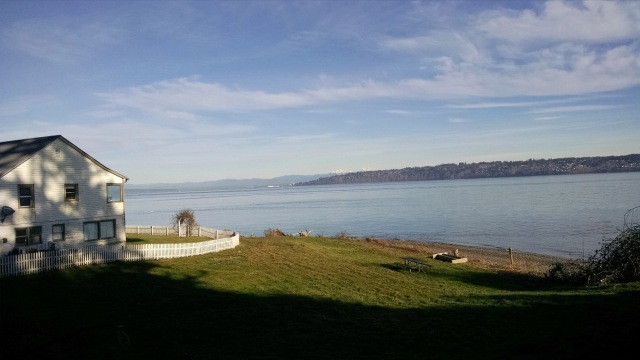 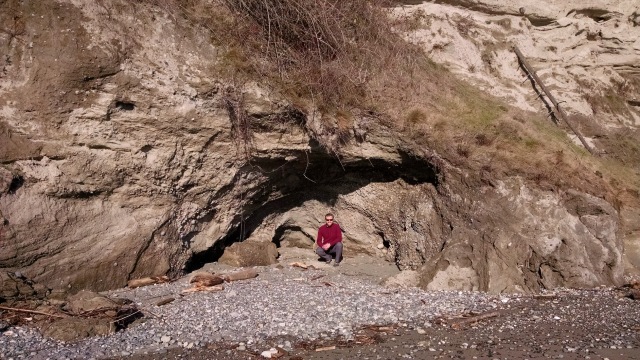 Although we’ll have to return to explore South Whidbey State Park another time, I’m glad we finally made it to Possession Point State Park and were able to explore these new areas of Whidbey Island on the bikes.

The weather was perfect, we enjoyed a literal walk on the beach, and we got the bikes out earlier in the year than ever before. It was a great way to spend a bright and beautiful Saturday morning!