As part of our weekend in Sonoma wine country, we wanted to enjoy the sunshine as much as the wine. The area around Sonoma is beautiful and we spent some time hiking, exploring downtown Sonoma, and of course visiting a few wineries along the way.

Our second morning we slept in and then headed to Jack London State Historic Park, which was a 17-minute drive from our hotel just outside Sonoma.

We wound our way through beautiful countryside and vineyards until we found the park entrance, taking us into the 1,400-acre state park that the world-famous author of The Call of the Wild and White Fang used to call home.

The state park includes a visitor center, museum, the ruins of Jack London’s dream home, his ranch, the cottage where he and his second wife lived, and miles of trails and vineyards. The museum was closed for renovations so we focused our visit on three areas: Wolf House and Grave Site, Beauty Ranch, and London Cottage.

During my research for our trip, I spent some time on the Jack London State Historic Park website trying to understand how we should spend our visit. There was a handy guide that said if you only had one hour, you should focus it on the Wolf House and grave site (if you had two or three hours, it added the ranch and cottage, respectively). We followed that advice and began our time making the one-mile roundtrip hike out to the ruins of Wolf House, which was Jack London’s dream home.

As we set out, we passed some warning signs and instructions to stay on the trail. Brian was less than excited about the possibility of rattlesnakes, but thankfully it wasn’t an issue. We passed fewer than a handful of people as we made our way through the woods, finally coming to a clearing the house’s remains.

Nearby information plaques said the house was meant to be Jack and his wife Charmian’s main abode. One night in 1913, while it was still under construction, a spontaneous combustion cause it to be engulfed in flames–by the time anyone realized it and made their way to the site, it was too late to save.

Jack’s health declined soon after and he was never able to restore it, so it sits in relatively the same condition today. Due to the majority being build in stone, it’s possible to get a real picture of his vision, and a stairwell even enables you to walk to the second floor for a different perspective. It would have been pretty incredible once completed. 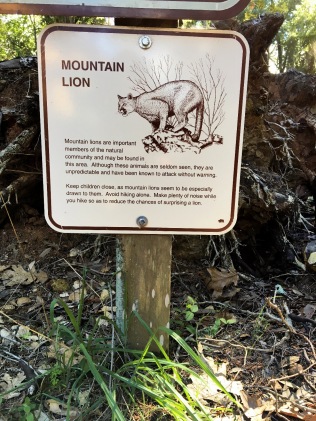 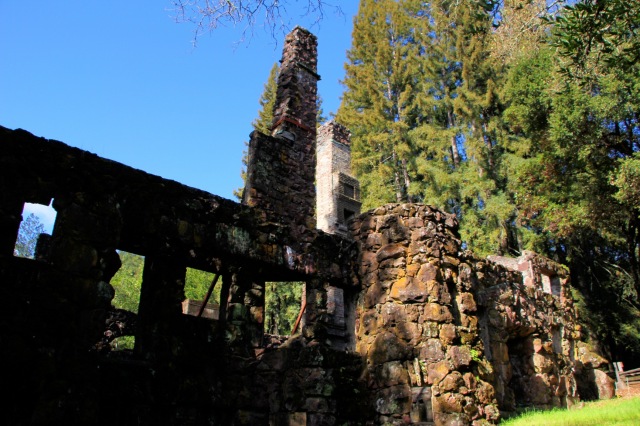 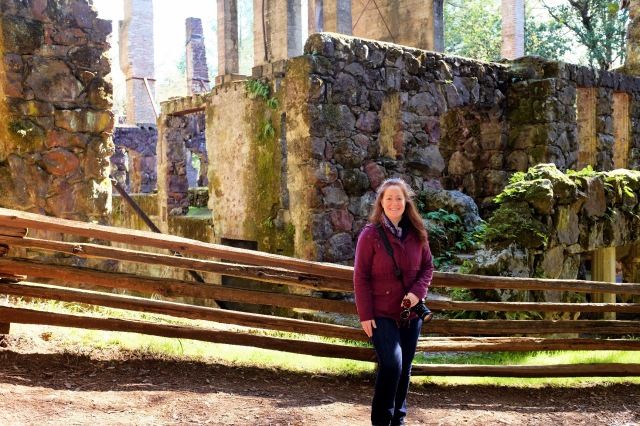 Nearby the Wolf House are a few grave sites, including those of Jack and his wife Charmian. The first is the final resting place for two pioneer children, David and Lillie Greenlaw, who died in 1876 and 1877, respectively. Apparently Jack felt drawn to the site and asked his wife that he be buried near the children when he passed under a boulder from the Wolf House.

When he passed away in 1916 at the age of 40 from kidney failure, Charmian fulfilled his wishes and in 1955 when she passed, she joined him there. 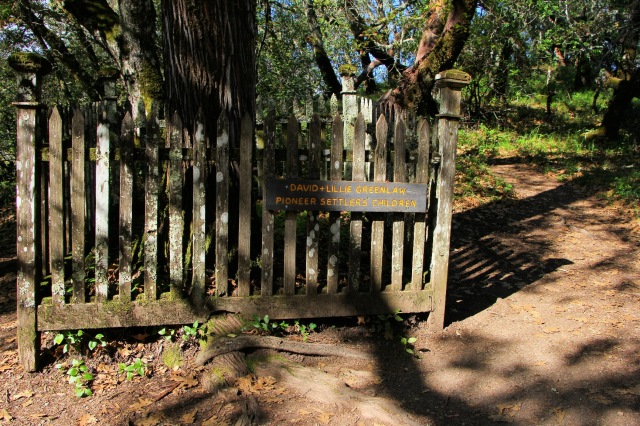 Hiking back to the main parking area, we made our way from the museum and trailhead to the Wolf House and grave sites to the entryway for the Beauty Ranch and cottage.

Apparently Jack began buying parcels of land as early as 1905, using the money he made from his books. Over time he was able to stitch the parcels into what eventually amounted to 1,400 acres of woods and farmland.

Despite having no knowledge of farming, he studied and implemented a number of novel sustainable farming and agricultural practices well before those ideas became mainstream. A terraced hillside wraps around the remains of his winery, distillery, sherry barn, stallion barn and the affectionately termed ‘pig palace.’ 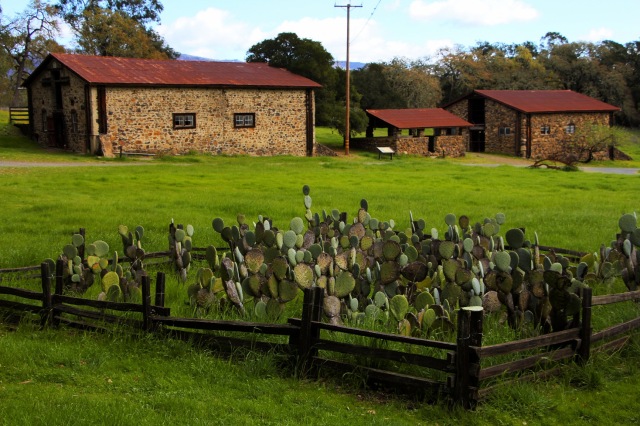 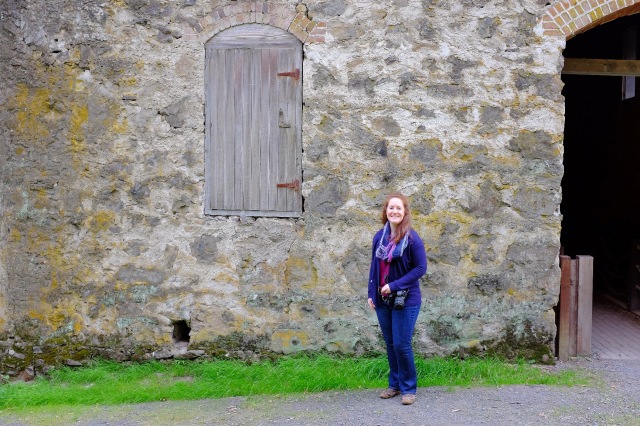 One of the final parcels Jack purchased included a cottage, which they expanded beginning in 1911. Jack and Charmian lived there from 1911-1916, and it is now a visitor center where you can speak with the docent on duty or purchase some of his works.

While not all of the cottage is restored, some of the rooms are open to the public and include the original furnishings. My favorite was his study– apparently he was extremely diligent in his writing and forced himself to write at least 1,000 words a day. I would benefit from that level of discipline myself! 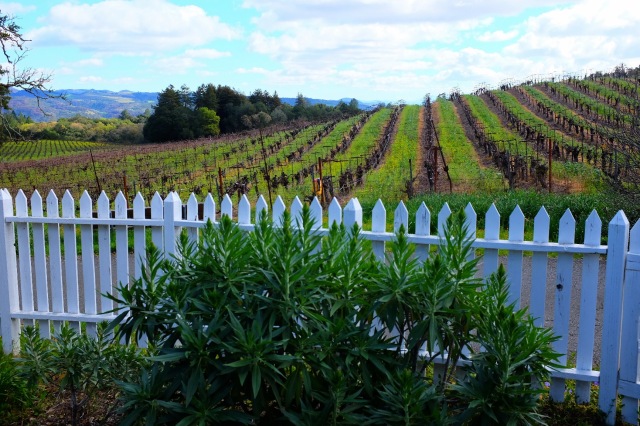 It was easy to spend an entire morning at the state park, and we didn’t even get to the many hiking trails or out to the lake on the property.

If you’re interested in balancing some time in nature with your time drinking wine, I highly recommend visiting Jack London State Historic Park while you’re in Sonoma. There’s a lot to see, but it’s all set up in such a way that you can see as much or as little as you like based on your time and interest.