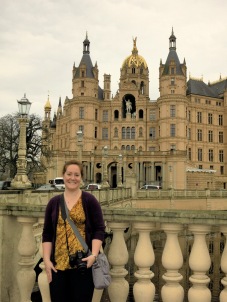 We spent our initial days in Hamburg exploring the harbor area, visiting museums and enjoying the outdoors, but on Tuesday reality set in and Brian had to go to work, e.g. attend his work conference.

I’ve traveled solo internationally several times before, most notably when I traveled to Coleraine, Northern Ireland, to begin my semester abroad my sophomore year of college.

I also spent a few days by myself in Venice, Italy, before meeting my friends in Florence for our Italian spring break that same semester.

A few years ago I had the opportunity to tag along on a work trip with Brian for the first time and had no trouble exploring Geneva, Switzerland, on my own while Brian worked. I also spent several days in Provins, Reims and Paris, France, solo before taking a train to Switzerland for my flight home after the Paris Air Show.

Given those experiences I knew I would have no trouble entertaining myself while he was at this conference, and I was right! I started my first day-trip off right, purchasing a cappuccino and chocolate muffin from the station before boarding my train for the 90-minute ride to Schwerin.

It was cool and rainy when I arrived. Travel umbrella in hand, I set off to see as much as I could squeeze in before my late afternoon train back to Hamburg.

Outside the station I caught a trolly downtown to a lovely cobblestone square. My first stop, Schwerin Cathedral, was in the corner of the square, its spire rising up over the buildings. Because it’s tucked away among the winding streets its difficult to see the whole exterior of the church at one time. The interior, however, is lovely with white walls and beautiful old wooden pews.

Despite the cloudy weather and poor visibility, I paid to climb up into the belltower so I could look around the town and catch a glimpse of the castle. While I couldn’t see far away, I could definitely see the surrounding area and orient myself from above prior to hitting the streets. 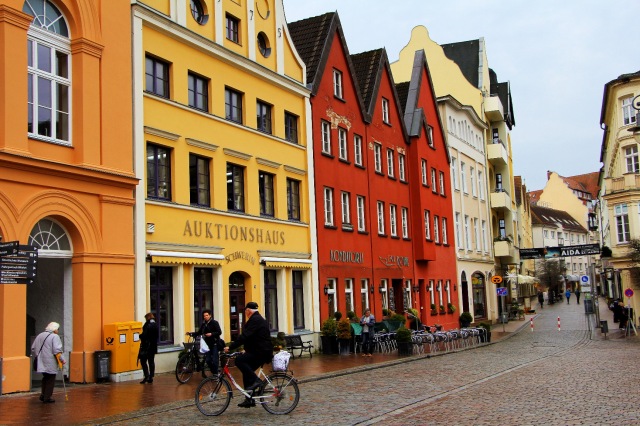 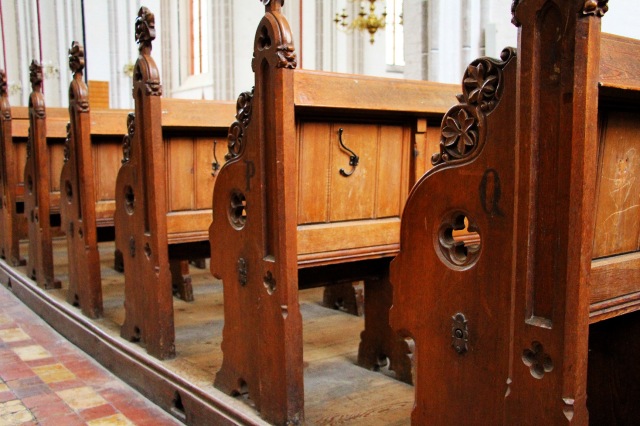 The rain stopped just as I started walking the cobblestone streets toward Schwerin Castle and Park. When I originally looked up things to do in Schleswig-Holstein, Schwerin Castle topped every list so I couldn’t wait to see it.

The castle sits on a lake and is beautiful from all angles– you can approach it from the city to see it with the lake behind it or you can cross the bridge over the lake and view it from the other shore. Right now part of it is undergoing construction so most of my photos feature equipment in the background.

In addition to walking all around the grounds I paid to go inside for a self-guided tour of several of the rooms, all of which were furnished. Unsurprisingly I loved the library, and I was also impressed with this neat reading chair for two, some of the beautiful globes and even the armory. 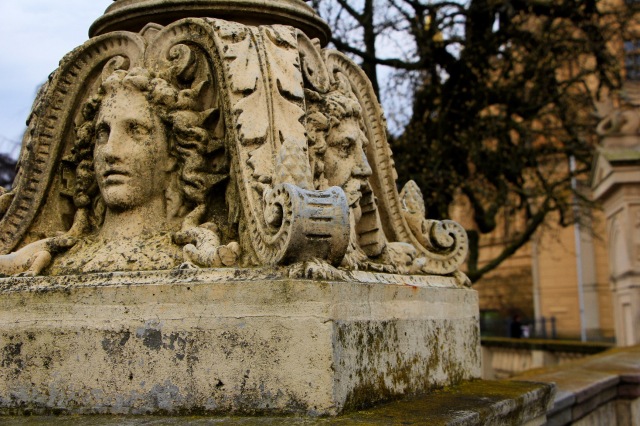 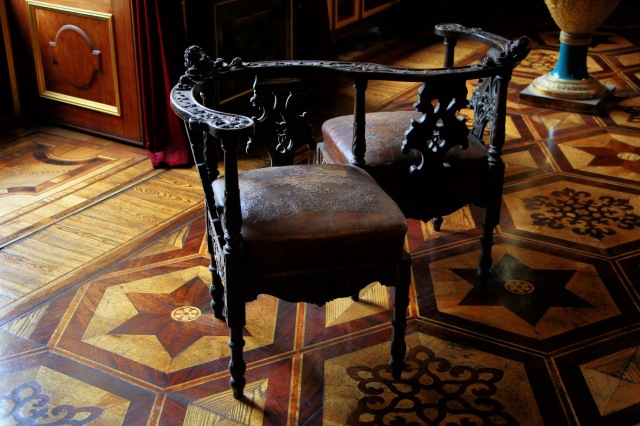 After I had taken in my fill of the castle and grounds I crossed the bridge to the other bank and headed into the park where there were beautiful views of the castle across the lake. Several people were walking and riding their bikes along the trails by the water– it was quiet and peaceful.

Once I was through the park I entered a small residential neighborhood and headed along a wooded street toward the Schleifmuhle, which is a historic mill. There was no one there–I had the museum all to myself!

The gentlemen operating it only spoke German and everything in the museum was written in German so they gave me a discounted price and a small flyer written in English with some of the history. I walked around and still took in all of the exhibits–there were period clothes and original items from the mill that were neat to see, even if I couldn’t read their exact description. 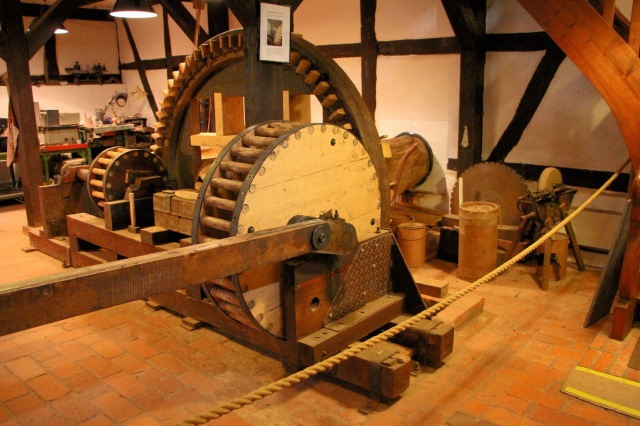 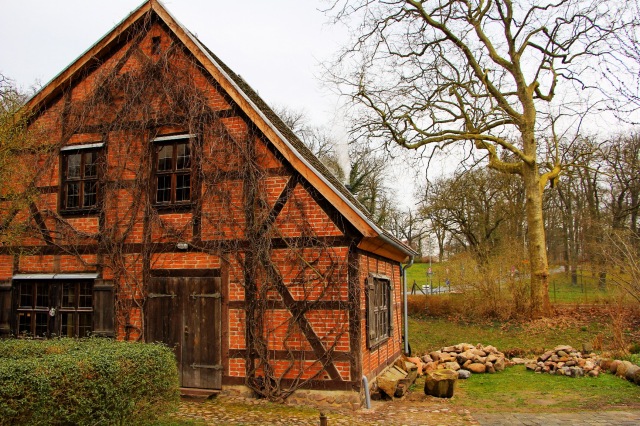 I didn’t stay long because it already mid afternoon and I wasn’t sure how long it would take me to walk back to the train station.

I made my way back into town and wound along some side streets I hadn’t explored before. I found the lake I saw from the belltower and took some pictures of the beautiful brick buildings reflected in the water. I also found a really neat old library that I probably would have missed otherwise.

All of my exploring resulted in me missing lunch so I grabbed a cookie from a magazine stand in the station before catching my return train to Hamburg. It was a great first day on my own and an easy and safe city to explore solo! 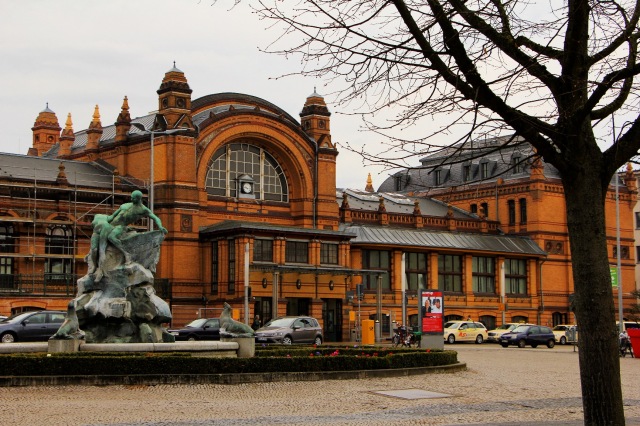 3 thoughts on “Germany: Castles and Cathedrals of Schwerin”