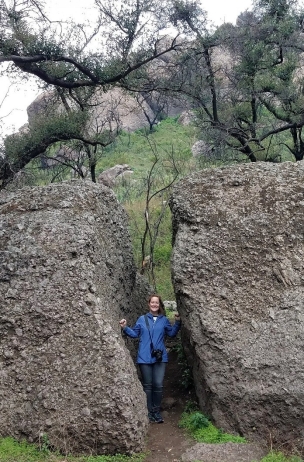 After an incredible day hiking in Channel Islands National Park, we were ready for more time outdoors in the sunshine exploring Malibu and the Santa Monica Mountain Recreation Area.

We made the time outdoors happen, but there wasn’t much to be done about the sunshine. Apparently even Malibu sometimes has its gray, rainy days!

We set off from Ventura early, cutting across 101 to 1 and the coast before traveling back inland and up into the mountains. There were tons of cars along the road as people accessed both the hiking trails into the mountains on our left and the sandy beaches along the coast to our right, trying to enjoy their morning ahead of the clouds rolling in.

It was a crazy, winding drive up into the mountains as we searched for the Mishe Mokwa trailhead, but we eventually came to a parking area near where Google Maps thought we should be where we found signage indicating that our destination was just up the road. I was glad we stopped—the Sandstone Peak trailhead we stumbled upon had a pit toilet, noticeably absent from our Mishe Mokwa trailhead!

After parking across the street in a small lot we made our way to the trail, destined for Split Rock. This was supposed to be an easy, out-and-back hike around 3.5 miles that I was confident we could do in regular clothes and without trekking poles or much gear.

Unlike our more strenuous hiking the day before, we were only spending a morning in Malibu before making our way back to Orange County so I could catch my flight home to Seattle. I didn’t want to get super sweaty or have to ride home in hiking gear so this moderate trail seemed like the perfect fit! 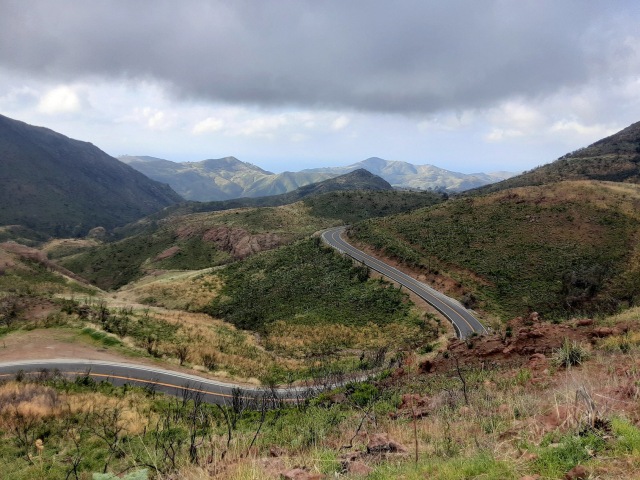 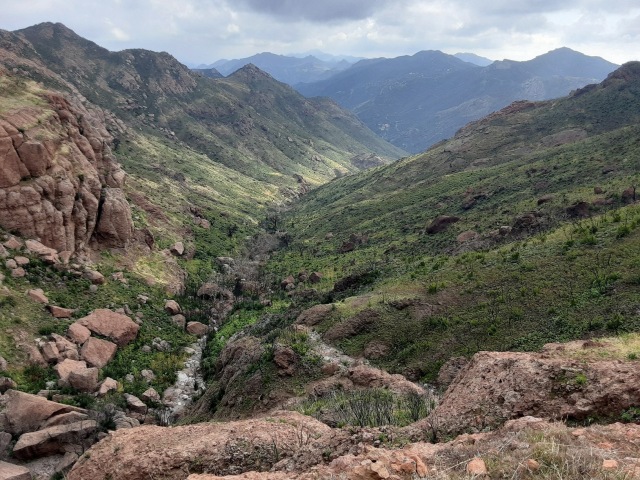 Overall this trail was very easy—we only experienced 470 feet of gain the entire trip, most of which occurred as we neared Split Rock, which was down in a bit of a riverbed.

The split point for Sandstone Peak was a little confusing—there was just one arrow on the sign, which did not make it obvious that the Mishe Mokwa trail continued straight. While I don’t support vandalism, I did appreciate that someone had scratched an arrow in the sign at that juncture, pointing us in the right direction.

The views were beautiful to our right overlooking the mountains and a deep gorge below. I can only imagine how much farther you can see on a clear, sunny day—despite the clouds, we could still see quite a way off into the distance.

There was a group of three others on the trail and a handful of people again on our way out, but for the most part we had the hills to ourselves. 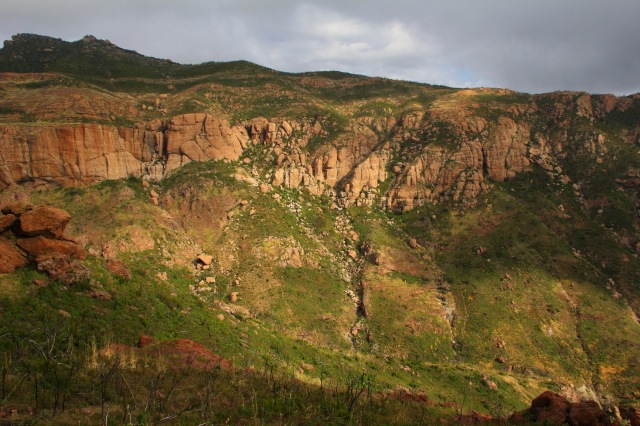 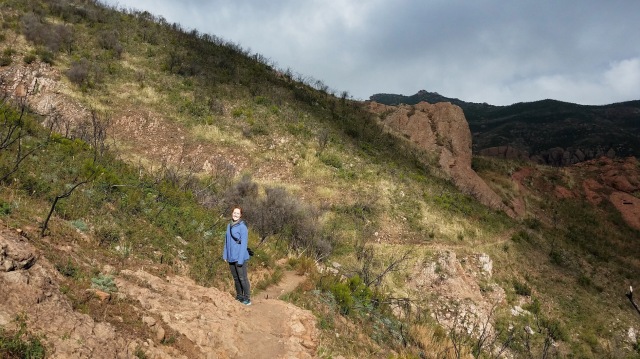 If you can believe it, we found a gigantic rock split into three sections at Split Rock, our turnaround point.

It was a nice shady area with a picnic table that would be an ideal spot to rest on your way to other destinations, like Inspiration Point or the loop around to Sandstone Peak.

We saw a sign for Balance Rock, which we could only assume was the gigantic bolder balancing on top of a small rocky plateau that we had been admiring across the gorge on our hike in. Sure enough, when we followed the trail for a ways into the woods, we got a great profile shot of the rock in the distance. 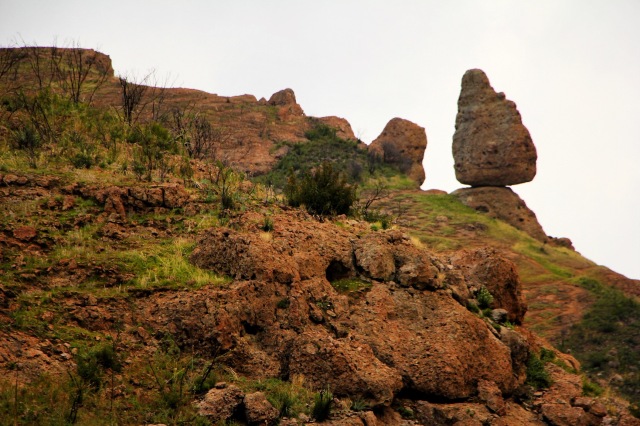 It was a simple climb back out to the trailhead—our trip officially logged in at 3.58 miles in under two hours. If you’re looking for a simple, easy and beautiful hike, I would definitely recommend it!

We wound our way back down to the coast via Mulholland (Brian singing Tom Petty all the way) and just as we hit route 1 the rain began to fall. We had just made it! We cruised around to Venice Beach for pizza at Abbot’s and dessert at Salt and Straw before heading for Orange County and home.

It was a wonderful weekend in the Greater LA area hiking, soaking up some sunshine, and enjoying a new part of California. Until next time! 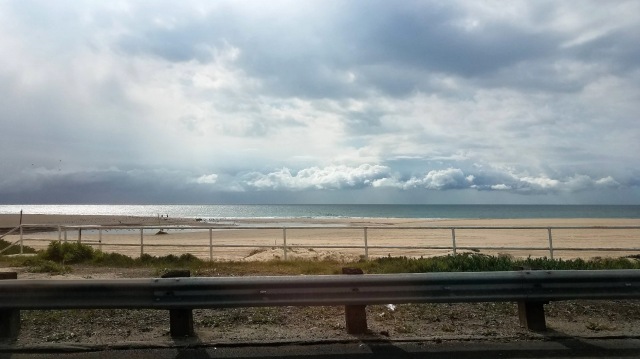