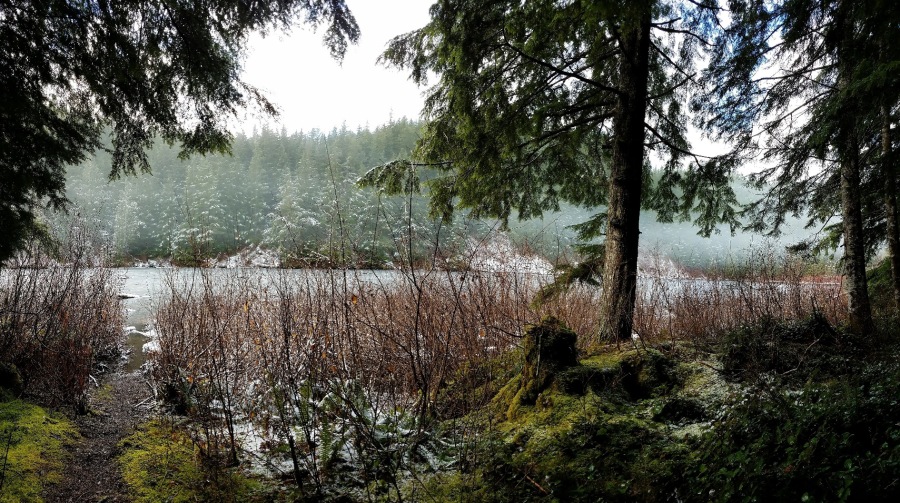 Our final hike of 2019 was a doozy—12.5 miles roundtrip and just over 2,000 feet of elevation gain. After all the Christmas cookies and holiday cheer, I needed something to kick my butt and help me end the year with a bang. Our roundtrip hike to Wallace Lake and Jay Lake checked all the boxes!

We decided not to set our alarms and simply set off whenever we woke up. That ended up being around 5 a.m. thanks to the very loud orations of our tempestuous cat who was clamoring around our nightstands and causing general havoc.

I pulled myself out of bed and enjoyed some coffee with him for a little bit and then we decided to hit the road, headed toward the central Cascade Mountains.

The night before as I searched Washington Trails Association’s website for a hike, I noticed the Wallace Lake trail, which shares a trailhead with Wallace Falls. We’ve hiked the Wallace Falls trail a couple of times and had some fun reflecting on our first attempt not long after we moved here where we couldn’t make it beyond the middle falls. We were in better shape and made it to the upper falls on our second attempt last year, but both feats are somewhat laughable to me now when I think of what we’ve accomplished since.

If Washington has taught us anything, it’s how to overcome and now get some kicks from tackling some altitude!

While the Wallace Lake trail isn’t a huge altitude hike, it had some and the length was sure to make it interesting. We arrived at the trailhead around 8 a.m. to only a handful of cars in the parking lot and quickly set out for the Railroad Grade trail, which was a peaceful and easy climb that took us to the Greg Ball trail up to Wallace Lake. 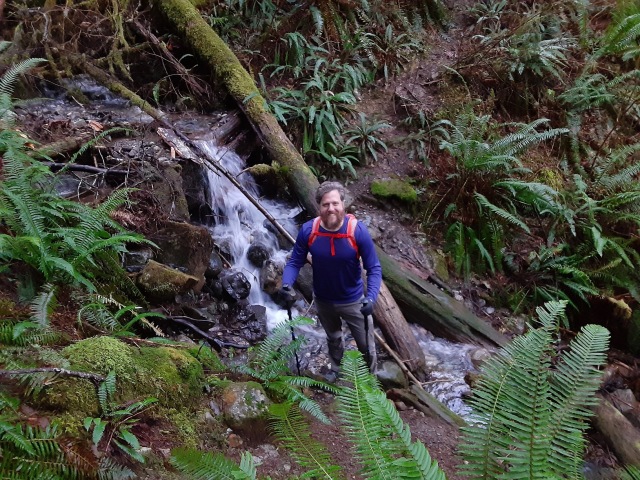 The Greg Ball trail was as lush and green as other hikers have described and nearly free from humans—we saw one person our entire climb! This is pretty remarkable when you consider how many people hike to Wallace Falls—this is apparently the MUCH lesser known alternative hike from the same parking lot.

The Greg Ball trail terminated at a Department of Natural Resources gravel road used by logging trucks. There weren’t any running that morning, and we had no trouble taking the jog over to the stone road leading to Wallace Lake.

Approaching the southern side of the lake, there wasn’t much to see so we circled along the western shore until we found the out-and-back trail to Jay Lake. It was really chilly by the lakes with some very light slushy snow on the ground so we paused to pull on our fleece and gloves before heading into the woods to our final destination. 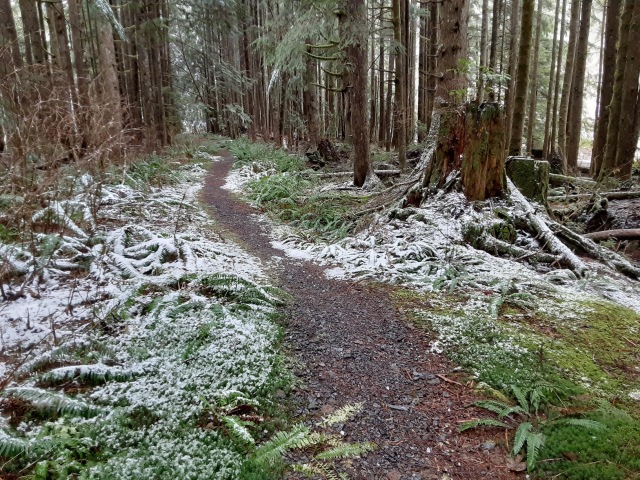 It was still and quiet by Jay Lake with only a few empty camping pads. There was a small opening in the underbrush along the lake where we were able to look out over the iced-over water, but otherwise there wasn’t much to see or do so we decided to head out. 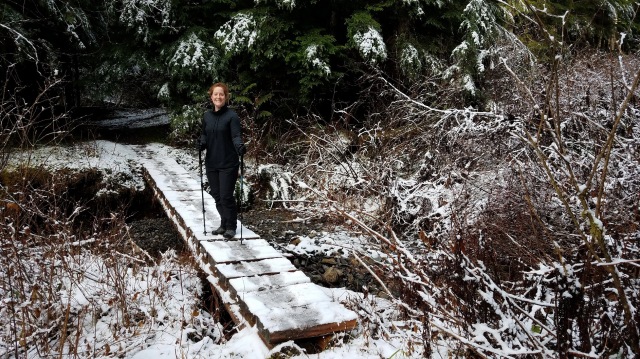 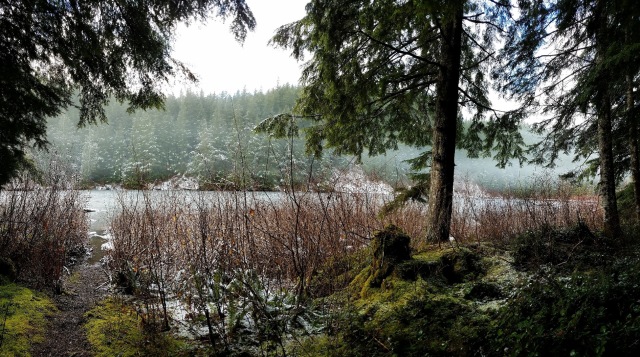 By the time we returned to Wallace Lake there was blue sky and sunshine overhead, and we had some nice views of the mountains surrounding the lake.

Apparently there’s a pebble beach somewhere along the northern shore with great views when the sun’s shining in the right direction—we didn’t find it, but our views from the western shore were lovely! 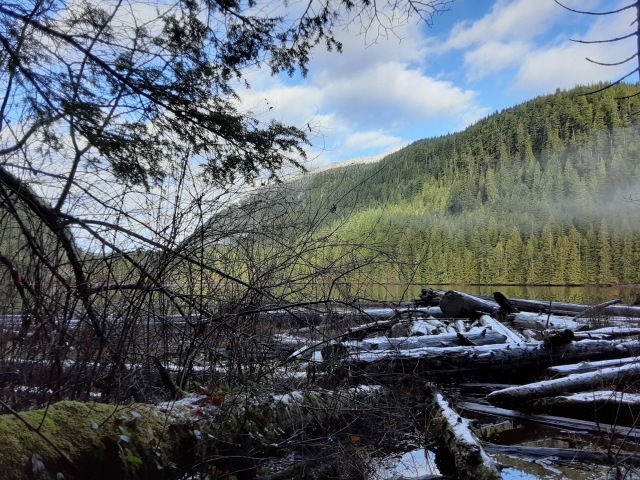 We retraced our steps back down the Greg Ball trail on our way out but instead of taking the Railroad Grade trail for our final leg we took a jog over to the Woody Trail.

My mistake–my knees would have much preferred the low-grade Railroad to the steeper Woody, and there were tons of people on the Woody heading to see Wallace Falls.

Steeper trail + more people. What was I thinking? (Photos of crowded trail not included. And on a positive note, the upside of more people = more dogs!).

Overall it was a wonderful hike and took us about 5 hours, including a 20-minute break at the top. It was great to be back in the woods and mountains after a busy few months’ hiatus, and I look forward to tackling some even more challenging hikes in the new year. Happy hiking!