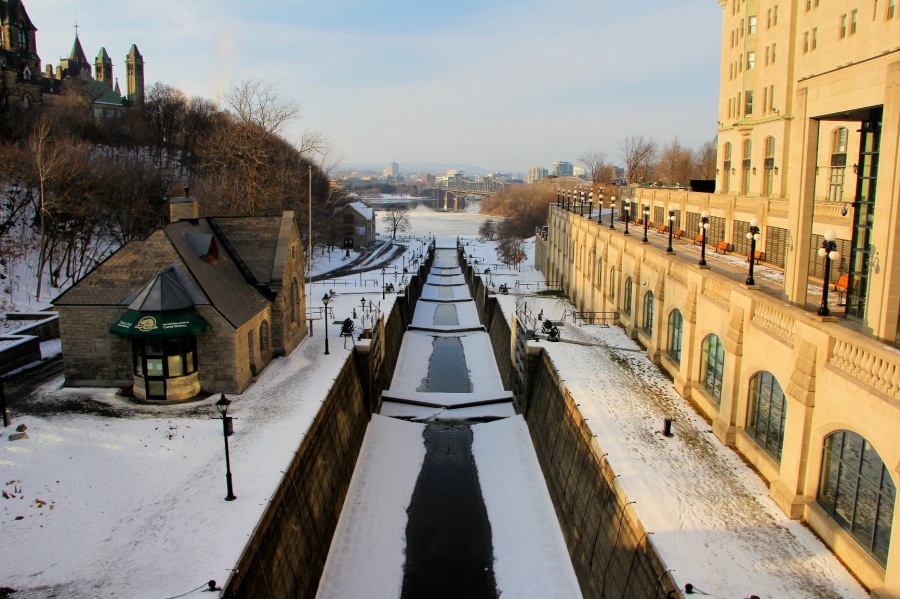 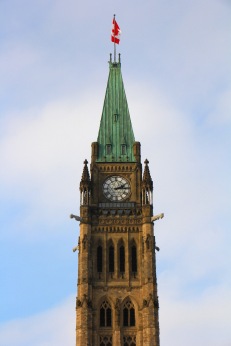 During my winter roadtrip from New York City to Bellville, Ohio, I took the long way home and visited several cities that have long been on my list. After a wonderful time exploring Montreal, I headed west for Kingston and decided to stop in Ottawa along the way.

I didn’t know anything about Ottawa except that it’s the capital of Quebec province. I had researched a handful of things to see and do in town, but I hadn’t seen any rave reviews or big tourism pushes to visit so assumed it would be a dry, commercial epicenter that I could simply pass through.

NOT SO! Despite the brevity of my visit, I ended up loving my time in Ottawa and wishing I had been able to spend more than a short afternoon there.

When I arrived, I was able to easily navigate into the city and found parking in a garage near the ByWard Market. This outdoor shopping center had cute shops and restaurants and life-size city letters so people could snap pictures and mark their adventures in the city. 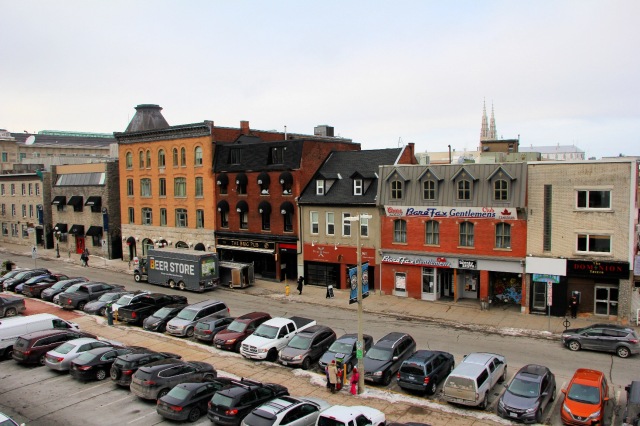 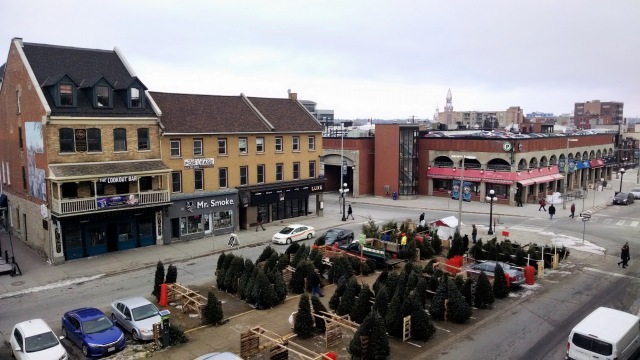 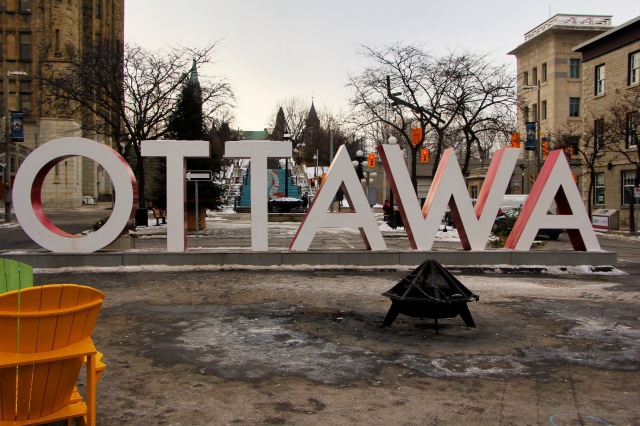 I walked through the market, noting a couple of shops I wanted to visit when I returned to my car, and headed toward Major’s Hill Park. This green space is home to the National Gallery of Canada as well as a variety of memorial statues and national landmarks.

While many of the structures were just beautiful, I was a little creeped out by the gigantic spiders! 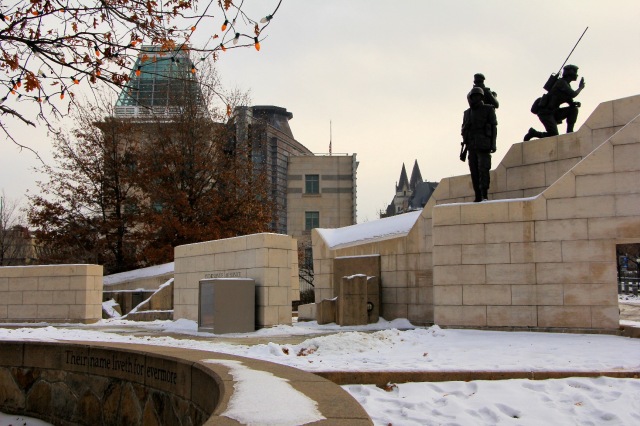 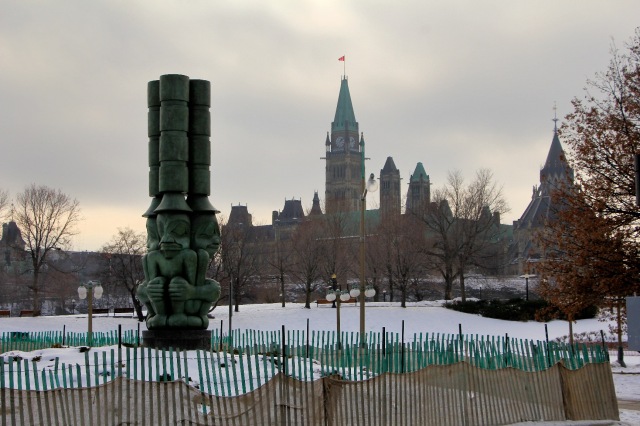 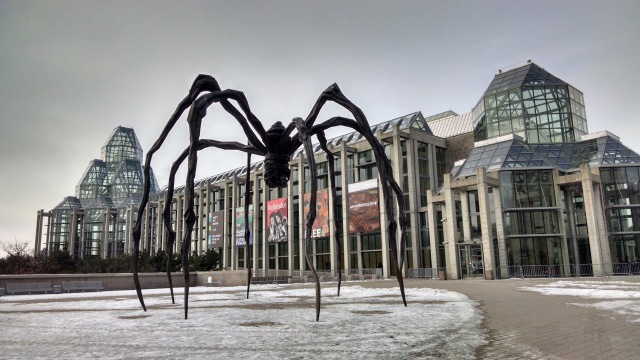 Across the street from the park was the lovely, clean, bright white stone exterior and soaring belltowers of Ottawa’s Notre Dame Cathedral.

While this clean architecture was beautiful, it was in sharp contrast to the amazing blue interior décor I experienced when I went inside! I sat in a pew taking it all in, only interrupted briefly by one other couple who had stopped to also see inside. 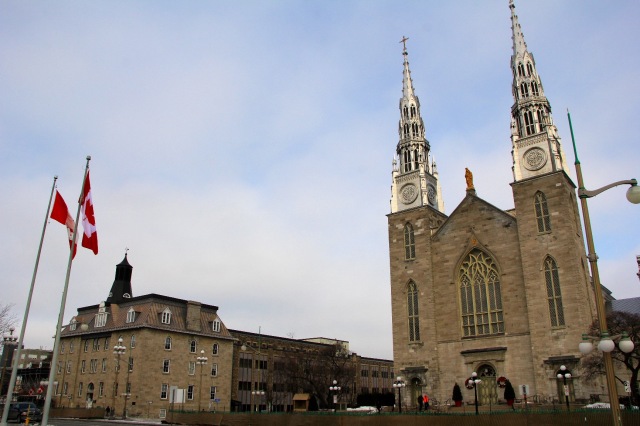 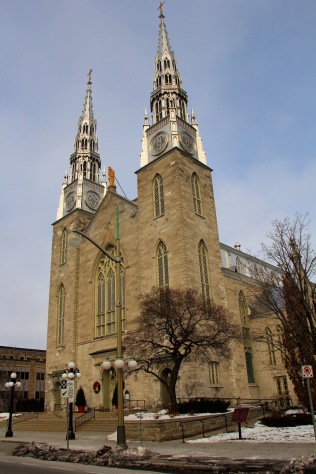 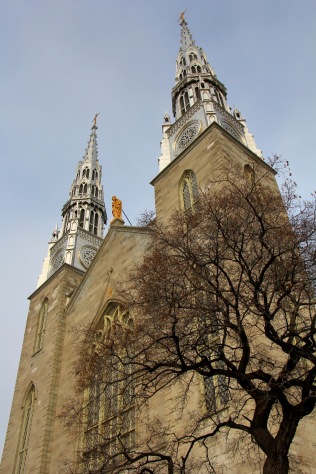 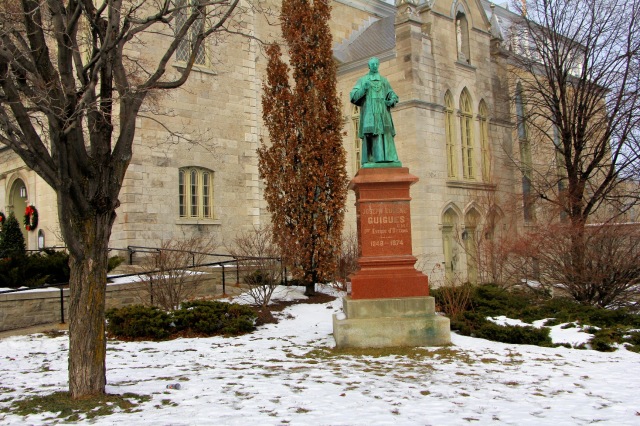 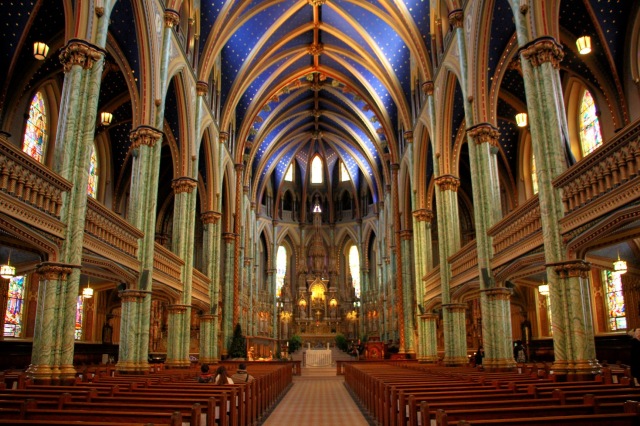 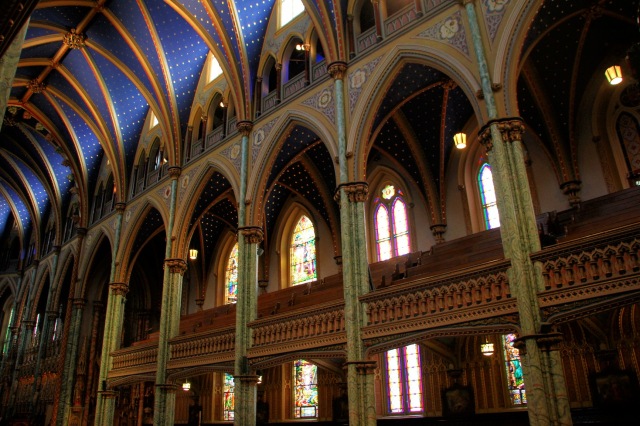 I crossed back into the park and along a path overlooking Rideau Canal. I could see my destination–Parliament Hill– and some of the buildings overlooking the canal on the far bank, including the Bytown Museum.

Heading along the path toward Wellington street, I passed the Connaught Building of Canada’s Revenue Agency as well as the Fairmount Chateau Laurier, which was every bit as castle-like and beautiful as the other Fairmount hotels I’ve encountered on my travels. 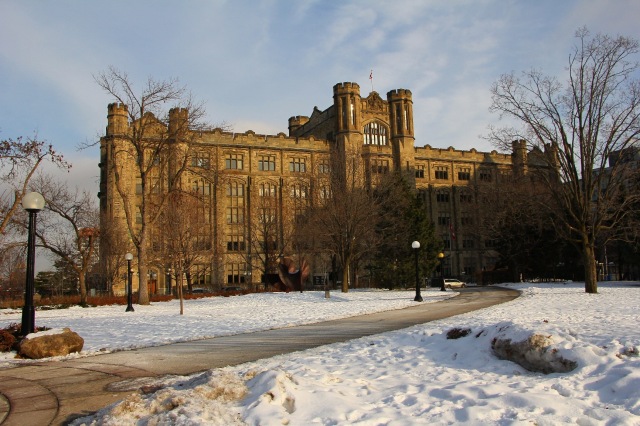 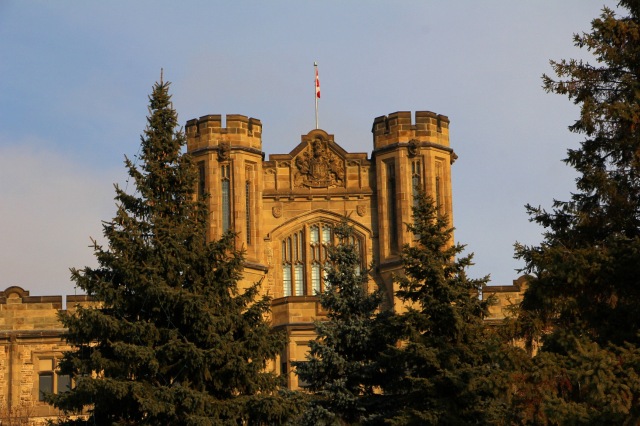 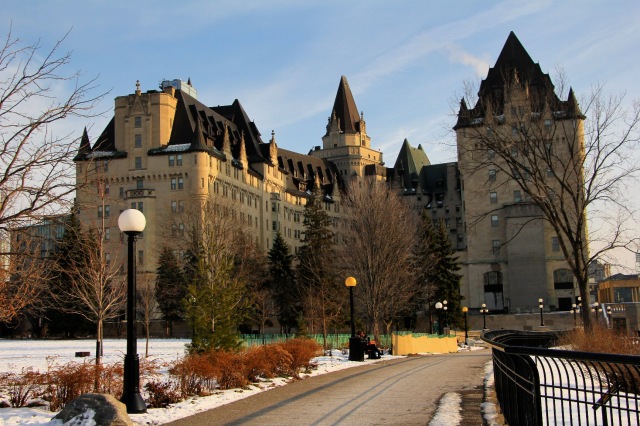 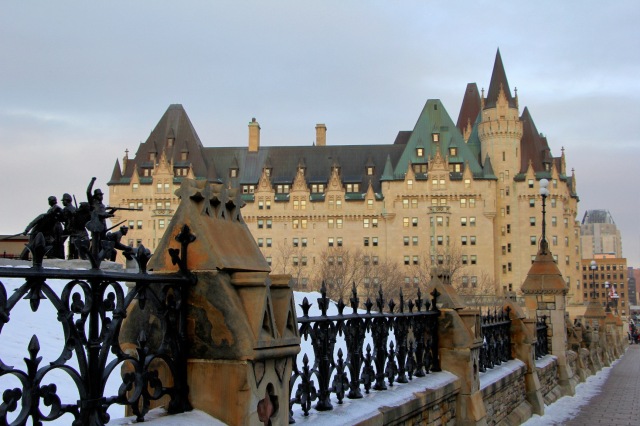 I had read a little bit about the canal, which apparently turns into an ice skating rink throughout the winter! Perhaps I was there too early—I didn’t see anyone skating.

However, the water was definitely frozen and I enjoyed seeing it from different angles as I read the informational plaques along the bridge to learn more about its history. 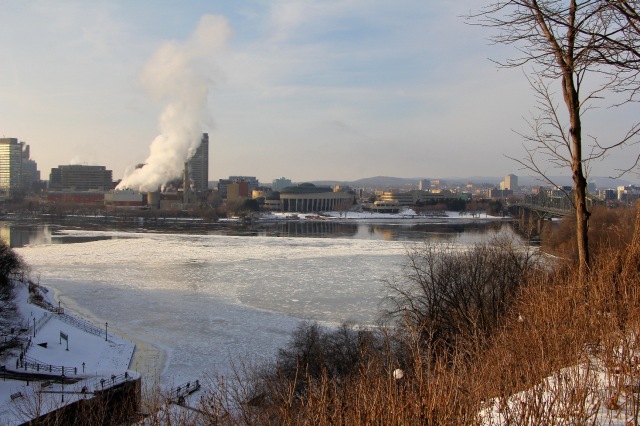 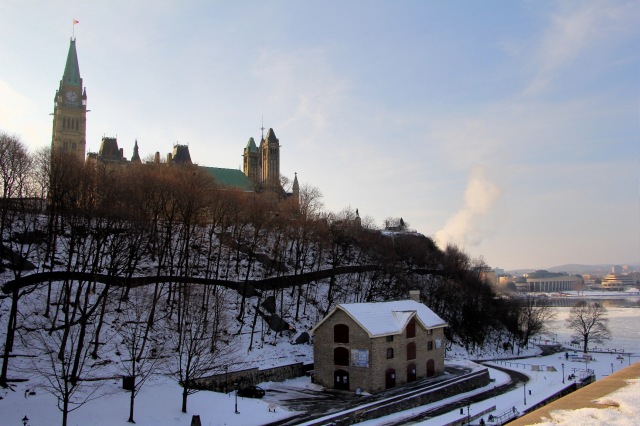 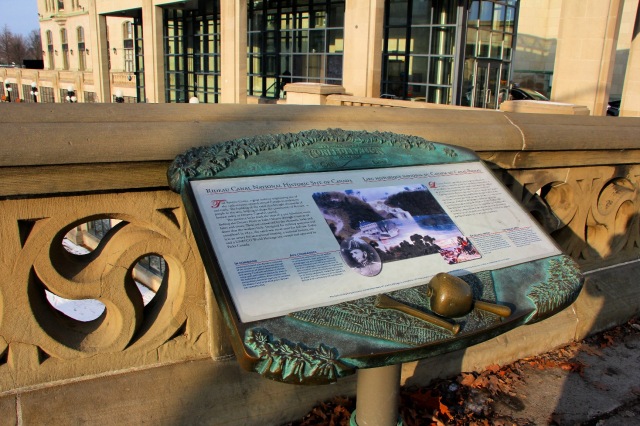 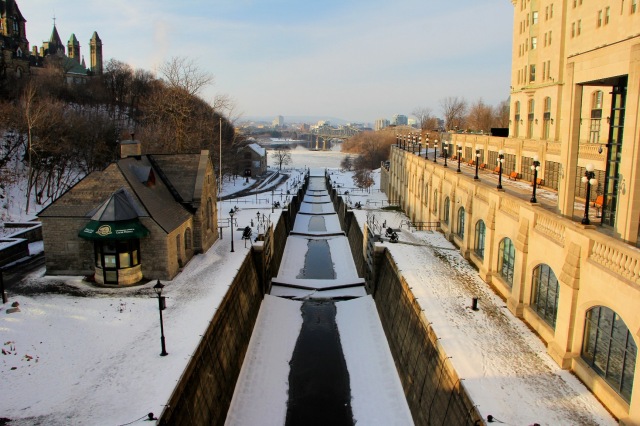 When I arrived, I was completely taken aback by Parliament Hill. There were hundreds of people there, walking from neo-Gothic building to building, taking pictures, and admiring the giant flames in the center of the complex’s lush acreage.

Each building had such personality and purpose, and I was again disappointed that I didn’t have time to take a tour, go inside or explore them further. Instead I wandered through the complex on my way back toward the market, realizing that as it stood I was going to be pushing it to get to my B&B in Kingston on time. 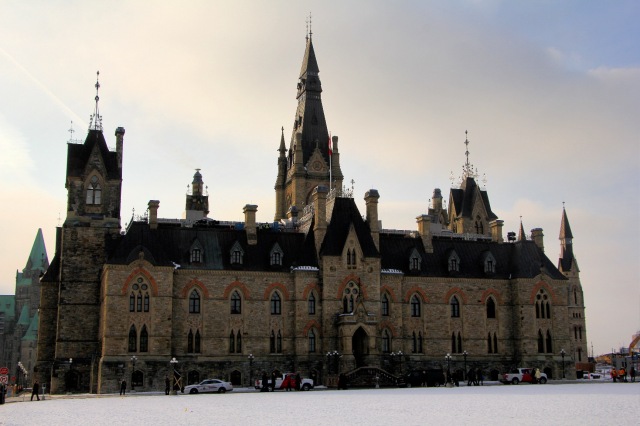 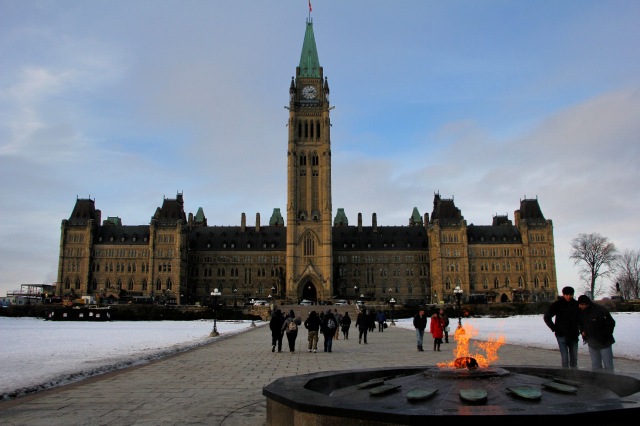 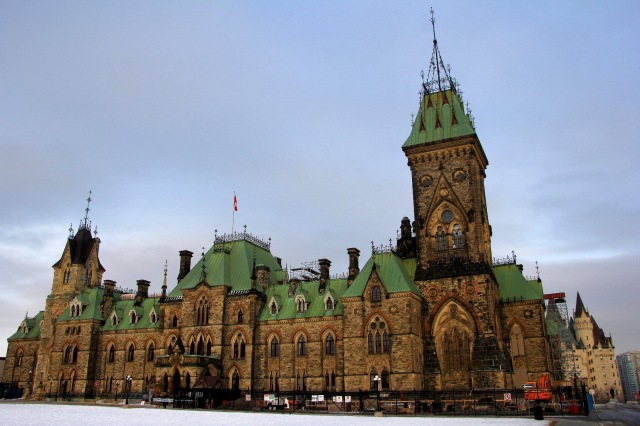 I had completely lost track of time and had failed to eat anything that day–I was finally feeling it and had to grab a bite for the road.

I decided to try the ByWard Market and behold, there was an incredible bagel shop with the famous Montreal smoked meat sandwich on deck! I ordered one and scarfed it down before hopping in my car and fighting the rush-hour traffic to get out of town. 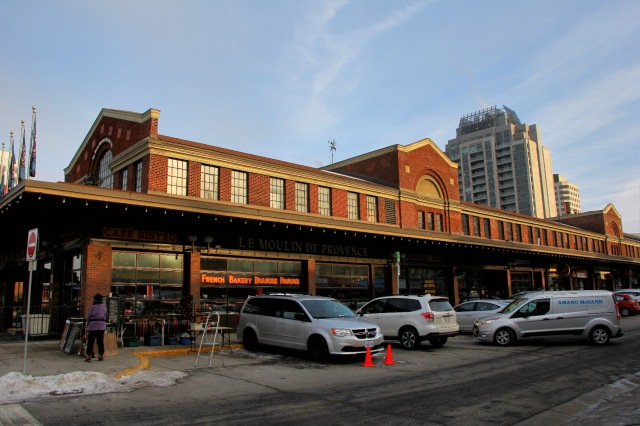 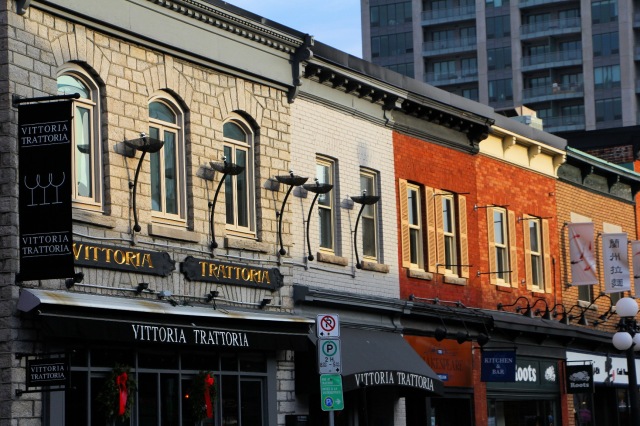 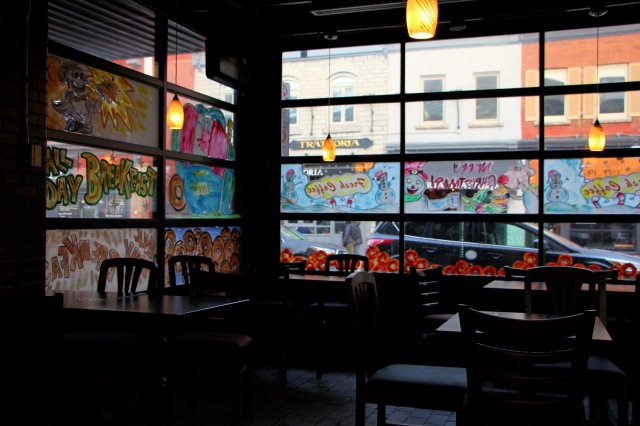 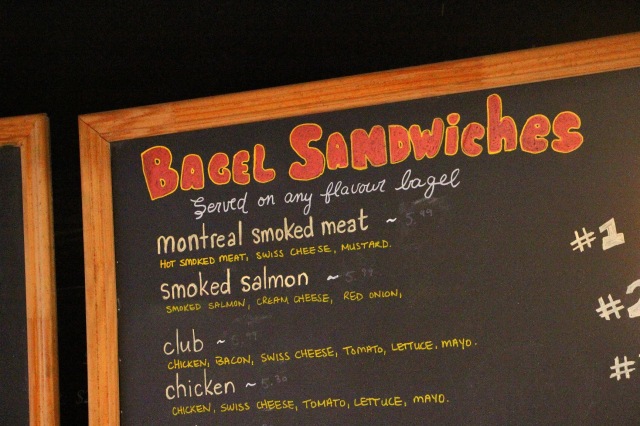 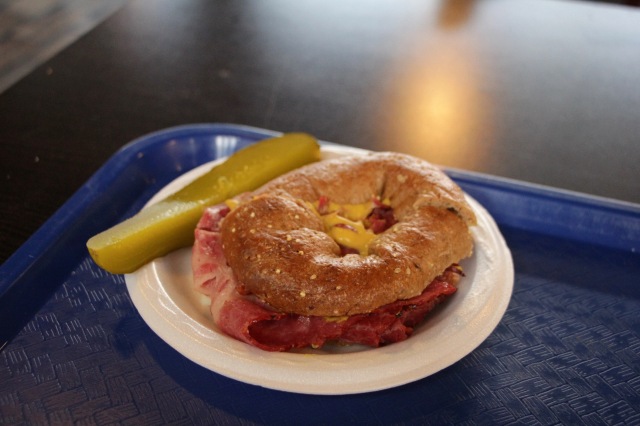 I completely underestimated Ottawa and spent my afternoon in only a tiny footprint of this incredible city. I would absolutely return, having done my due diligence to thoroughly research and make the most of my time in Quebec province’s capital city.