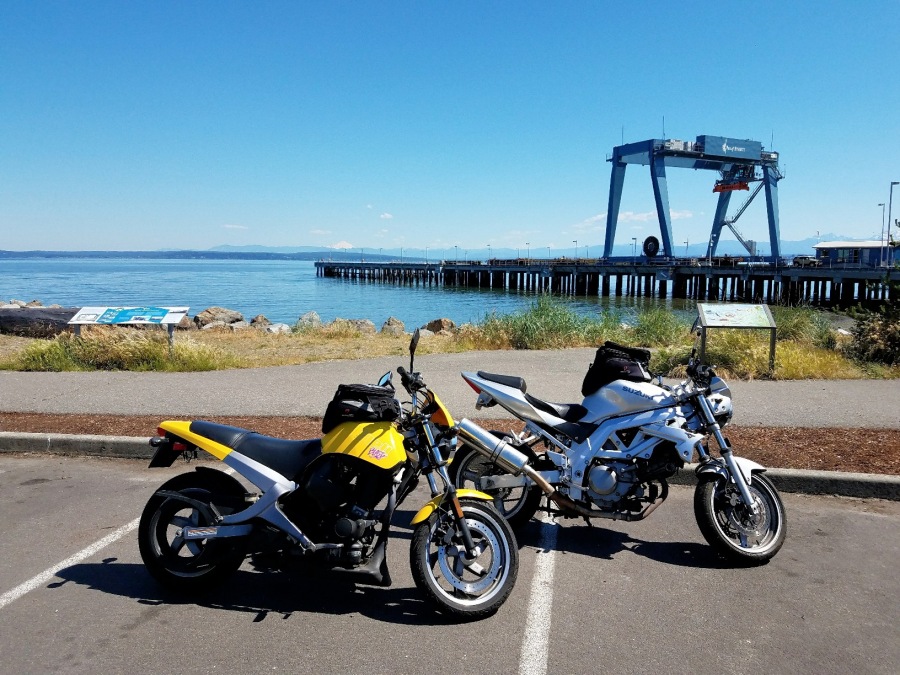 Between work, school, family and friend visits, and any number of other excuses we realized it had been several weeks since we had been on a hike. We were in serious need of some exercise and a mental break and knew heading to the woods would help!

We chose a local hike relatively near our home just on the border of Mukilteo and Everett called Japanese Gulch that looked like a nice forested loop where we could work up a sweat without killing ourselves on a warm weekend.

It was a lovely morning so we decided to make our trip a ‘bike and hike,’ riding the motorcycles north, winding our way over to the train tracks near Mukilteo Station, and– after a few wrong turns– finding Edgewater Beach where we wanted to park.

The beach is right at one of the docks and we had beautiful views over the water as we changed out of our riding gear and set off toward the woods where we hoped to find the trail head. 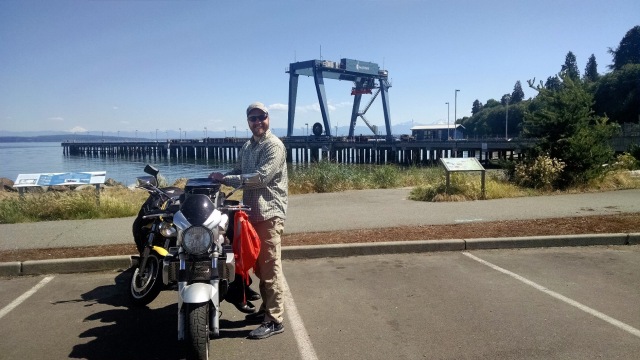 After a false start taking a small trail up to the train tracks that we quickly discovered was not our trail, we found the actual trail head, which is clearly marked with a large sign.

There were some informational displays near the trail head as well but they were pretty dirty and we weren’t able to read the descriptions or see the pictures. It was already warm outside so I wasn’t willing to waste any of my water cleaning them off to get to the history. Instead, we found some information later on the Washington Trails Association website:

Originally owned by the Mukilteo Lumber Company, Japanese Gulch was housing for millworkers and their families, many who were Japanese. The area was used for defense during World War II and by the Boeing Company in the 1960s, until 2007, when a company tried to purchase the area to be an industrial park. The community of Mukilteo protested, saving the wildlife habitat in 2014 when it purchased the land and preserved it for public use.

The trail winds uphill and initially comes out at a main road you have to cross over to continue your walk. There are multiple paths you can take and using Brian’s app, we were able to stay on course and make our way around the loop.

Sections of the trail were in need of a little repair and others were fairly muddy messes thanks to the trail bikes that clearly make use of the area. Nothing insurmountable and by the time we reached the train tracks and our turnaround point, I was out of breath and ready to head back! 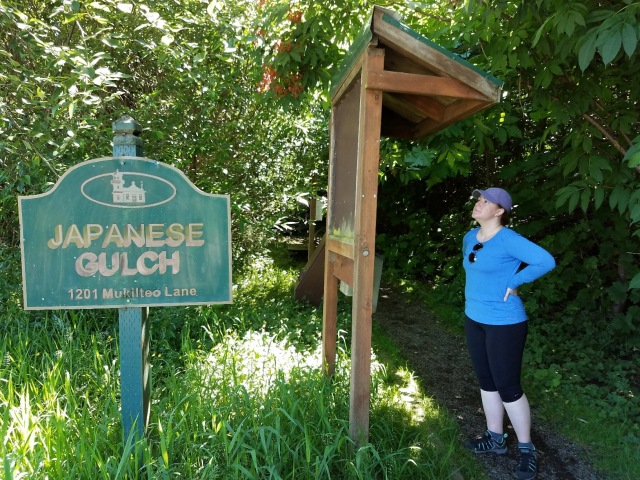 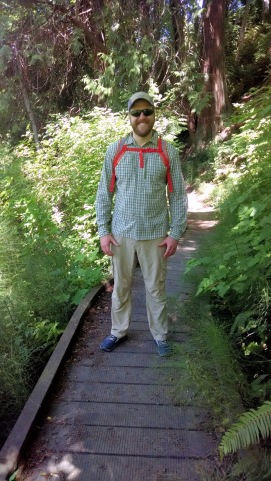 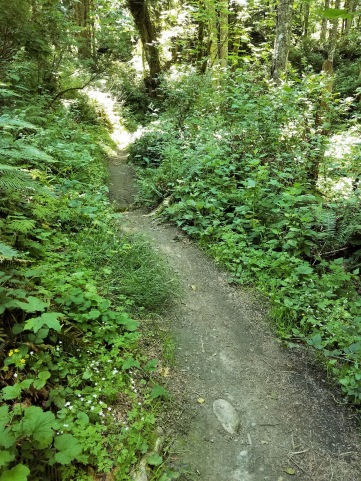 We ended up walking along the train tracks and then cutting into one of the paths along the tracks, which offered some shade. The tracks brought us all the way back to the main road we had crossed not long after the trail head.

Heading toward the trail head, there’s a sign posted that points you in the direction of the trail and trail head– the only directional sign we came across during our trip! It would be helpful if there were more within the trail system to help you find your way!

Altogether our hikes was about 5.25 miles roundtrip with a total of 575 feet of gain. It felt like a lot more to me! This was a great little wooded hike close to home and with plenty of other trails to explore on another occasion.