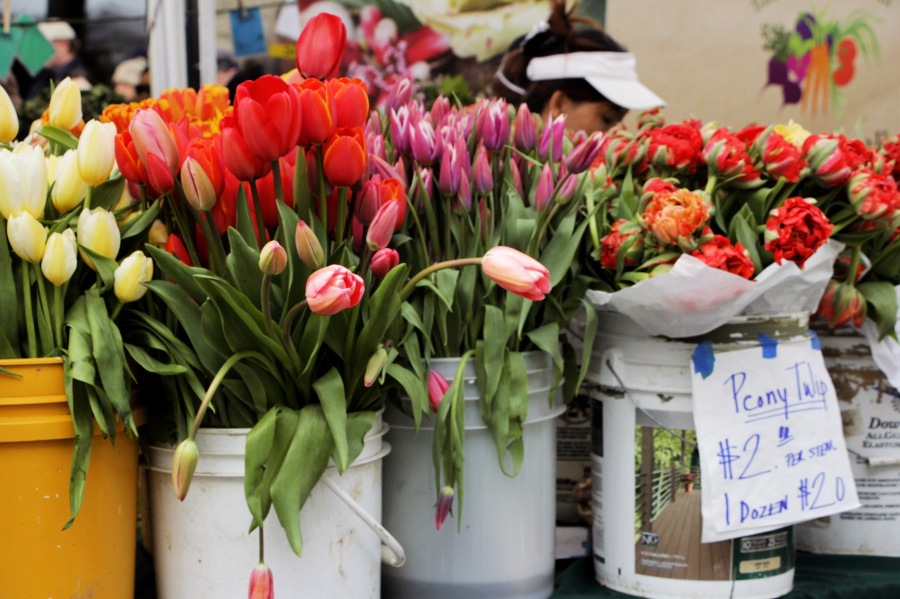 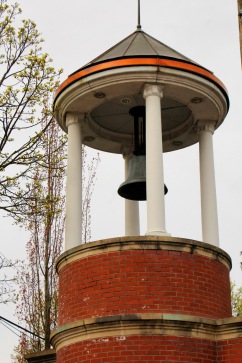 Several months ago I came across an ad in one of my magazines about a Marimekko exhibit coming to Seattle!

I’m not into fashion, but I was familiar with Marimekko because their beautiful, colorful patterns often appear on Crate&Barrel items like bedding and shower curtains, several of which I’ve purchased.

I knew they were based out of Finland, and I knew they had been popular since the 60s, but I didn’t know much more than that and was excited to check out the exhibit.

As I looked into it further, I discovered the exhibit was going to be at the Nordic Heritage Museum, which has been on my list of things to do.

It was the perfect excuse to plan an afternoon in Ballard!

We decided to explore on a Sunday so we could also experience the year-round Ballard Farmer’s Market. The market is huge and there were tons of people out enjoying the vendors, the buskers, and the partial sunshine!

We started out near Bergen Place, reading some of the plaques about the city’s Scandinavian, and in particular Norwegian heritage. As we headed down the street and along the stalls, we also popped in Venue because they had the cutest Sasquatch onesie in their display window that I thought would be perfect for one of my Seattle friends who is expecting.

Brian doesn’t love to shop but this store was part shop and part art gallery, and we both enjoyed looking at some of the local artists’ work. If you enjoy letterpress anything, they have adorable cards and stationery as well.

Outside the store was the Ballard Centennial Bell Tower, which commemorates where Ballard’s City Hall used to stand back when Ballard was a separate city. The tower features the original, restored 1,000-pound brass bell from the City Hall, which used to ring out shift changes and curfew for children. Today it rings to mark the opening and closing of the Farmer’s Market!

As we wandered the various stalls, we tried a few free samples and ended up buying some asparagus and something I’ve never even heard of before—purple broccoli! I was hard pressed not to fill my bag with other veggies, especially some of the incredible mushroom varieties featured at some of the booths. 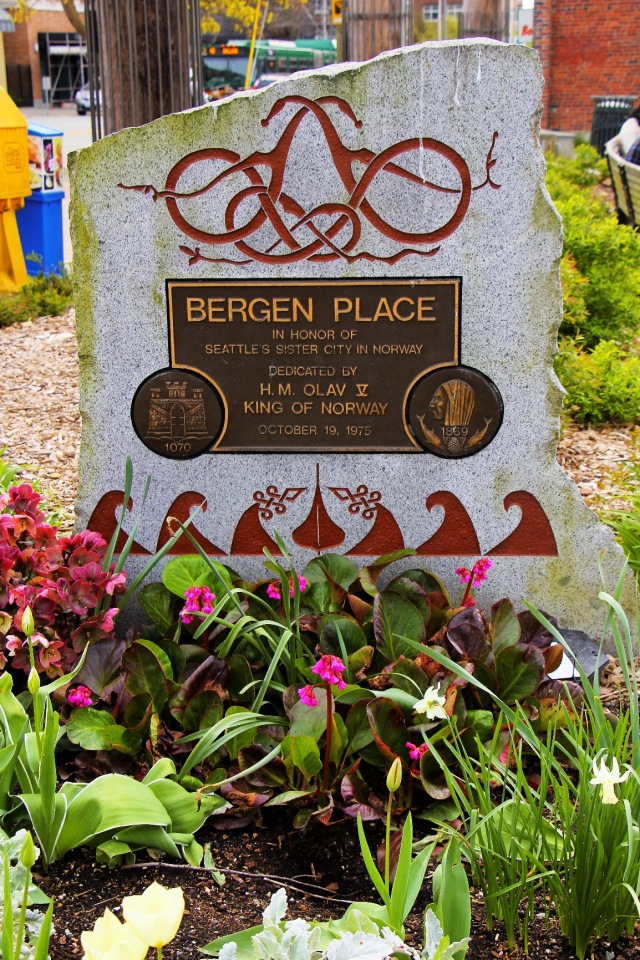 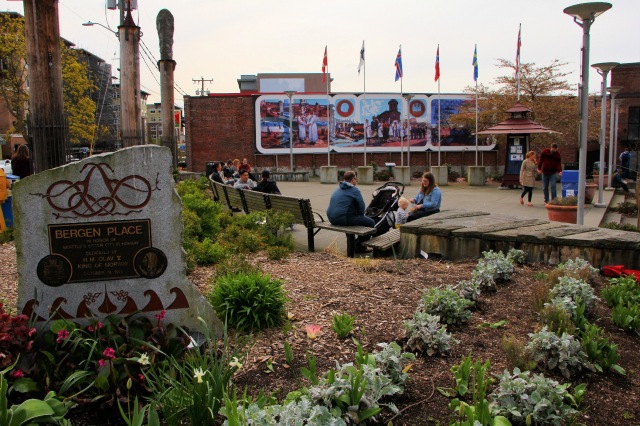 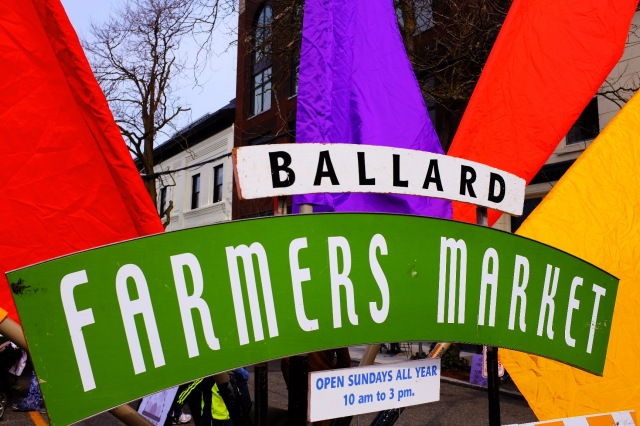 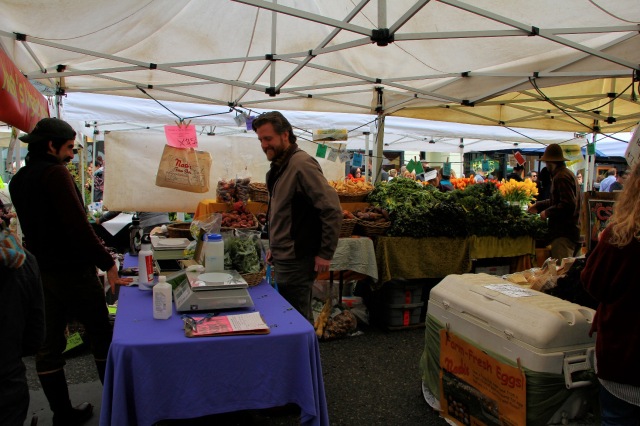 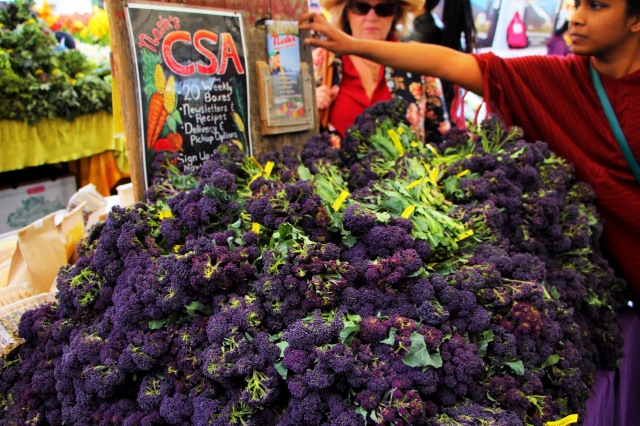 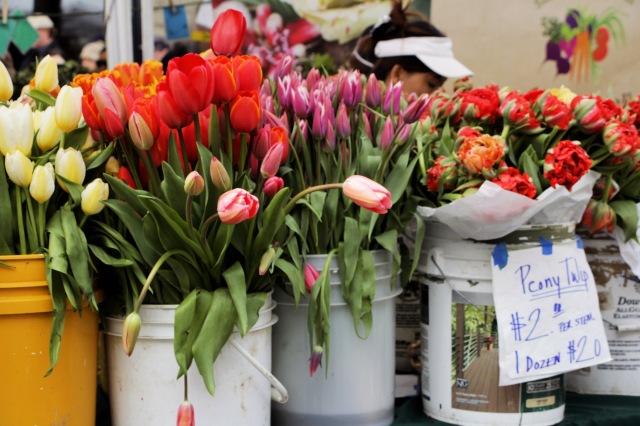 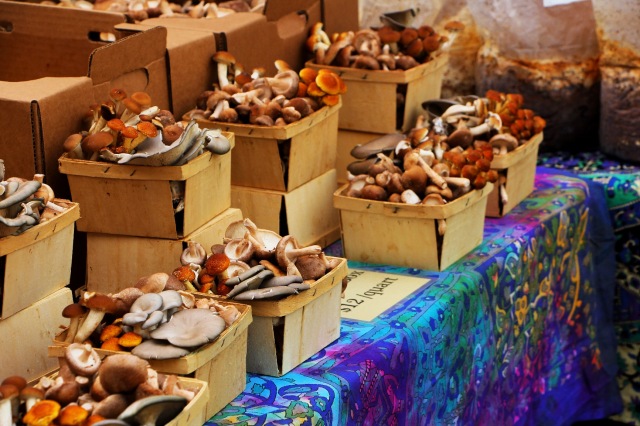 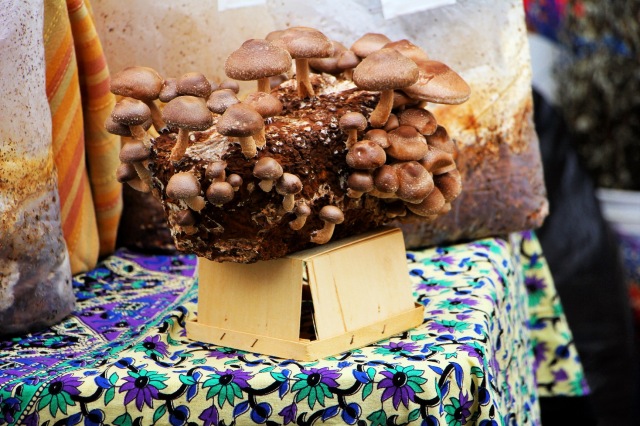 Given the somewhat Scandinavian theme of our afternoon, I had originally looked into grabbing brunch or lunch at Scandinavian Specialties or Old Ballard Liquor Company. They were both a little out of our way and we wanted to have enough time at the museum, so we ended up popping in Bastille right along the market and having a wonderful brunch.

We will definitely be back to try the multitude of Ballard restaurants on my list, including my Scandinavian finds!

From the market we drove over to the Nordic Heritage Museum. Outside there was a special exhibit/activity recognizing Finland’s Centennial—a traveling sauna that you could schedule time to experience!

Unfortunately the schedule was already full when I planned our outing. I’m not sure Brian would have been into steaming with other people anyway!

Inside there were displays and information about the museum’s new location down by the Ballard Locks, which will be opening in 2018. I’m glad we were able to experience the current location, although the art exhibit was unavailable as they’ve already started preparing it for the move. 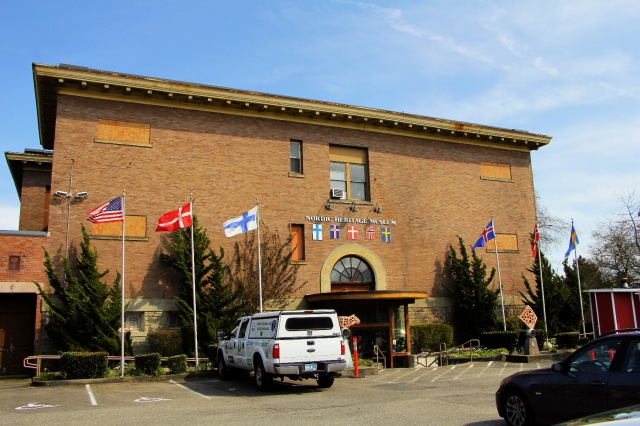 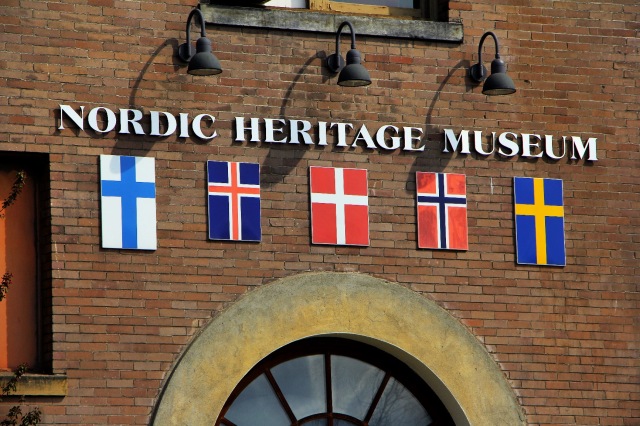 I wasn’t sure what to expect and ended up really enjoying the museum. I learned much more than I had anticipated about the five Scandinavian countries and the stories of how and when people from those countries immigrated to the U.S., and the Ballard area in particular.

Several of the exhibits were interactive, and I loved the incredible old trunks, with shipping stickers still intact, that local individuals and families had donated for display. I’ve lived in 10+ places in my life, and two of those have been fairly major moves—when I studied abroad in Northern Ireland for six months, and when Brian and I moved from Northeast Ohio to the Puget Sound region of Washington.

When I prepared to study abroad, I packed two suitcases full of everything I thought I would need to live in Northern Ireland for six months. It was difficult—I didn’t know exactly what I would need or what my living arrangements would be like. I did know that my family could send me things I really needed after I was there, and that eventually I would return home to the rest of my ‘stuff.’

When Brian and I moved to Washington, we also had the predicament of not knowing what our living arrangements would be like or where we would ultimately live. We made our best guess at what we would need and spent a lot of time going through our things prior to packing. We gave a lot of things away, we returned a lot of things to our families, and we still filled a semi with all of our “stuff” and moved it across the country.

Both of those scenarios were in the back of my mind as I read these incredible stories. While my choices to move were driven by my desire to learn more about the world and myself, to challenge and broaden my abilities, and to pursue knowledge and career opportunities, many of these individuals were making the choice based on substandard living conditions at home. Others didn’t have the resources to move and remained behind.

I love reading these stories and reflecting on the causes and effects of people’s transience over time. 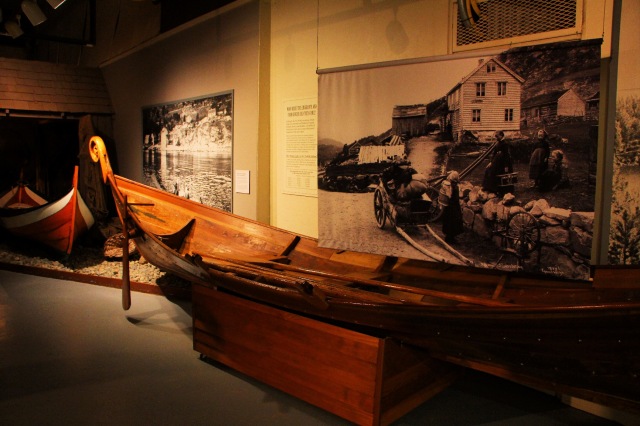 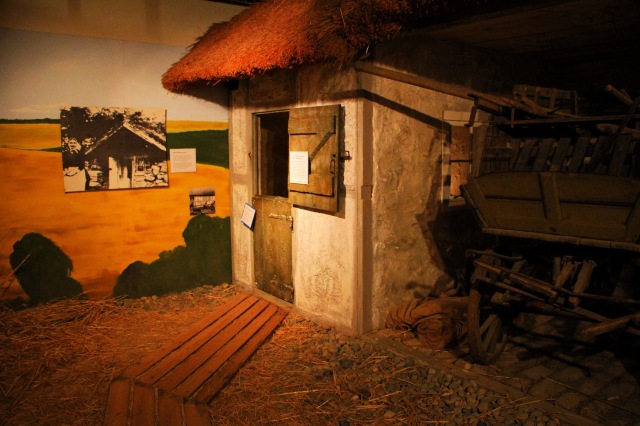 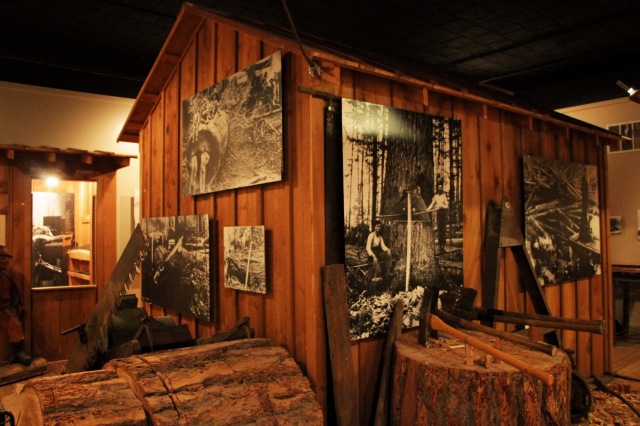 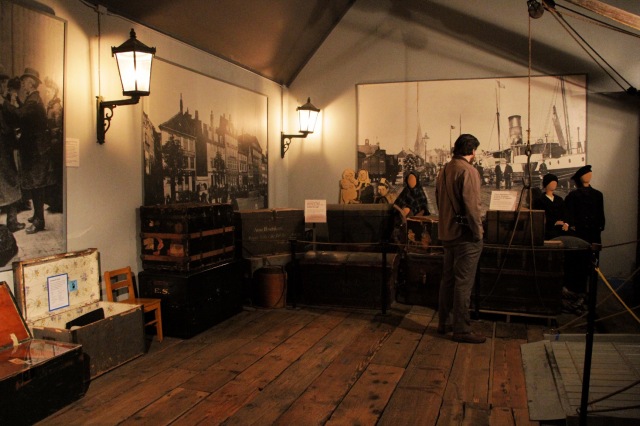 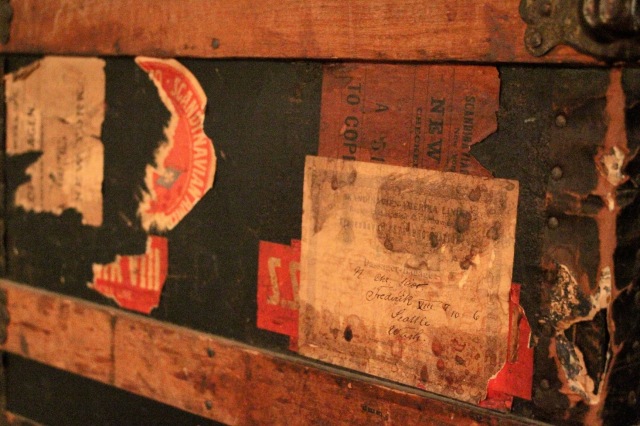 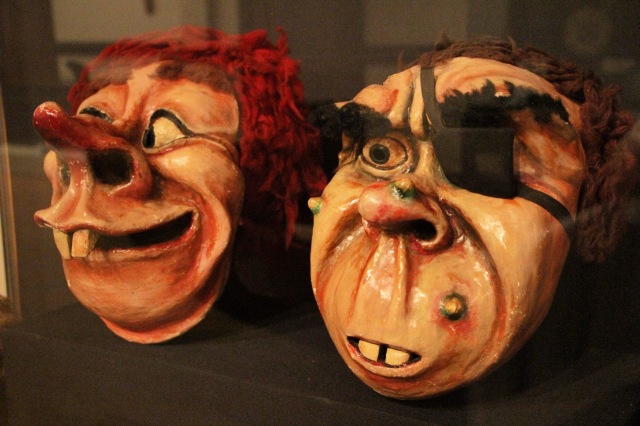 I wasn’t allowed to take photos inside the Marimekko exhibit– only of a few display items outside the exhibit. Despite not having photographic evidence, I assure you it was really interesting!

There were tons of examples of fabric selections, clothing and more, and I liked reading about Armi Ratia and her husband Viljo who founded this company and the history behind what really became a movement in the fashion industry. 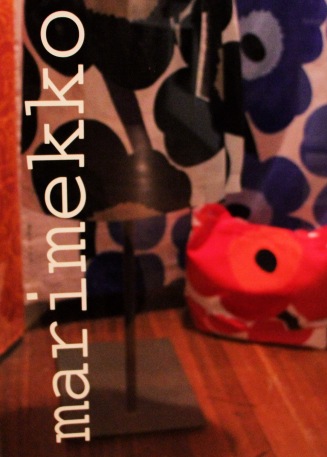 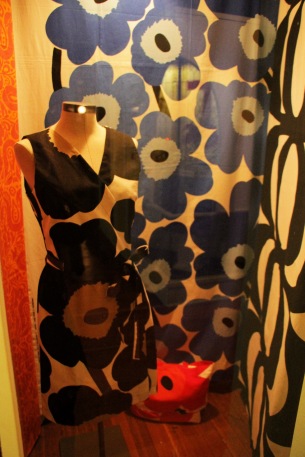 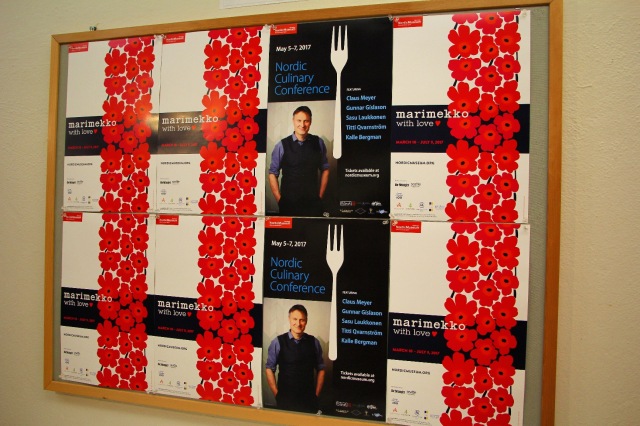 Our experience at the museum ended on the third floor, where there were individual rooms filled with exhibits representing each of the five Scandinavian countries. They were really a deep dive into the culture of each country and what traditions carried forward as people immigrated to the area.

While we tried to make it through the whole museum that afternoon, we only got to read about half of what was on display. There is so much history and storytelling captured—it would be easy to return again and again and find something new.

From the Chittendon Locks to the live music scene, to countless restaurants and shops, and now our foray into the Scandinavian influence of those who settled in this area, we’ve only seen a sampling of all Ballard has to offer!