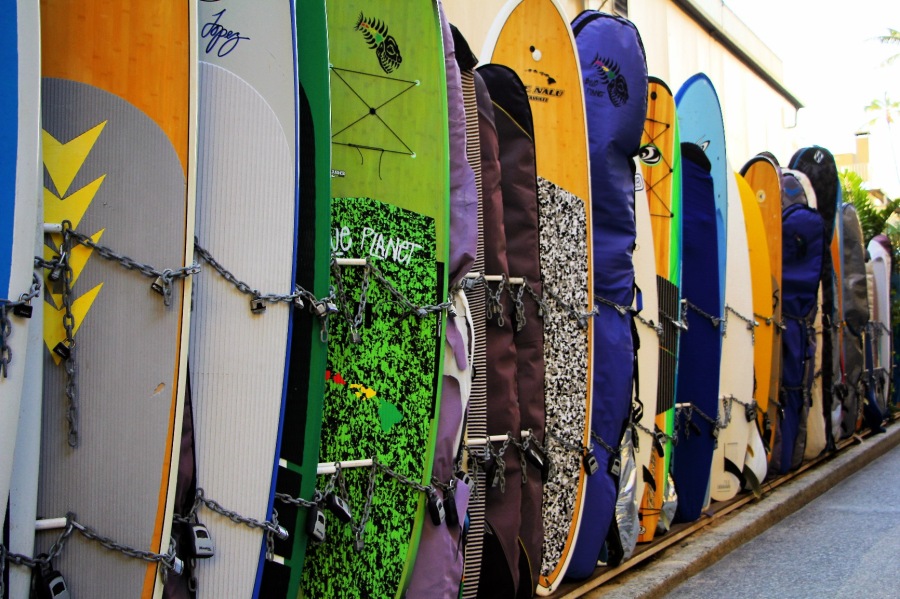 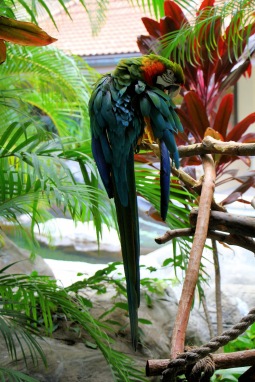 We had an incredible four days exploring Hawaii’s Big Island. We were on the move each day, staying in different towns each night, and experiencing the island’s variety– in landscape, activities, people, sites and more.

During the second half of our trip to Hawaii we visited Oahu for three days and took an opposite approach, staying on Waikiki Beach at the Hilton Hawaiian Village Waikiki Beach Resort the whole time and using it as a platform for day trips around the island.

Because we were off exploring the island during our three days on Oahu, we didn’t really take advantage of the resort amenities.

However the few things we did experience were fun and ultimately reassured me we had made the right choice staying at the resort this trip.

We are not resort or beach people so I was a little nervous about this accommodation choice. I made my decision based on the resort’s central location to the things we wanted to do on Oahu and Brian’s Hilton status from his work travels.

From our southern balcony we could see around to the resort’s pools and outdoor spaces as well as down Waikiki Beach to Diamond Head Volcano. From our western balcony we had a heads on view of the sun setting over the Pacific ocean and could look north toward Honolulu, which would glow at night.

I’ve never stayed in a corner suite before and wouldn’t mind doing it again—the room and the views were absolutely incredible!

Our first day we spent most of our time exploring the North Shore and didn’t get back to the resort until late. Rather than walking into town and fighting the crowds at dinnertime, we opted to try one of the beachfront restaurants at the resort.

We were able to sit outside next to the band, and ordered wine and flatbread pizza that totally hit the spot. The people watching was terrific, and it was the perfect way to end the day—relaxing outdoors, enjoying good food, and listening to live music. 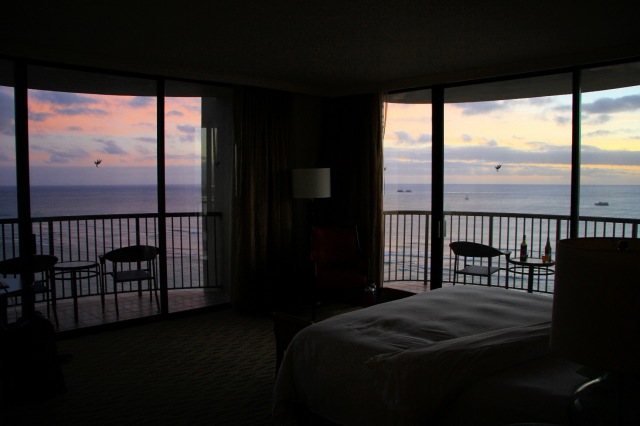 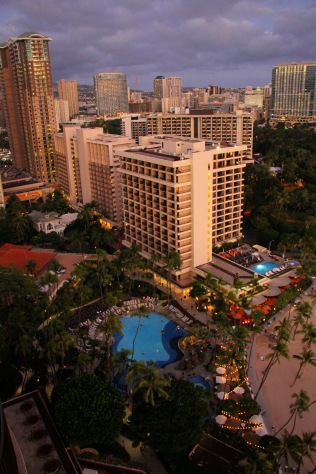 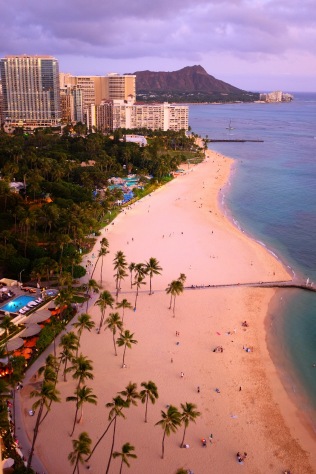 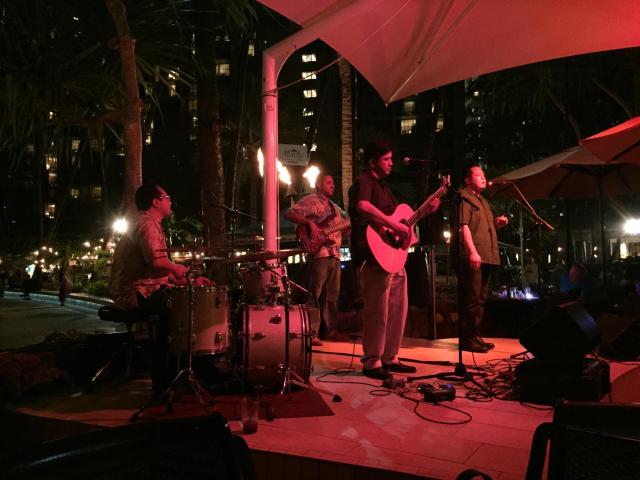 Our second night on the island we were back at the resort close to dinner time and decided to explore Waikiki Beach. We navigated to the walkway outside our resort and headed south along the beach, taking in the other people who were out on a late-afternoon stroll as well as the multitudes of people enjoying the sand and ocean.

The walkway ended rather abruptly near the Outrigger Reef Resort’s section of the beach so we turned toward town and made our way among the local shops and restaurants until we could work our way back to the beach.

We found a small alley lined with surf boards that led us straight to the one beach bar we wanted to check out—Duke’s Canoe Club.

This place is a tourist hub so I was afraid we would never get in. Somehow we completely lucked out and found two seats at the bar just in time to order drinks and listen to a few songs by the band.

I ordered their famous Mai Tai and read about Duke and his swimming and surfing legacy (which included his gold medals at the 1912 Olympic Games and later role as the Ambassador of Aloha) while Brian headed outside to capture a few photos of the sun setting over the Pacific.

We finished our drinks and took a leisurely stroll back to our resort, avoiding the incoming tide, enjoying the cool sand of the deserted beaches, and admiring the incredible view as twilight settled in. 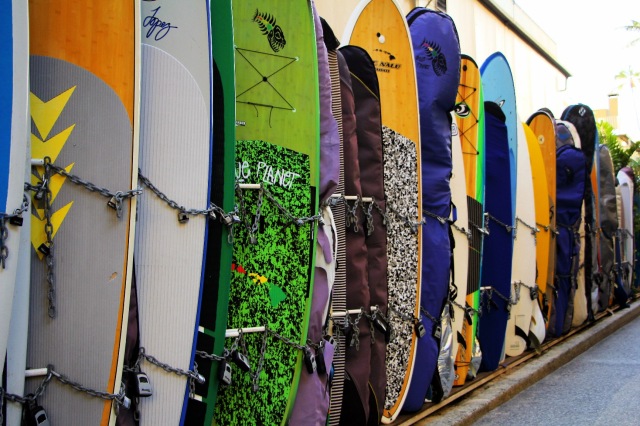 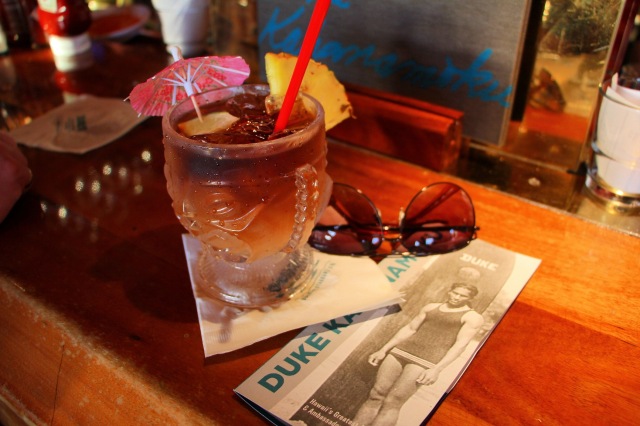 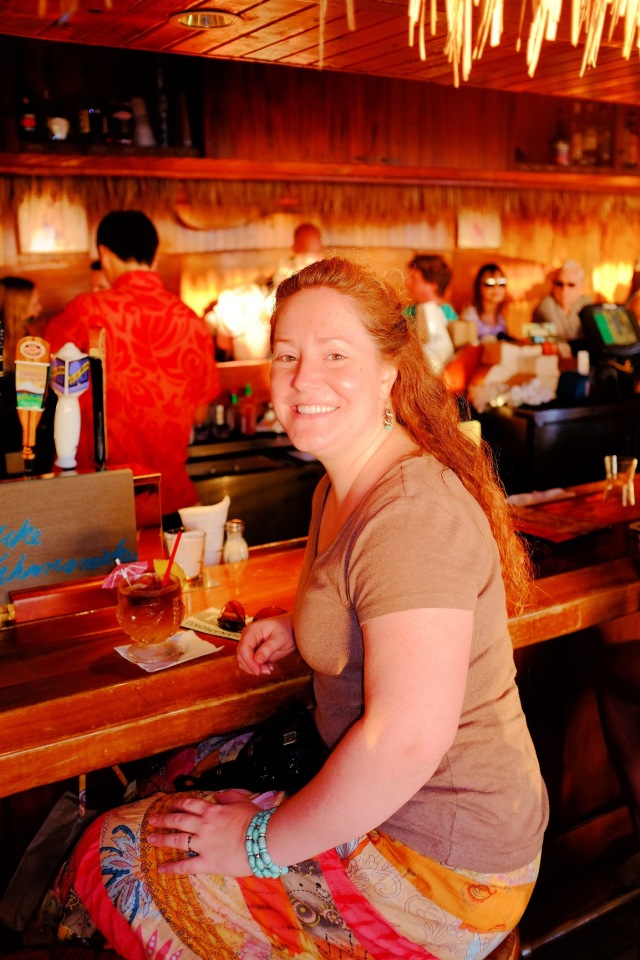 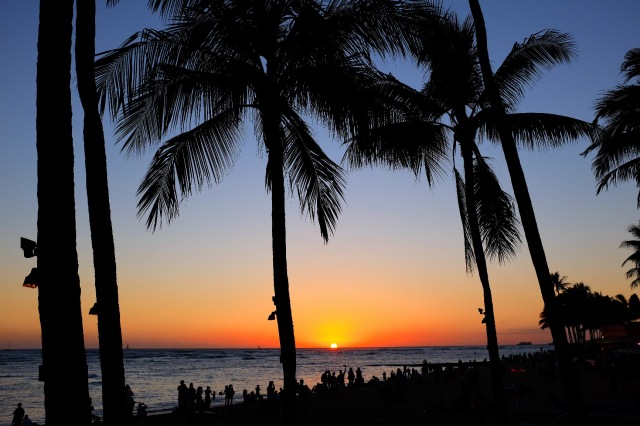 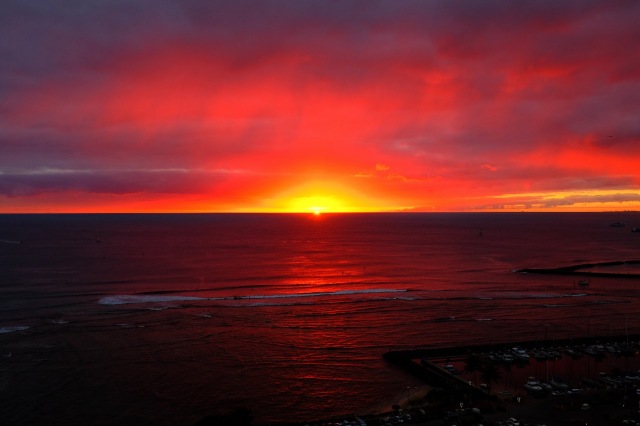 Our room afforded us the perfect vantage point for watching some of the resort activities. On our last night, we were able to sit on our beach-facing balcony and watch the music and dance performances down in the pool area, the Diamond Head Volcano creating a beautiful backdrop as we looked out over Waikiki Beach.

When things settled down we walked through the resort to one of its smaller tapas bars where they had live music. Along the way we passed the pools and green spaces that were filled with exotic birds, giant koi fish, and visiting sea ducks during the day.

A few hours later we relocated to our ocean-facing balcony for a front-row seat to the weekly fireworks show. The resort had cleared the surrounding beach area and set up the fireworks right outside our building. When they started going off, it felt like they were going to launch right into our room!

Brian was able to set up his tripod and take some incredible photos. I took a few crummy ones on my phone of his set up, just to provide a little context for how close we were to the explosions! It was loud and beautiful– a huge benefit of being in the Rainbow Tower on a Friday night.

If you’re into the resort scene, I would recommend the Hilton. It has significantly more beach access than some of the other resorts, has a multitude of amenities, and offers relatively easy access to other sites in Honolulu and throughout the island. 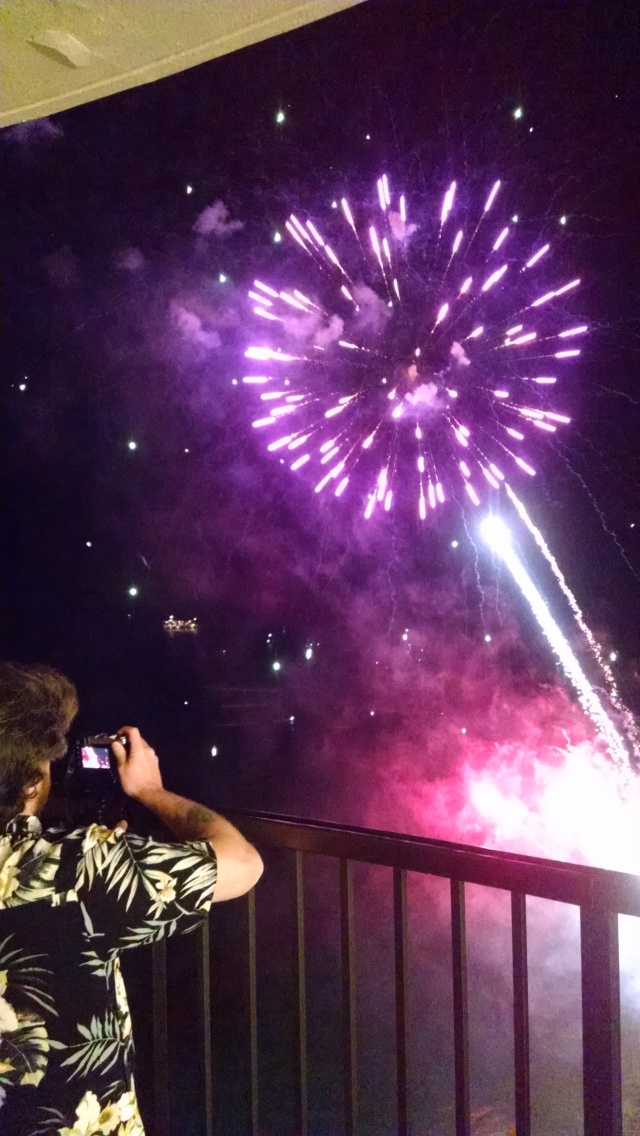 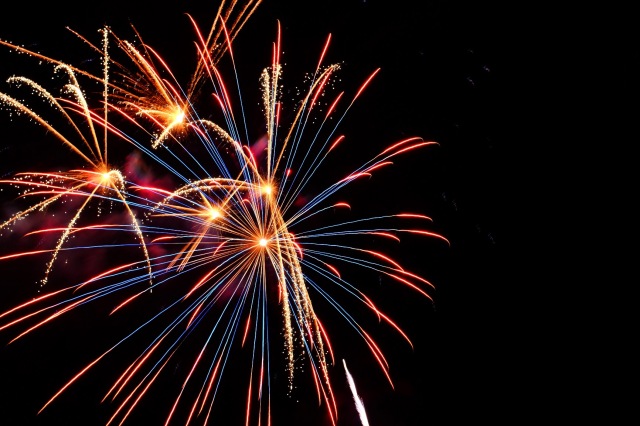 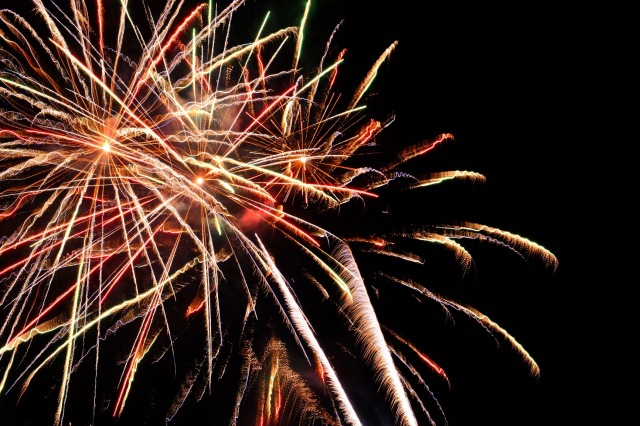