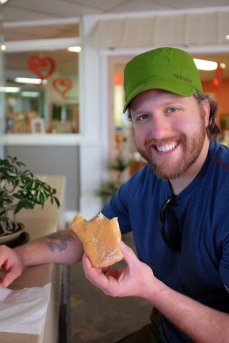 After our leisurely day of driving the eastern coast of the Big Island we ended in Waimea in the northern part of the island. Along the way we noticed the scenery changing once again as we entered the grassy, hilly terrain marking our entry to cattle country.

Since we were just taking a day to drive through the northern part of the island I hadn’t booked us any of those activities, but we were still able to experience the area and the ranches from afar.

We arrived just before dinner time after following the coast from Volcano Village up through Hilo to Honoka’a where we stopped to try our first malasadas at Tex Drive-In.

Though not technically a doughnut, these Portuguese confections are basically fried dough rolled in powder sugar or some other topping of choice– and yummy! We bought a couple and grabbed seats next to a window overlooking the fryers so we could watch them mixing, forming and frying the dough before lifting the golden and puffed pastries onto parchment paper for cooling.

Following our snack we headed north and inland to Waimea where we made our way to the Kamuela Inn. It had mixed reviews online but was undergoing renovations and fairly priced so we gave it a shot. Our room was newly renovated and the whole place ended up being really nice and was within walking distance of our dinner reservation at Merriman’s.

Our dinner was fantastic– everything on the menu looked incredible. We ended up getting one of the special fish entrees and a filet of the local beef, both of which were delicious. The cherry on top was sharing the most amazing dessert– a pineapple bread pudding with toasted macadamia nuts that was to DIE for. Highly recommend it! 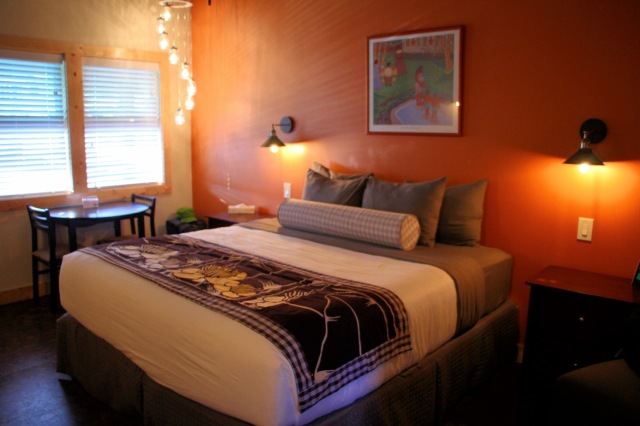 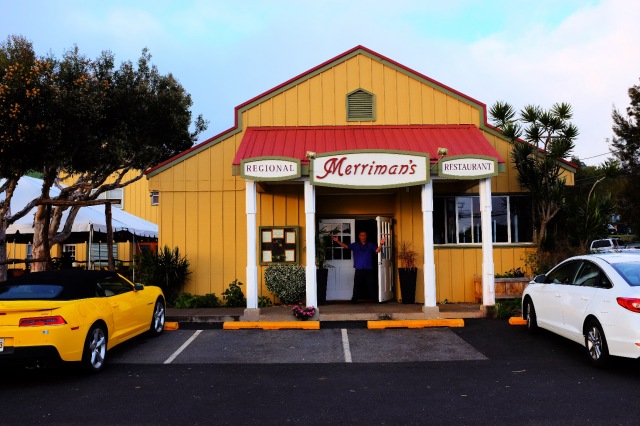 The next morning we set out to explore the northern part of the island, backtracking a little for our first stop at the Waipi’o Valley overlook. We had experienced incredible weather thus far but it was a little overcast that morning as we drove over and parked in the limited visitor parking.

Waipi’o Valley is only accessible a few ways– hiking, ATV, tour or four-wheel drive car. The road down to Waipi’o valley is incredibly steep with an average grade of 25% and a peak grade of 40%!

We didn’t have plans to go down into the valley, which would take a day or more to explore, but the view from the overlook was well worth the visit.

The sun would randomly peek through the clouds, and we would hurry and snap a few pictures. More people arrived and soon it was getting busy and we were ready to head on our way. 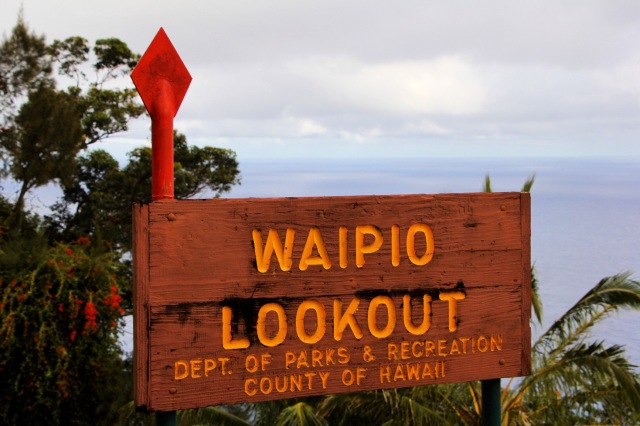 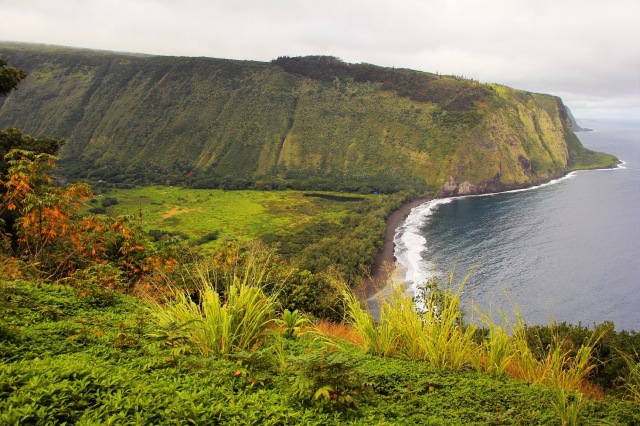 From the overlook we drove back across the island to make the Hawi loop drive. The sky cleared, and we had beautiful blue skies as we wound our way up and northwest toward the corner of the island.

Along the way we pulled over at a few hazy overlooks towering over Waimea, surprised to come across rocky ravines and cacti along the way. We also passed a number of ranches with impressive gates and their names prominently displayed at the end of their drives.

Just as we pulled into Hawi and started to check out the little shops, the rain started to fall. We popped into a little shop called the Aloha Man where I found a cute shirt, and by the time we finished, the rain had tapered off.

We walked around the main street a little ways before deciding to grab lunch at the Bamboo Restaurant. The food, drink and atmosphere were great, and we completely lucked out that a local hula group was fundraising for an upcoming competition and performed a few songs for us! They cleared a couple of areas and we were able to sit back and enjoy the music and hula before contributing to their goal.

Before leaving town we stopped at the visitor center, which was nicely done. There were some interesting items as well as informative plaques outlining the history of the area. 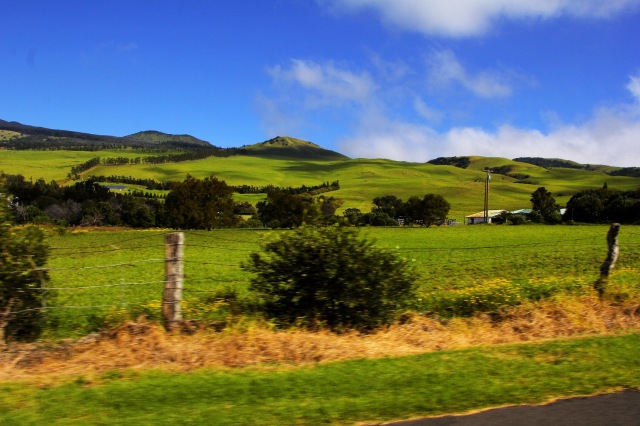 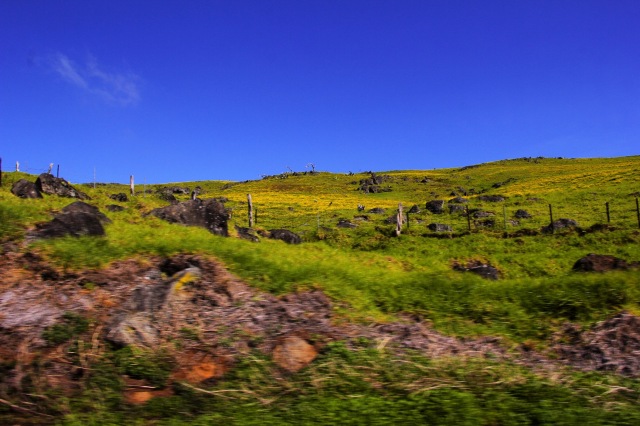 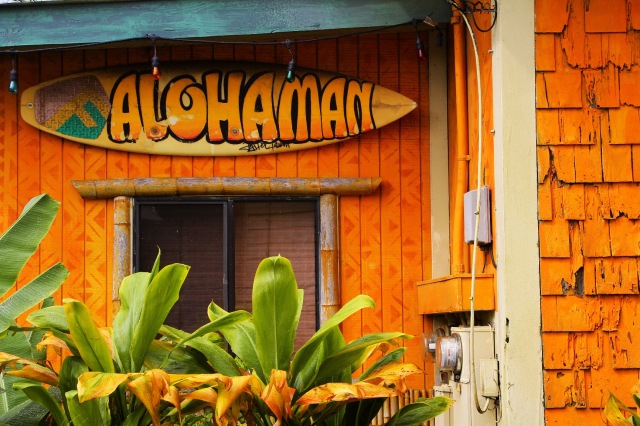 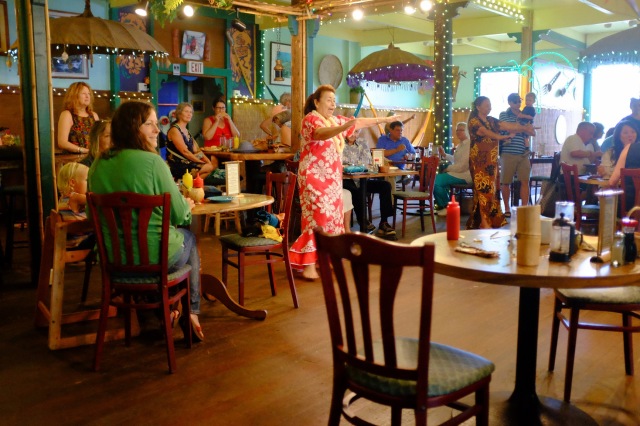 After our time in Hawi we drove along the Kohala Coast, making our way to a few historical parks along the ocean.

The first was Lapakahi State Historical Park, which wasn’t on my list! Brian saw some signs and wanted to check it out so we pulled over and got out to explore.

This ocean front park features the remains of a 600 year old village, including a maze of rock walls leading to and from the water. We stopped to peek in a few huts before winding our way back to the parking lot. 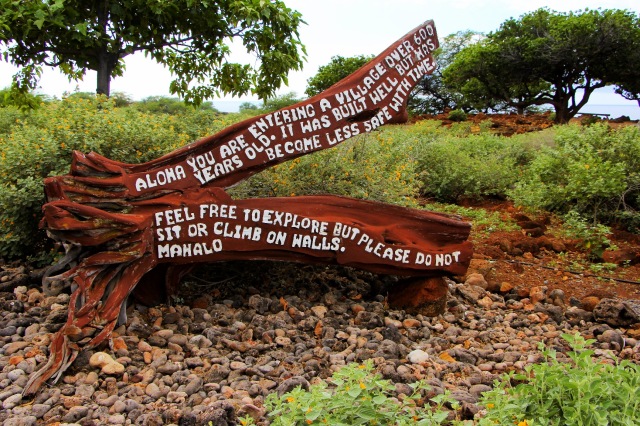 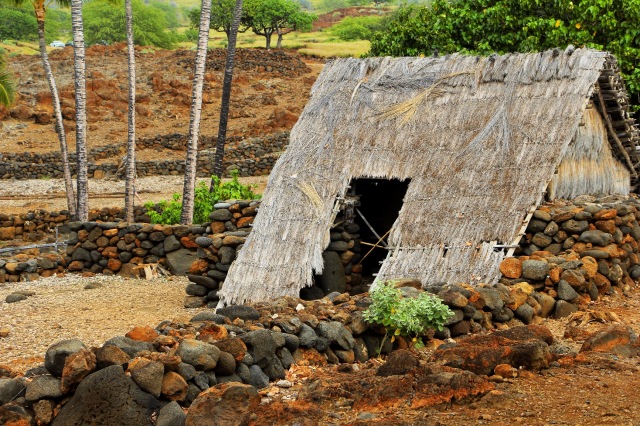 It was getting really hot outside when we arrived at Puukohola Heiau National Historic Site. One of the last major temples built in the Hawaiian Islands, Puukohola was constructed in the early 1790s as a sacred site by King Kamehameha.

There weren’t many people around as we walked the paths back to the stone structures. We only stopped to look for a little while before moving on to find some shade.

We ended by a little inlet where some sharks were circling around the inner waters! We stayed and watched for a while before heading back to our car to wrap up our day.

I don’t know that people always make it to the northern part of the Big Island, but I recommend it! 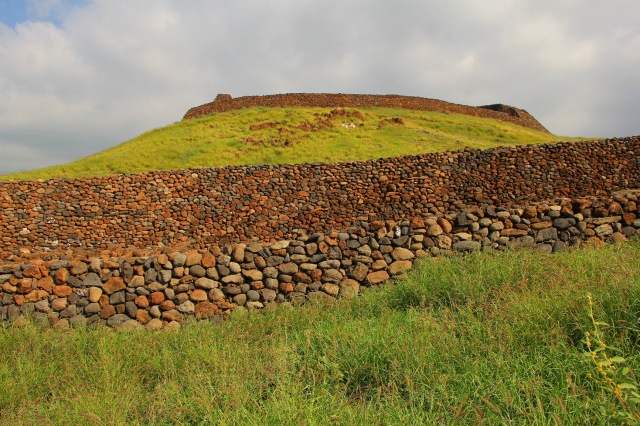