After an incredible day exploring Connemara, we had the opportunity to do something I wasn’t sure I would ever do– we visited the Aran Islands!

The islands are in Galway Bay and one of the few places people still speak Gaelic as a first language. There are three distinct islands that can be reached via boat or plane, but they require some time commitment. It would be easy to spend a week visiting each one and seeing what they have to offer.

Given all of the places I want to visit and explore, that didn’t seem like it would ever be possible for me.

We didn’t have that much time during this trip either– we only had a day–but we made the most of it by catching an early ferry to the largest of the Aran Islands, Inishmore.

The water was choppy, the sky was overcast, but we were determined to enjoy the day.

We bundled up and braved the top deck of the ship on the 45-minute ride to the island and screamed along with everyone else every time a wave hit the side of the ship and sent gallons of salt water in our faces. That’s one way to wake up! 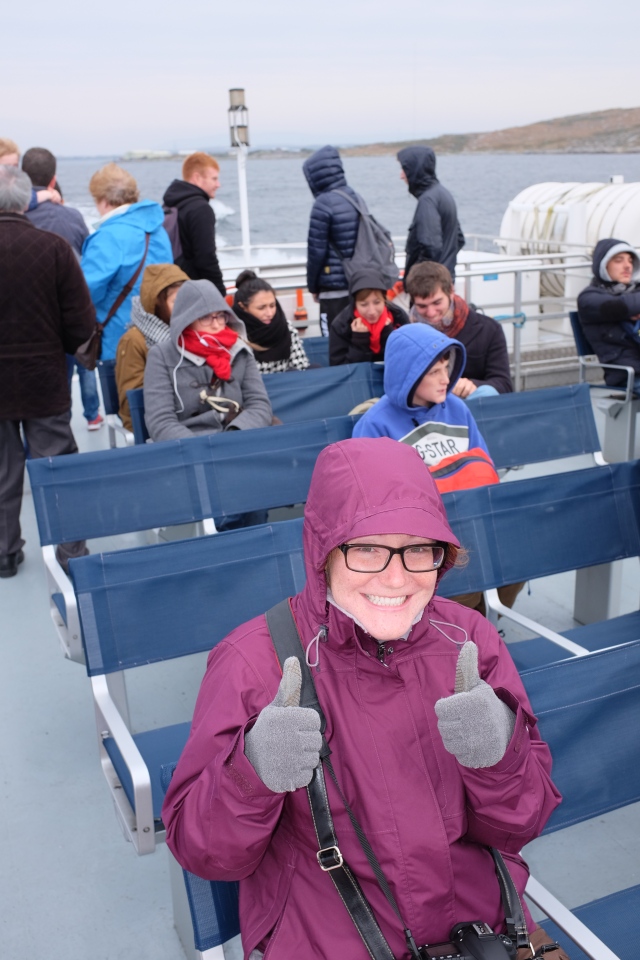 When we arrived on the island many people rented cars or horse-drawn carriages and set off for some of the main sites. Some of the tour groups also had small vans or buses to take them around.

Brian and I rented bikes! We jumped on our well-worn contraptions and precariously navigated the tiny roads to our first destination, Dun Aonghasa.

The remains of this neolithic fortress are along rocky cliffs that drop into the Atlantic Ocean. It would have been a great location to protect. Standing along the cliffs with the wind whipping and the gray clouds rolling by was a little scary but it was also dramatic.

Looking out over all of the stone circles, I could imagine what it might have been. 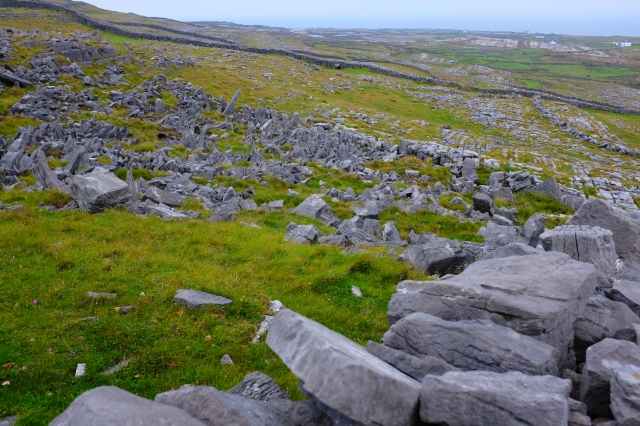 We had left our bicycles at the visitor center so we had to hike back there to grab them before heading on to the Seven Churches.

I am not a very good bicyclist so getting to and from each place, riding up and down hills against a substantial wind was exhausting. Keep this in mind if you consider traversing the island via bike– it’s definitely not flat!

We got to the remains of the churches and walked among the ruins and grave stones, looking at names and dates and taking photos.  It seemed like everyone who had set off via car or horse-drawn carriage disappeared so by the time we were ready to leave we had the place to ourselves.

Thankfully Brian had his tripod so he could take a quick photo of us on our bikes! 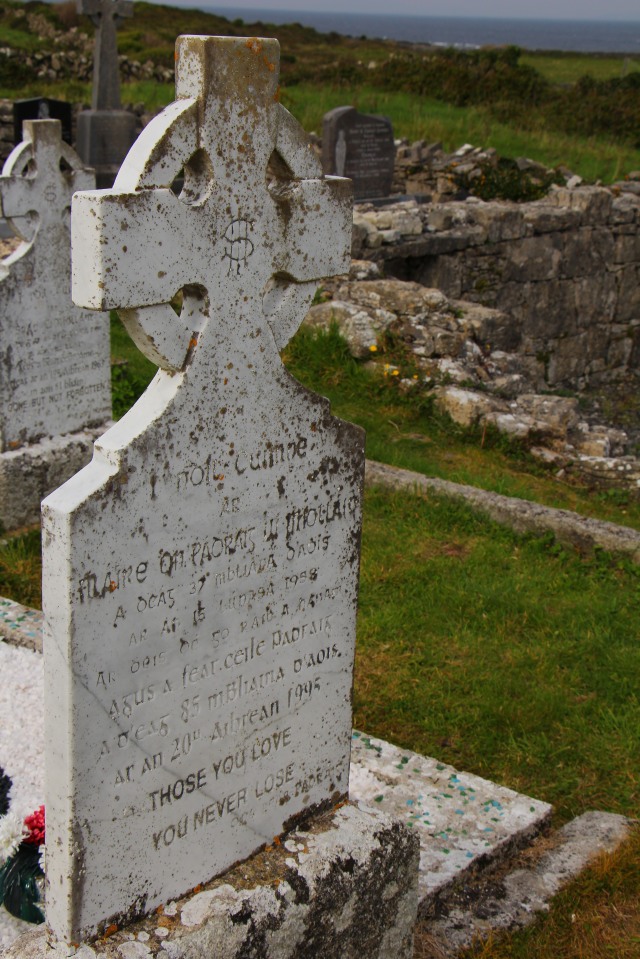 We continued along the coast to a small beach and over to an area that’s usually full of seals and sea lions during the summer.

There was an ice cream/candy stand nearby but unfortunately it had already closed for the season.

We did luck out and get to see one giant sea lion laying on a rock a little distance out. He was rolling around and flexing and looked ridiculous–it was great! 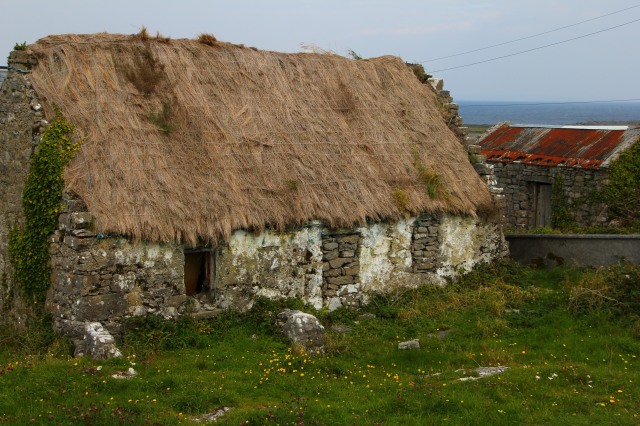 We had quite a ride back to the ferry dock so we started off again. I had pretty much had it with the bike by then. I could barely heave myself up some of the hills and at one point actually got passed by a horse and cart.

I think the passenger felt bad for me, but my husband didn’t. He would bike on ahead and then get off his bike and take pictures of me struggling to ride to him. Love you too, honey. :)

The only upside to this painful ride back is that I had to stop and rest on some of the hills and in the process got to see some ADORABLE animals! Do you not want to hug the baby donkey pictured below? So fuzzy!

The sun had also started to break through the clouds so everything seemed to be looking up. We returned our bikes, Brian went to have a pint of Guinness and I bought a beautiful green Aran sweater. It was a really lovely day!

One thought on “Bicycling the Aran Islands”