One of my favorite days of our recent trip to Ireland was our day in Northern Ireland, driving the Antrim Coast and revisiting a number of spots I hold in my heart from my time living and studying abroad.

We left Belfast bright and early to start our drive north along the A2/Coast Road. Traffic was light, Brian had the hang of driving stick with the wrong hand on the wrong side of the road, and the few clouds didn’t appear to hold any threat of rain.

Our first stop was in Carrickfergus to see the castle shortly after sunrise. I didn’t get to see the town or castle when I lived in Coleraine, although my friend who studied at the Jordanstown branch of the University of Ulster had been there and mentioned in. I don’t know if they ever let people inside, but it wasn’t open when we arrived. We parked across the road and walked over to enjoy the ocean and scenery.

Brian attempted a few photos of us in front of the castle, but the morning dew on the railings complicated the task of setting up the tripod.

He did capture a beautiful picture of the morning light. 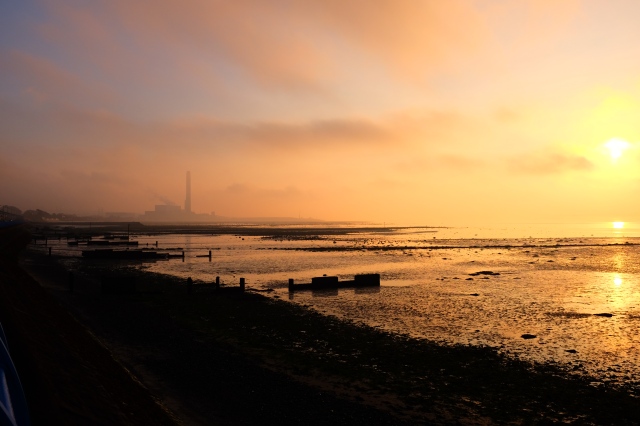 We continued north and pulled over whenever we wanted to stop and take pictures. Every little seaside town was different and charming so it was hard not to stop and see them all! You could easily spend a full day just stopping off at each one and exploring the local shops and pubs.

One I liked in particular was called Carnlough— it had a beautiful old stone marina and bridge. Here are a few of our stops: 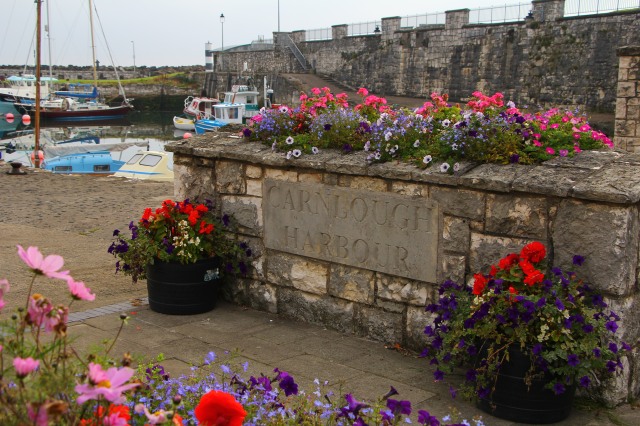 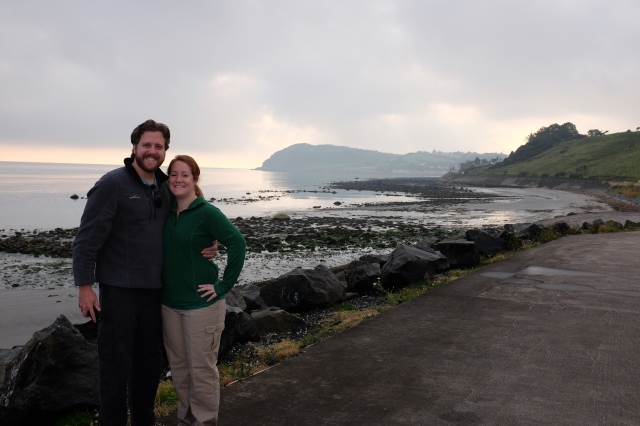 While we spent the morning without an agenda, I was excited for the first anticipated stop on my list for the day, the Carrick-A-Rede Rope Bridge in Ballycastle.

I had heard so much about it when I lived nearby, but as a college student reliant on public transportation, I didn’t have a good way to get there and never got to do it.

The sun had come out, the sky was clear and it was the perfect day to be on the coast!

We parked and hiked out to the bridge and then waited our turn to cross. I was a little nervous–it’s a bit of a drop and the bridge sways as you walk–but Brian is fearless and hardly held on. We spent some time out on the island before crossing back and hiking back to our cars.

From the rope bridge we went to one of my very favorite spots in Ulster, the Giant’s Causeway.

This was my fourth time at the Causeway but my first in about 10 years. Some things are very different–there is a brand new and gigantic visitor’s center, staffed parking lots and fees–you have to pay to park and to enter because it’s now a formal part of the National Trust.

Thankfully all of that is up on a hill and tucked out of site of the Causeway, which is still the same as I remember it– vast, ancient and wonderful.

It was also incredibly busy at the first stop along the well-known rock formations. It became more bearable as we hiked up into the hills and along the paths to the very end of the trail. It’s as I remember– no railings, no caution signs, enter at your own risk. I cried a few times, but believe me, they were very happy tears. 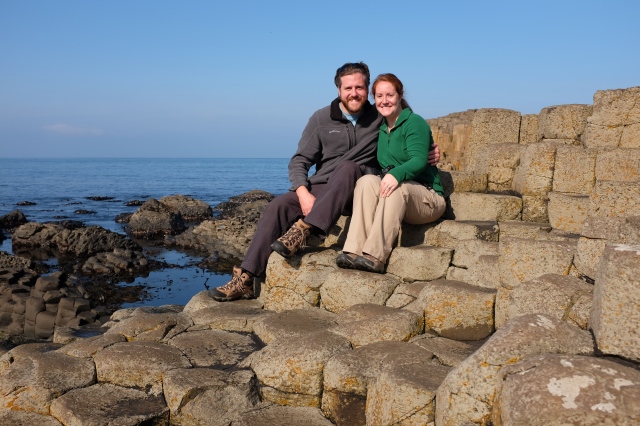 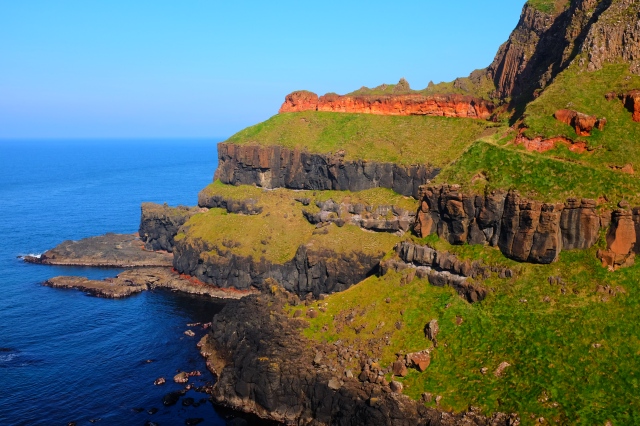 We were starving after our hike so we headed into the town of Bushmills and ate a delicious lunch at the Bushmills Inn Restaurant.

After lunch we drove up the road to the Bushmills Distillery. I did the tour a few times when I lived here and Brian did it with me the weekend he flew over to visit so we decided not to do it again.

However, we did go through the tasting room and buy a few souvenirs from the shop, including a 12-year Bushmills Distillery Reserve that you can only buy on-site for our friends, who were kind enough to watch Seppy while we were away.

It was getting late in the day so we drove from the distillery to Dunluce Castle and made it in JUST before it closed. I had been before but it was Brian’s first time so we explored the castle and grounds to round out our day.

I appreciate that they give you a map of the grounds that explains which rooms of the castle you’re in and what some of the building remains used to be. It’s perched out the edge of an eroding cliff and has beautiful views along the coast.

There’s so much to see and do in County Antrim, but the coastal drive and the Giant’s Causeway were the highlights of our return for me. This place holds so many memories and I was so glad to see it again.