After an eventful trip to Vancouver Island, we were excited for our early check in at the James Bay Inn so we could clean up and set out for our first day in Victoria, BC.

Our inn was only a quick walk from downtown and in a lovely residential neighborhood called the James Bay Area. The quiet streets had incredible Victorian-era homes, many of which had been restored.

While we liked being close to all of the energy of the harbor, it was wonderful to head back to a quiet neighborhood when we were ready to sleep.

It was close to lunchtime and although beautiful and sunny, it was rather hot. We decided to check out the summer food truck festival on our way to the Royal BC Museum so we could spend midday indoors.

There was a fun variety of trucks, and I especially enjoyed their exterior artwork: 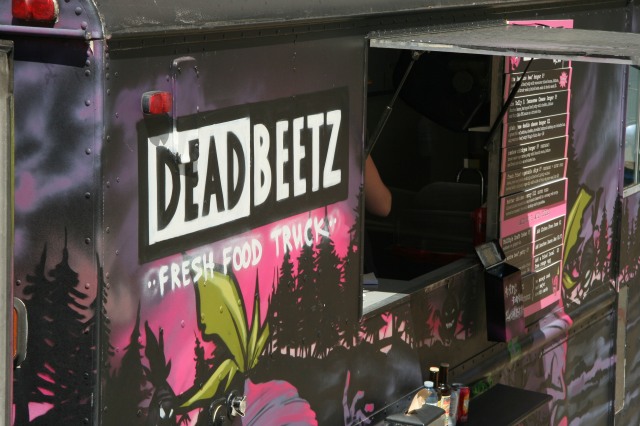 We went for the veggie chips with garlic aioli from Dead Beetz and a yummy muffaletta sandwich from A Streetcar Named New Orleans. There were small picnic tables and benches around the patio so we were able to create some shade as we enjoyed lunch. There were quite a few people milling around shortly after the trucks opened, and I imagine it’s a nice treat for people working in the area to escape for an outdoor lunch during the workday.

The Royal BC Museum was an interesting combination of regional history with some special exhibits about First World languages and the BC gold rush, which I didn’t know much about. There were quite a few people, but we took our time learning about the area and people.

After we had our fill of the museum and the increasing crowds of people, we headed to the harbor and began exploring some shops and restaurants.

There was a neat Irish Imports shop as well as a chocolate shop I read about online. We decided we would just look around day one and decide if we wanted to buy anything later in the evening on our way back to the inn. I loved that the buildings had such character. The streets were also lined with beautiful blooming flowers in hanging pots, large displays, etc. 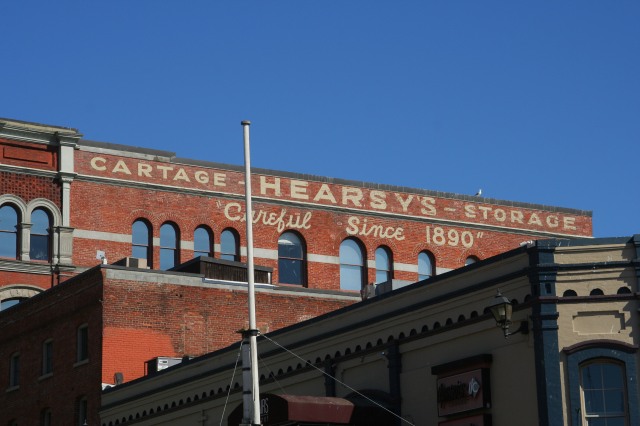 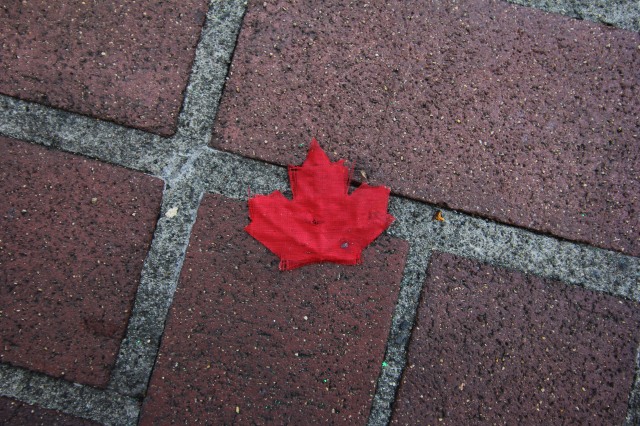 We were both ready for dinner after walking around all afternoon but we decided to stop in for happy hour at several places rather than sitting down for one big meal. We began our food tour at the Bard and Banker Scottish Pub, which was in a 150-year-old bank! It was beautiful inside and we made friends with Alan from Scotland and Cordelia from Alabama who were also sitting at the bar.

I was nearly crying watching the two of them talk to each other– thanks to their accents, they thought the other person was speaking another language. Brian and I ended up as translators at some point, and we were entertained until our cups were empty.

Our next stop was The Guild, and English Pub down one of the main side streets. The tiny wooden bar was cozy and we were ready for some food.

I was craving the hot pretzel but Brian had to experience Bacon in a Glass. Believe it or not, it’s just how it sounds– strips of bacon standing upright in a glass! They are brushed in a delicious maple syrup and hold their form– the perfect happy hour snack but also potentially deadly given the sweet and salty makes you crave another wee drink!

We asked our bartender where to head next, and he said he had just tried a great place called North 48 that had recently opened. He told us to ask for Aaron and described it as a modern tiki bar.

We have only been to one tiki bar– Three Dots and a Dash in Chicago— so we thought we would give it a try. It always sounds like something that could quickly jump the shark so it’s not usually our first choice, but we enjoyed Chicago so we were open-minded this time as well.

We were pleasantly surprised– nothing, aside from the cocktail menu, really screamed tiki. It was busy with some great energy, and we really enjoyed our bartender, who gave us a run down of things to do all over Vancouver Island next time we are here with a car. We had to try the house made cheese whiz with grilled baguettes (pretty good) and the ‘dry ribs,’ which turned out not to be Canadian dry ribs but delicious braised pork belly. They were perfect pairings for our sweet tiki drinks.

Happy hour was over so we walked around the harbor and back to our inn to drop things off. We decided on one final stop at the James Bay Pub, conveniently located beneath our inn so Brian could introduce me to actual Canadian dry ribs. They were delicious!

Our bartender asked what we were doing for the evening, and I was somewhat embarrassed to admit I was ready for bed. We didn’t get much sleep the night before, and we were up about 6 a.m. to catch the ferry and had been walking around all day. He said we had to take one final walk down to the ocean before bed so we acquiesced.

I am so happy we did– the sun was starting to go down so there was beautiful lighting along the paths by the water. Beautiful ending to our first day! 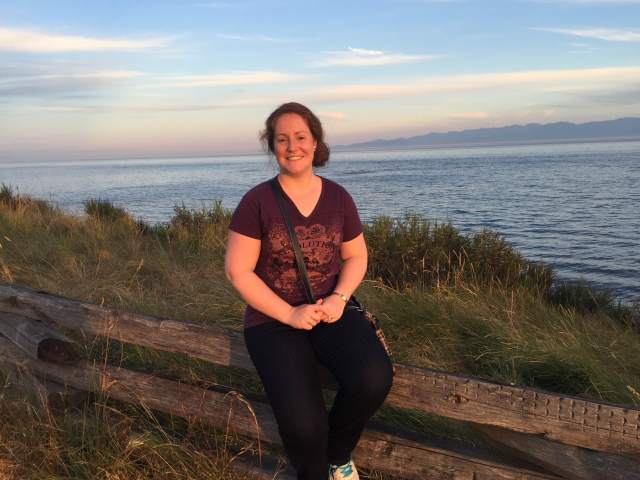 4 thoughts on “Victoria, BC: Downtown, Royal BC and Foodie Tour”