After spending the night in Missoula, Montana, we set our sights north and headed for Glacier National Park. The day was cloudy but the temperature was decent and the traffic was light so we made good time getting to the park.

We took the eastern road around Flathead Lake to avoid the traffic, and I kept ducking my head to try to catch glimpses of the mountains to our right.

We wound along the lake, my husband taking work calls while I drove and enjoyed the view as we approached West Glacier.

We had looked up the park information in advance and were disappointed that Logan’s Pass was closed due to plowing. My husband had taken his motorcycle through the pass years ago, and we were hoping to recreate at least part of the journey.

Unfortunately only the first stop of Going-to-the-Sun road was open, but we decided it was still worth seeing since we had some time. We will just have to visit the park again in the late-summer/early fall to experience the pass! 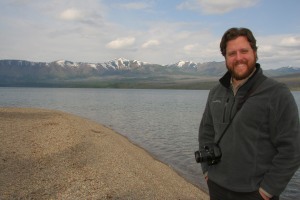 The park has a new visitor center so we took a quick pit stop before heading along Going-to-the-Sun road.

We pulled off at the different viewing points to see the lake and mountains, and eventually drew alongside the river.

Despite the clouds and the limited stretch we were able to explore, we spent the entire morning hiking around.

While the road was closed to vehicle traffic, bicycling and walking were allowed so we walked several miles past the vehicle turnoff point and saw some pretty incredible scenery. There were several people on bikes who sped past us and assuredly made it farther than we did, but we had a beautiful, peaceful walk and were able to take it all in.

The pictures say it all: 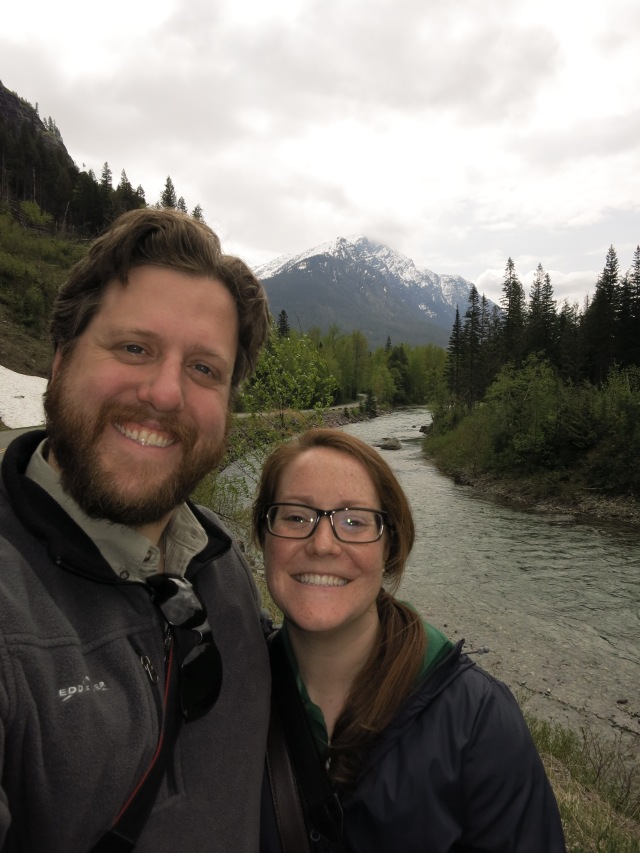 After we walked back to the car we decided to stop in Whitefish to checkout the downtown and the Great Northern Brewing Company. Apparently no one was at Glacier because they were all in Whitefish! The downtown was pretty busy, and I was surprised that we barely found parking outside the brewery. 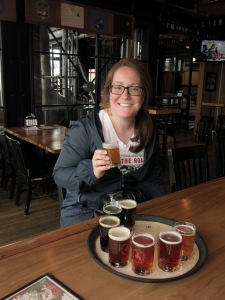 We were the only people upstairs in the brewery for a while so we sat at the bar and tried the sampler. Surprisingly we both liked the weirdest one–it was called the Dark & Ominous, and it had ginger in it which caused a very strong bite at the end–almost spicy! I wouldn’t call it refreshing, but it was hard not to take another sip after you got over the experience of the prior sip. Really interesting!

It turned out the city was hosting the torch ceremony for the local Special Olympics, which is why there were so many people. We saw some signs inside the brewery as we were leaving, and we made it to our car and onto the road JUST before the runners went down the street! I’m not sure how long we would have been parked in– it looked like the run was just ending–so we made it back to the road just in time to miss the crowd.

It was late afternoon so we decided to put in the time to get to Coeur d’Alene, Idaho, for dinner. Early to bed, early to rise! Another awesome day on our journey west.