Thanks to facebook, twitter and a bunch of friends who are connected to everything going on in the world, I find some pretty cool events, concerts and general things to do all over Northeast Ohio, the state and beyond.

Such was the case recently when I saw a friend who is a reporter in Columbus, Ohio, post about the 2012 Wexner Prize Recipient, Annie Leibovitz!

Her brief from Columbus Alive!:

The two pop cultural powerhouses will discuss their roles interpreting, dissecting and presenting American history. The lecture will be held the day before Leibovitz accepts the 14th Wexner Prize, which recognizes an artist “whose work reflects exceptional innovation and the highest standards of artistic quality and integrity.”

I truly could not believe it an immediately emailed the fiance to see if we could go. The trouble was that the lecture was on Friday, and there was no way he would be able to get the time off work to make it to Columbus on time. I was determined to go regardless–two iconic persons from one of my favorite eras in history discussing their work, the time period and their adventures was a once in a lifetime experience.

It occurred to me my parents were probably familiar with them given they grew up during this era so I invited them to go as well! They agreed so I met them at their house, which is on the way to Columbus and we all headed down for the lecture.

The auditorium was filled, and because we arrived early, we got great seats in the balcony, just a couple of rows from the ledge. I bought two copies of Annie’s work ahead of time in case there was an opportunity for autographs at any point (sadly, there was not), so we perused those books as we waited for the lecture to begin.

After a wonderful introduction Annie and Jann took the stage, which was set up like a comfortable living room–just the two of them in arm chairs with a screen behind them. It was a completely natural, off the cuff presentation, which was perfect.

They had prepared slides of photos and just flipped through talking about how the photos came about with lots of personal storied and memories peppered in.

You could tell they’ve been friends and colleagues forever; they continually interrupted and corrected one another throughout, sometimes reminding the other of some event or person that led into a new story. Some pictures they just flipped through and others they spent moments discussing.

I loved the initial photos Annie took of the original staffers at Rolling Stone.  They were really great photos of everyone playing around the newsroom, and I was so excited to see some candid photos of Ben Fong-Torres, Hunter S. Thompson and more. 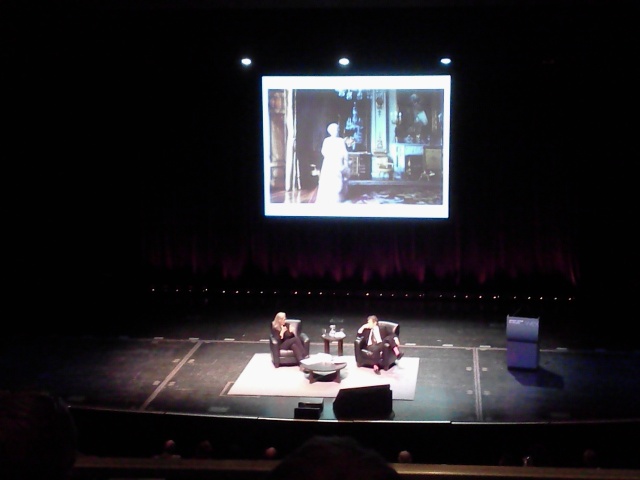 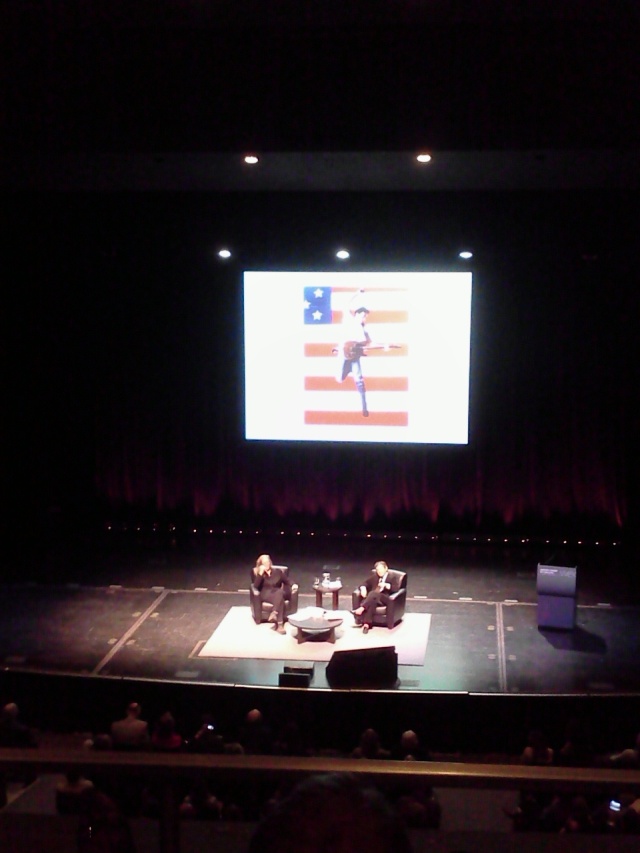 What a brilliant time to live and cover the developing music scene! There were so many great personalities, and both Jann and Annie got to captured them in their written articles and photography, respectively. It was so interesting to hear how Rolling Stone took off, how Jann took a chance on the very young and not yet established Annie, and how their careers developed together and then in parallel once she left for other opportunities.

She captured so much history, and the lecture flew by. Following, we were able to go tour the exhibit of her work. There were so many people, it was difficult to get around to every room, and because the lecture went over the time limit, we had less time to run around. We stayed until the final five-minute warning and still didn’t quite get to see it all.

I did stop in the bookstore because they were selling signed copies of some books featuring her work. I bought two–one for me and one for my friend who wished she had been able to attend. They were quite expensive, but the book itself was great and then having her signature was even better.

I was so excited to get to go, and I was really happy to have my parents along. They were surprised by some of the stories as well, and I think we all learned a lot about the time period and the personal experiences of two individuals who were on a first-name basis with some of the most well-known musicians, political figures, pop icons and more of such a transformative decade.